Los Angeles' favorite dandy, Daedelus, does it again. Known for always coming up with some genre-bending and mind-veering music, this time he makes us look with the far-out video production of his track "Tiptoes". Featured on his latest album, Drown Out, and also showcased as the elected track for a recent remix competition set up with Karmaloop, "Tiptoes" now goes through the visual treatment of director Michael Wingate.

Following the chiefly organic feel at the beginning, the video begins with a raw digital rendering of a gridded landscape with geometric figures spread out on a virtual plane. Later evolving into a more animated arena, the digital voyage goes through a 3D rendering and enters a surrealistic portal that follows an unknown entity making its way through this episode. From walking on waterfalls, to swinging on purple-tinted trees, the happenings seem guided by the heavenly chorus vocals that remain apparent through the song's entirety. With so much going on in this video, it's quite easy to look at this and just say "Huh?!" every now and then. And if you do feel yourself lost trying to understand what is going on, let's remember that all of the music our fellow dandy makes is meant to be guided by our emotions.
With that said, don't be afraid to let your imagination run freely on this one. Enjoy! 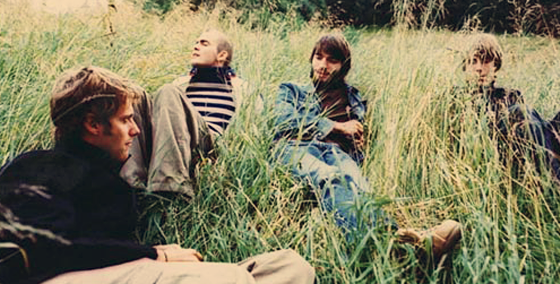