On occasion an EP falls into our hands that really, really, holds our attention and the first EP release Tryst from Boston based -and Berklee College of Music bred- five-piece group CliffLight certainly qualifies. Their initial effort is extraordinarily well produced, promoted and smooth as the musicians themselves, but the musical content itself is much deeper than what we see in the outer package. Intriguing and intimate music videos that connect with their audience also accompany essential tracks “Smokeshow” and “Powerlines.” CliffLight is on top of the current trend, which is an electronically based band with indie undertones that has the ability to move considerable crowds in a live venue. And the EP itself has moved extraordinarily fast, with a write-up in esteemed publication The Boston Globe and attention from multiple sites in the Internet blogosphere only a month after being released. CliffLight has given us the privilege to release their remix of “We Are One,” off of the Tryst EP as an exclusive on our site. This EP is extremely well thought out and it is obvious the group allowed their ideas adequate time to percolate, and come to know each other as musicians and human beings.

The members describe the process as,"We want to create a unified sound that runs parallel with the integrity of each of our souls, and that challenge is an inspiration in and of itself. We’ve been experimenting with each other’s tastes and developing our ‘sound’ over the past few years, coming into ourselves more as producers, songwriters, and most importantly as musicians. I don’t think that process ever really stops happening. We’re just going to keep peeling back more layers of and reach the core of ourselves as musicians and as humans.”

Tryst itself began in musical trade-offs from Boston to Philadelphia between founding members Cliff Kuhn-Lloyd (Vocals), Sam Burke (Synths /Production), and AJ Schortman (Drums/Production) via Dropbox over a period of two years before they were able to collaborate on the production and vocals in person.

The addition of Harry Foster (Bass) and Blair Pershyn (Guitar) elevated them into a dynamic music group, and began to make CliffLight a reality. The romantically based and raspy tones of Lloyd’s vocals enhance the MIDI controllers, analog synths, live and electronic drums with live guitar and bass parts that breathes life into the live performances, which I saw for myself at their EP release show at Club Church back in September.

Opening track “Wonderskin” features percussive piano lines, layered and chopped up vocals that spread evenly across the flawless production techniques. It eases the listener into Tryst while still opening up the EP with a bang. “Wonderskin” is both danceable and headphone worthy.

Crowd-moving track “Smokeshow” is a straight up four to the floor nu-disco flavored rendezvous, and is positively seductive. It tempts, and even in the opening strains attendees -especially female ones- had already crowded in the front of Club Church. They have it and the ability to move crowds will take them far. The accompanying music video that features vocalist Kuhn-Lloyd was the first released by CliffLight, and the visuals are as tantalizing as the track itself.

Essential track, and leading single “Powerlines” is a powerful, mid-tempo ballad with some dubstep undertones. The track is, at it's core, a song that outlines love and loss and perhaps the idea of releasing that love into the universe for a more positive result. This idea is perfectly reflected in the production and lyrical content, and only enhanced by the accompanying music video, which gives the listener an intimate look at a live CliffLight performance.

This one will, as Lloyd sings, “Break your heart just like a heart attack,” and as the production builds up into a slow burn it is apparent why. The track truly gets to you, with a steady beat, sinfully delicious synths and production beneath the low-toned, and raspy vocals.

“We Are One,” is perhaps the most laid back track on the EP and the delicate production provides a foundation for Lloyd’s lyrical flow, and romantic vocals. There is a sort of beautiful melancholy to be found here, and that feel is only enhanced by appropriately dramatic string samples.

Personally, I am ecstatic that we got an exclusive on this. The CliffLight remix of “We Are One” still possesses that laid back vibe of the original, but is kicked up a notch, and is infinitely more upbeat. Some quicker drum samples work wonders for taking the track to the next echelon of awesome live-performance based electro pop.

I think that we can say with confidence that CliffLight has a promising future ahead of them. Berklee is a veritable melting pot of musical talent and networking opportunities, and even years after graduation, or even dropping out, many students will continue to discover resources that they never knew existed.  A musician does not necessarily ‘choose’ Berklee, they are more chosen for it. Their first effort Tryst has a level of lyrical depth and musical passion that differs from the standard, with the potential to become a radio crossover, a venue crowd pleaser, and an EP that can simply be listened to on a long walk through the city. 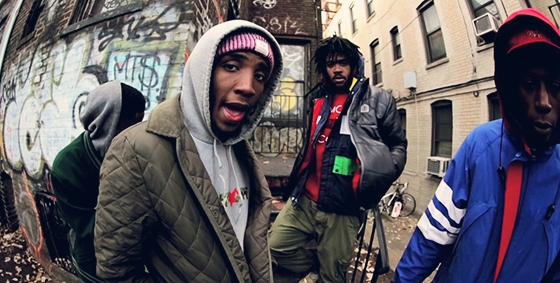 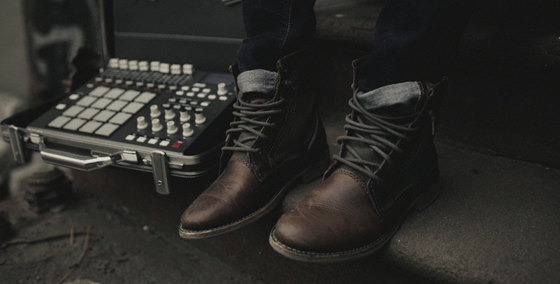