British emcee Paper Plates, who premiered his previous project Degenerate Art on Earmilk a couple of months ago, is back with a brand new project for your listening pleasure. Having had great success alongside Juna Cosmos with Degenerate Art, Paper Plates has this time teamed up with Kinetics to produce A Life In The Way. Kinetics is primarily a drum and bass producer, but as part of his university course decided to collaborate with Paper Plates and produce a four-track EP.

Unlike Degenerate Art, this project is made using live instruments in a recording studio to give the EP a much more organic feel. This is something that the duo have done really well, and the style in which Paper Plates raps over the instrumentals doesn't sound out of place. The instrumentals fuse the drum patterns you would associate with hip-hop, with pianos and guitars that sound more jazz-influenced. This makes A Life In A Way stand out amongst a lot of the EPs and projects that fellow rappers are bringing out at the moment.

You can stream A Life In A Way below, and it is available to purchase for a "name your price" over on Paper Plates' Bandcamp. Also, if you like your drum & bass, definitely check out Kinetics' Soundcloud for some fresh new D&B. 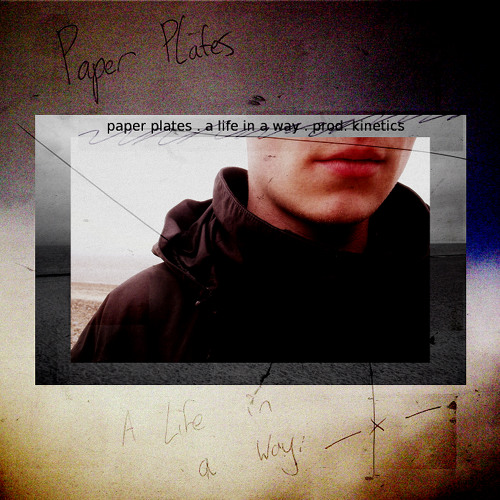