While relatively new on our radar, New York-based blues/hip-hop duo CharlieRED don't quite fit the bill of newcomers. With their well-received 2012 EP, Religion already under their belts, the creative twosome singer-songwriter Rocki Evans and producer/musician Cobaine Ivory have come to our attention lately with their latest track "GreenGREED".

If in search of trendy fad rap with materialistic and equally superfluous lyrical content, none of the aforementioned qualities can be found on CharlieRED's latest track. As the title suggests, "GreenGREED" takes full aim at greed, or what Karl Marx would best identify as a motivating factor in capitalist society. Quick lecture on Marx and political economy aside,"GreenGREED" finds Evans crooning about the undue importance placed on the "almighty dollar" over gritty and bluesy production delivered by Ivory. With it's unforgiving message and social commentary "GreenGREED" plays as a modern-day protest song with an age-old message that till this day rings true.

"GreenGREED" will land on CharlieRED's upcoming album, MUSE which is slated to drop August 20. In the meantime stream "GreenGreed" above and check out CharlieRED's previous project Religion. 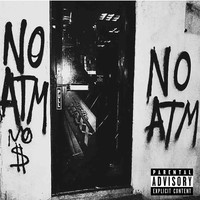