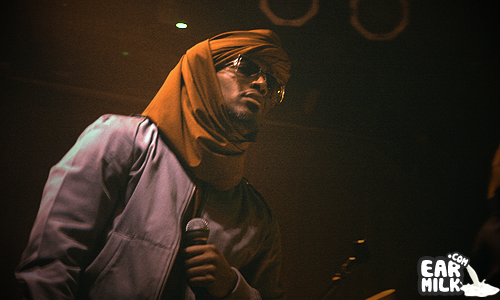 It has been almost two years since indie darlings Shabazz Palaces released their Sub Pop debut, Black Up. The psychedelic, experimental project received rave reviews from critics and made quite a splash around the blogosphere. Now, with the music fully digested, one of the album's most potent tracks, “An Echo From The Hosts That Profess Infinitum”, gets a visual filled with scenic views and barbed wire fences. The eerie slow motion black and white scenes fit perfectly with the chilling vocal sample and borderline anti-establishment content. Check out the video below, and buy Black Up on Amazon.