9 years ago by Rachelle Jean-Louis 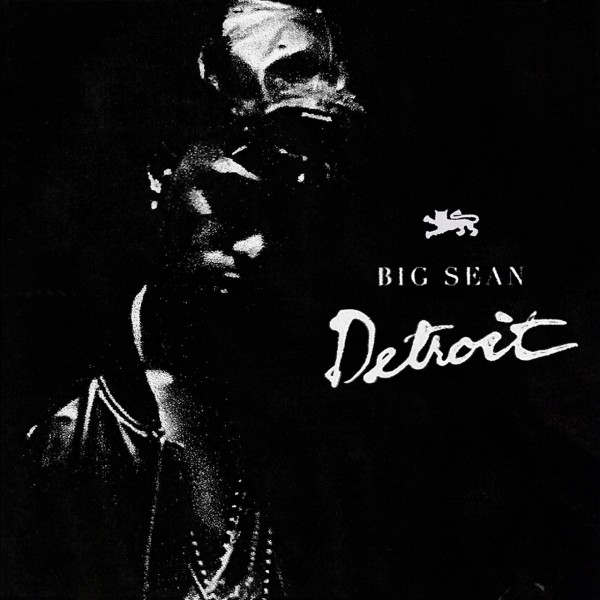 Oh God! It’s been over a year since Big Sean dropped a project, and with the way Detroit sounds, he doesn’t even have to apologize for the wait.  The G.O.O.D. Music emcee took to Twitter to release his long-awaited Detroit mixtape, and it definitely lives up to the hype.

Detroit may be a mixtape in theory, but each track features original instrumentals and crisp mixing reminiscent of an album.  Then again, it could also be the fact that this project is laced with features and interlude stories by rap legends to satisfy any hip-hop fan.  In addition to features from rappers like J. Cole, Juicy J, King Chip (formerly known as Chip the Ripper), Royce Da 5’9, Kendrick Lamar, Tyga, Wale and Wiz Khalifa (with the last two on the tape’s final bonus/hidden tracks), Common, Young Jeezy and Snoop Lion recollect their first encounters with Sean Don’s home city, helping the tape flow seamlessly. Detroit features production from Da Internz, Hit-Boy, Million $ Mano, Young Chop, BP, Southside, Lex, Olympicks, Rami Dez, Don Cannon and Sean's longtime collaborator keY Wane, whose melodic piano-laced beats ("24k of Gold" and "I'm Gonna Be") continue to provide signature backdrops for the D-Town rapper.

At its core, Detroit is more than Sean bragging about fame, money and girls. Detroit shows that he's anything but satisfied with his progress thus far.  Big Sean is still hungry for more success, and wants to solidify his position in today's hip-hop culture for good (no pun intended). The Michigan-bred rapper talks stress, family and goals on the Royce and Kendrick-assisted "100," spitting:

"Niggas wanna catch you slippin like they pulled the rug/From where they move the drugs, Buddha love/Niggas sleeping with that Mac and I ain't talkin bout computer love/All the wrong people you a price tag/Now you pray to God hoping that you got a Christ tag/Make it where I'm from, stay who I become/Time to raise hell, Satan ain't my son/Take an elevator straight up out the slums to a penthouse view/And have the fam there too."

He then elaborates on previous mistakes throughout the eerie, ominous "Once Bitten, Twice Shy", one of the more insightful tracks on Detroit.  "Sellin Dreams" features a symphonic backdrop by Da Internz, a crooning Chris Brown and an honest Sean telling the story of a no-strings-attached relationship gone wrong.

"What was no strings attached got tangled when/Fun stopped being fun, and feelings tried to finagle in/We had that independent love, you tried to bring a label in/Girlfriend? Man I already got one/You need a good guy and I'm already not one/She said "We lost a kid already, and I'm already not that young/My biological clock is ticking, I'm not just trying to have fun"/Shit's way different from us first chillin/Sometimes last words can have the worst ending."

There's no stone left unturned on Detroit, simply put. I mean, it would've been dope to see Eminem on the Detroit tribute (can you blame me?), but then again, this is a mixtape. Big Sean has shown that he's progressed lyrically, as he usually does via his mixtapes. In just 4 days, the tape received over a million downloads on Datpiff. His untitled sophomore album is due out for release later this year, and if it's as solid as Detroit...Well, you get it.