It's been awhile, but I present Mashup Mondays again. With the absence of Mashup Mondays over the past coupe of installments, I've worked with mashup heavyweight Kap Slap to not only display his Back To School mix but also to give you guys the chance to win a free pair of SOL Republic headphones. What better way to listen to his mix than with this bass thumping, aesthetically stylish headphones? Check end of the post for instructions on how to win you a pair of SOL Republic headphones courtesy of Kap Slap.

But Mashup Monday is still all about the music, specifically mashups. Kap's Back To School mix is a heavy infusion of upbeat, synth-tastic, and bass heavy electro music mashed with a mix of Top 40 acapellas and electro vocals. With the mix being 6 seconds over an hour long, you can expect to hear a wide assortment of pairings that will be sure to pique your interest. While I wouldn't say this completely at the level of Kap Slap's AA: Audio Appropriation, it is still an extremely solid mashup mix if you're into electro-heavy material. Speaking of solid mashups, my favorite girls over at The Jane Doze have created their magic once again with the likes of Katy Perry, Felguk, and Gemini. Darth Vader's remix of Felguk's "All Night Long" paired with Gemini's "Graduation" overlaid with Perry vocals has the ability to really make your system ooze with musical goodness with just the right enough of synths in the buildups, and an excellent amount of bass in the "drop". If you happen to be in the Chicago area, make sure to catch them at Studio Paris. I may just be dropping by to see them in celebration of my birthday too.

You ever have a track that just seems to get stuck in your head, and you're like "Damn it, when will it stop?!". You know, those tracks like LMFAO's "Party Rock Anthem", Carly Rae Jepsen's "Call Me Maybe", Far East Movement's "Like A G6" feat Dev? Well tack on Psy's (you know that guy from Korea?) "Gangnam Style" to that list. The beat is simple enough that you will quickly pick it up, the vocals are easy enough (granted it's in a foreign language) that you can repeat it incessantly, and now newcomer Steve Streza has mashed it with "Party Rock Anthem", "Like A G6", "Pretty Fly (For A White Guy)" by The Offspring, and "Bad Touch" by The Bloodhound Gang. Now I'm not saying the track is perfect, there were some parts of the mash in which I thought some of the vocal samples were a bit forced, but for the most part I found myself (strangely) enjoying this odd conglomerate of catchy tunes.

One thing I really enjoy is when a masher takes another masher's work and reworks it in his own manner. A mashup of a mashup? Yeah, it sounds strange but oddly enough it has the amazing potential to really vibe with me. In this case, I'm talking about DJ Prophet's "You'll Find A Lullaby" which takes Santigold "You'll Find A Way" with Frail Limb Purity's edit of The Cure's "Lullaby". Santigold seems to fuse well with the "Lullaby" edit, creating a harmonious pairing. Some parts were a little off, but I would have no problem putting this on blast while driving all around the city.

And finally, it may just be me but it seems as though I've been on a Lana Del Rey kick lately. It could be due to her upcoming (or is it already released?) GQ cover/spread, but DJ BgM puts her "Born To Die" with Chris Brown's "Don't Judge Me". Yeah, Chris Brown doesn't have the greatest of reputations at the moment (beating a lady will do that to you), but he takes on an even more thoughtful and regretful sound when Lana's instrumental is the backing track. An argument can be made that this track really isn't too much of a reach in terms of difference of instrumental sound, but when a track sounds good, it sounds good. So check out the tracks described above as well as the many other tracks that I have listed below.

Giveaway Instructions: To enter Earmilk's and Kap Slap's SOL Republic headphone giveaway, tweet about this week's installment of Mashup Monday. Make sure to tweet to @earmilkdotcom and @KapSlap in same tweet with hashtag #KapSlapMashupMonday. The winner will be chosen randomly and contacted by next week's installment. If you're especially digging Kap's mix, make sure to "Like" Kap Slap's Facebook page here.  Good luck. 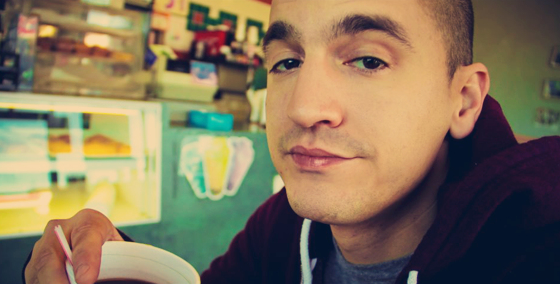 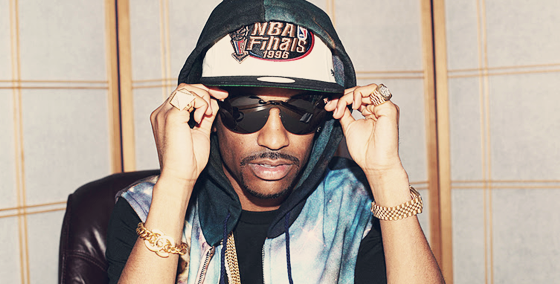