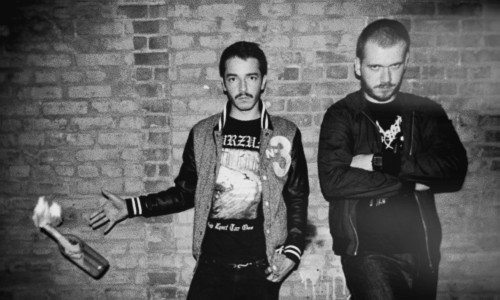 What’s yellow, rhymes with ‘limp’ and throws down some of the nastiest tracks in electronic music? Why it’s Mustard Pimp, the Parisian duo comprised of Baron and eKa, who have become mainstays of the Dim Mak record label for years. The two appeared on the scene in 2007, exploded with the Aoki crew in 2010 and have been running amok ever since. Soon they will be coming to North America for shows in Almo, Canada on August 9th and Electric Zoo in New York on September 1st, but you should definitely check out their Soundcloud beforehand for some awesome mixtapes.

Out now on the Wonderland - Remixed compilation is their remix of “Ooh” feat. Rob Roy by Steve Aoki. Right from the get-go there’s a myriad of sounds assaulting your ears: this dark undulating sound in the background, harshly distorted vocals and a funky electro-piano melody. All of these combine into a drop, where you have this amazing descending synth line that takes you further and further down the rabbit hole.