Today's delivery is brought to you by Easy Star All-Stars. Recently this super reggae collective have made a name for themselves, over the years, by producing some of the finest reggae remixes of classic tracks. I first came across them when they released Radiodread which took apart Radiohead's OK Computer album and reassembled it with Jamaican jerk flavor. They continued releasing a mixture of remixes and original material all while honing their skills. And since they had already tackled some of the greats including Radiohead, Pink Floyd and The Beatles; they finally decided on giving Michael Jackon's Thriller a try which leads us to their latest album,Thrillah. Easy Star All-Star easily transforms Thriller's classic tracks into a dubbed out experience that travels through euphoria and nostalgia, all while giving these tracks a brand new sound in the dub arena. The track I'm bringing to you today is "Beat It" which really needs no more introduction. Check out the track and chill.... 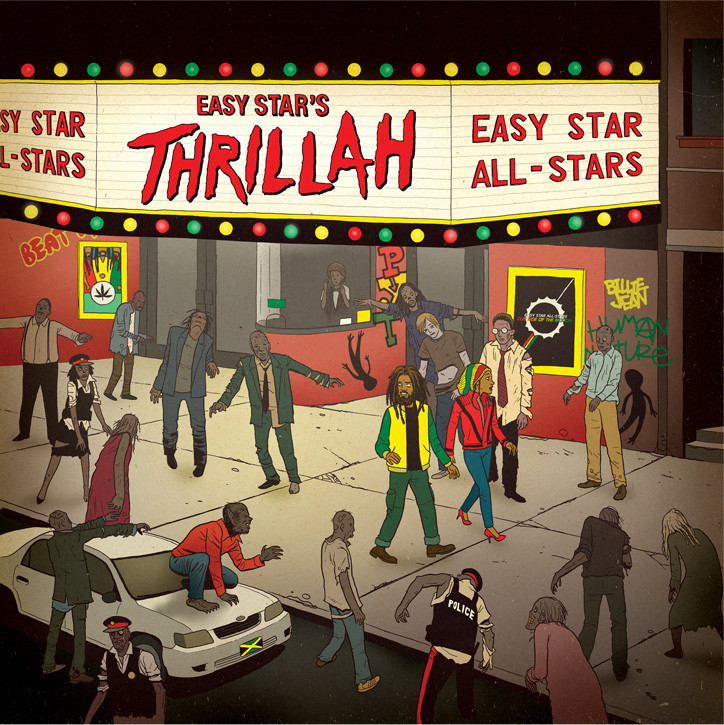