Pusha T, one half of coke-rap's finest duo The Clipse, unveils the latest track we can expect to see on the forthcoming GOOD Music compilation Cruel Summer (which has an accompanying short film which was debuted at the Cannes Film Festival). Since aligning himself with the Kanye West-led GOOD Music family in 2010, Pusha T has pushed aside the paranoid cocaine rap for the bigger, braggadocio raps that come with being affiliated with Kanye West.

As shown in recent Cruel Summer teasers ("Mercy" and "I Don't Like (remix)" ), Pusha T finds himself in his comfort zone with potent verses and confident delivery. The King of R&B The-Dream delivers a chorus supporting of  the subject matter; rap "beef" (presumably with Drake and the Young Money clowns) and how weak other rap posses are compared to his. This track is another example of the overtly grandiose rap that has picked up pace in the past couple of years thanks to Kanye's own (masterpiece) My Beautiful Dark Twisted Fantasy, Watch the Throne and Rick Ross' Teflon Don.

It's music enjoyable simply because of the personalities, and the ridiculousness of the stories portrayed. Similarly, I'd love to see The-Dream join the GOOD Music team, just have a listen to his back catalogue (LoveHate is a classic). Cruel Summer is scheduled for a Spring 2012 release, and if the rest of the tracks are anything like what we've received so far, then get excited. Stream "Exodus 23:1" below. 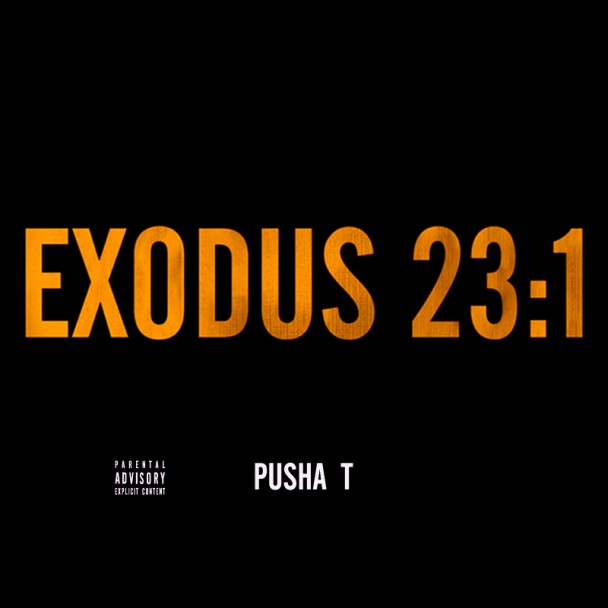 this shit gets my dick hard