12 Mutek Artists to Crush On 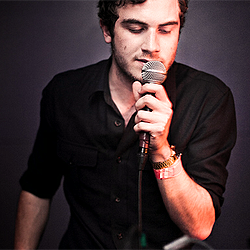 This choice may be predictable, but sometimes, things are predictable because they're the right answer, and we couldn't help but place Nicolas Jaar as our #1 pick. He's the kind of artist who's backed by a long-term artistic vision; the sort that you respect even if you haven't completely calibrated to his music. Newly graduated from Brown University, he's been running the Clown & Sunset label since 2009. He made a meteoric rise to relevance last year, and you'd be a fool to miss him at Mutek, regardless of your current familiarity with his work. For two hours of galactic aural glory, you can check out his BBC Radio 1 Essential Mix from last weekend for a preview. At Nocturne 3, June 01, 22:00 - 03:00. -Alyce 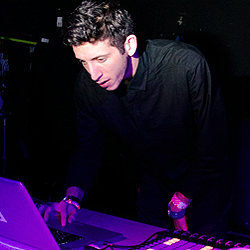 Words can't really describe my love for Shlohmo, but if I had to pick two, I think I'd go with (hide your kids for this one) "raging boner." The Friends of Friends / Wedidit prodigy had a 2011 that could put any of us to shame, with two EPs and his first LP Bad Vibes. His live shows are the perfect blend of ambient, spacey beauty and down-and-dirty hip-hop to get the boys and girls grinding and grooving in unison. Grab the closest friend, foe, or inanimate object for this one, you'll need someone to channel all this energy onto. His remix of The Weeknd's "Crew Love" is an improvement on the original, and if you can improve perfection, you've got something going for you. At Nocturne 2, May 31, 22:00 - 03:00. -Alyce 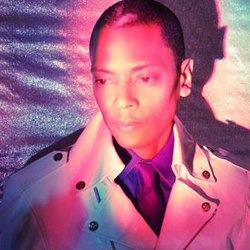 A definite no brainer, Detroit's Jeff Mills is a techno icon and a focused visionary for electronic music in general. He's been breaking barriers since the early 80s under the pseudonym the Wizard and has continued on in the past 30 years with no signs of aging. It was "The Bells" that made a mark on millions and at his Mutek debut, he's sure to crater the festival with live cuts from his albums Sleeper Wakes and The Messenger, analog et al. Some say he's an alien, an extraterrestrial raconteur that can piss on a crowd with nothing but a 909, a feat R Kelly could only dream of. Expect a story to be told, and your taste to be ignored. With ears glued to the contemporary ship heading for space. At Nocturne 2, May 31, 22:00 - 03:00. -Lukas 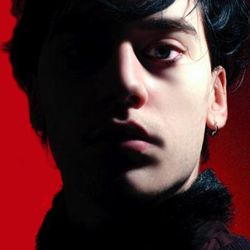 Another Detroit darling to top our chart, Jimmy Edgar is the epitome of cultured dance music selection. His work revels in anything with a tight groove and stable drum beat. Dabbling in funk, R&B, jazz influences on his native house and techno canvas. Riding on a wave of hype after his recent album release Majenta on the steaming forward thinking label Hotflush Recordings. Seductive in his productions, and when he's on deck see him take shots at all of the genres cueing up warehouse hits of the future. A set bound to create a lot of buzz as Jimmy transcends his knack for authenticity and nonchalant style. At Nocturne 3, June 01, 22:00 - 03:00 -Lukas 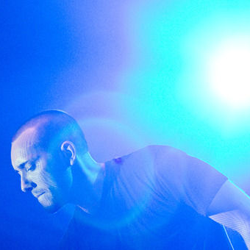 The always crafty label honcho Salva is the man to point to when your mouth runs dry of forward thinking yet sensible experimentation. A fresh face in bass music but one that has already cemented his own sound in the scene with an EP out on Friends of Friends and strew of remixes for the likes of Marble. Heading his own imprint Frite Nite the long road is looking swell for this Red Bull Academy graduate. And it only makes sense that he makes his own pitch on the first night of Mutek's Red Bull Academy Stage. Prep yourself to hear cuts from Frite Nite's first, a heated collaboration between Grenier and the man himself, as well as future releases from B. Bravo and a Trouble and Bass collision with 5kinAndBone5. At  Nocturne 2, May 31, 22:00 - 03:00. -Lukas 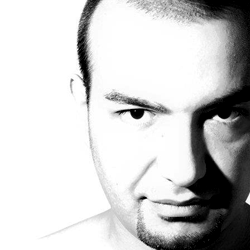 Bulgaria's acid junky KiNK known for taking any remix package over the top will be touching down for the first time in Canada to play at MUTEK and techno contemporaries couldn't be more excited. An analog wiz taking his patches to the grave, his tracks are noted for having a raw aesthetic that sounds genuine and manicly groovey. If KiNK doesn't get the kids dancing I don't know what will, a loosely quoted surrender to his "Body Acid" remix uttered by Erol Alkan. You can expect him to pack heavy as he brings pieces from the studio along not to play but to make on stage. A testament to what the festival is about, creative expression in the present moment.  At Experiénce 4, June 02, 14:00 - 19:30. -Lukas 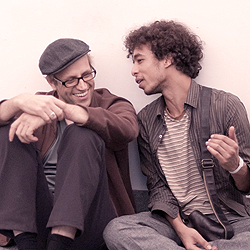 Berlin's minimal techno/tech dub outfit Monolake is primarily the solo project of multi-disciplinary artist Robert Henke although collaborator Torsten Pröfrock is an official member (formerly, it was the duo of Henke and Gerhard Behles, but now, Behles focuses on running Ableton - which, yeah, Monolake invented), just can't seem to put on a single-dimensional performance, and we're definitely not fretting it. Their releases on Chain Reaction and then their own imprint Monolake/Imbalance Computer Music have been a perfect balance of stringent quality and prolific quantity (the latest being LP Ghosts). With a past Mutek performance bringing a matrix of balloons, you can be sure that Monolake's performance will appeal to all of your senses, melding music, art and technology into one. At Nocturne 2, May 31, 22:00-03:00. -Alyce 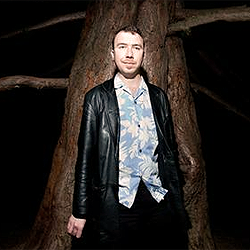 Having co-founded Skull Disco with Appleblim in 2005, that phrase is an apt description for revered UK producer Shackleton's music, a dark, hypnotic take on dubstep that's light on the embellishments but heavy on the bass. His Fabric 55 mix from 2010 is a recent classic and his collaboration with Pinch last year is darkly delightful. He just released a double EP in his signature style, Music for the Quiet Hour / The Drawbar Organ, that's totally worth the extra attention that it requires. While his productions may be subtle and contemplative, his live sets have a reputation for being ear-shattering, multi-layered bass harassments that will tear the room to shreds and then build it back up again from the pieces. At Nocturne 2, May 31, 22:00 - 03:00. -Alyce 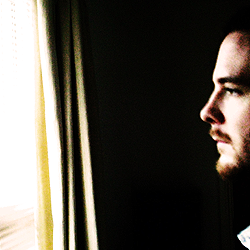 With mixes for Resident Advisor, FACT, and XLR8R (who named him one of 2011's top 20 artists) already under his belt, you may or may not know BNJMN (who's also produced under the Jackhigh moniker) yet, but there's a good chance you will soon, and now he can check MUTEK off the list of tastemakers passing him accolades. Last year, he had two album releases on Rush Hour, Black Square and Plastic World, which meld techno and house danceability with a dreamlike, experimental, densely layered aspect (the real magic of his productions). Inspired by nature, we can be sure that BNJMN will bring something uniquely organic to the club experience. At Nocturne 3, June 01, 22:00 - 03:00. -Alyce 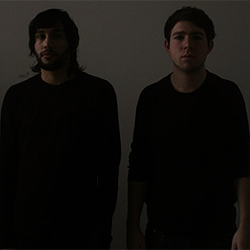 Sharing a hometown with the MUTEK festival, Milo Reinhardt and Xavier Léon create ethereal bass music as Sibian & Faun. As of now, the duo remains something of a mystery, but uncertainty and discovery are half the fun at a festival, and from the sparse sampling of productions and mixes by these two that have made themselves available, I'd say they're more than a safe choice for MUTEK, regardless of what direction their live set takes. They have a habit for ghostly atmospheres and eerie grooves, and their production sense is keen without a doubt. Not to mention they'll be playing at the same showcase as Shlohmo and Salva. At Nocturne 2, May 31, 22:00 - 03:00. -Alyce 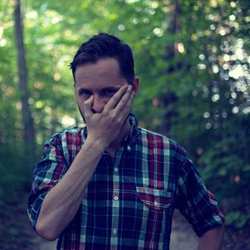 What may seem like a dewy name Nautiluss has actually been around for quite sometime. Striking fame with Toronto singer Isis in 2006, a project that would quickly take him to the shore as the bitcrushed booty house duo Thunderheist. An unresistable urge to explore the depths of niches within house and techno has since caused him to break off from the school of pop into his current solo project and the result couldn't be more canny. Catching the attention of Tiga in a flash, his solo debute EP Alpha was put out on Turbo Recordings and judging by the sound of his recent success diverging back into sea was well worth it. Catch him on Red Bull Music Academy stage at Nocturne 3, June 01, 22:00 - 03:00. -Lukas 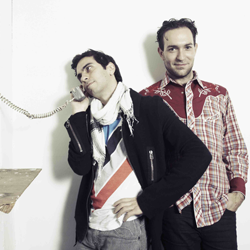 Jacks of all trades, Wolf + Lamb do not just cue up some of the silkiest house and disco grooves in Brooklyn they're also label heads and club owners building a brand that stands for sultry tastes and lustful forward-thinking. Putting out acts like Soul Clap, Deniz Kurtel, and our list topper Nicolas Jaar the two are committed to pushing only the best and their DJ sets are no different. Expect them to fuel the funk for MUTEK with punching house beats and smooth quenching basslines. A day time set you won't want to miss as the festival later comes to a close.  At Mutek Piknik, June 31, 14:00 - 21:30. -Lukas

Nice post. Though there are a few gems missing! Jeremy Greenspan of Junior Boys is doing an all-modular synth set in the 360 visual dome (SATOsphere). Also Container, Alicia Hush, SlowPitch, Tim Hecker/Stephen O'Malley (of SUN O))))) and Sendai are all killer musicians. Safe to say this festival is going to be amazing.

Shlomo is simply epic, his remix of Drake's I'm on one is also really awesome!