9 years ago by TS

The wait is almost over. Brooklyn's Baauer is riding a well-deserved wave of hype after "Harlem Shake" was featured in Rustie's BBC Radio 1 Essential Mix. You have to give it up to Diplo for scouting this talent and picking it up on Jeffree's, his Mad Decent sub-label. Diplo has said that his relatively new Jeffree's imprint is what Mad Decent was originally meant for: pushing progressive sounds and underground artists. Baauer was the perfect choice, even if his brand of swagger is probably the last you'd imagine when you hear the words "progressive" and "underground"; it's more like he's partying on the fault line.

Whatever his level of seismic activity is, one thing's for sure: "Harlem Shake" will prove to be a universal club smasher. It sounds like a firestorm swept through a safari with its sweltering build/release and roaring bass. You have to hear this one on a big system, or at least play it as loud as possible.

"Yaow!" is a slightly more relaxed flavor of boom blap, but still has megatons of kinetic potential driven by a menagerie of footstomp shuffles and marimba sounds. Both tracks seem to be daring to you to not bob your head, knowing full well you probably can't resist. If you enjoy the soaring anthems of Hudson Mohawke or anything that remotely sounds like southern rap/trap instrumentals, you need to get to know this name post-haste.

The release date is Thursday, May 17; you can either cop it at the label's Tumblr for the amazing price of free, or you can get the WAV download a day before release (along with a bunch of other exclusives/perks) if you sign up for Mad Decent Premium. Dive into the previews for "Harlem Shake" and "Yaow!" and hop on the bandwagon if you're not already. 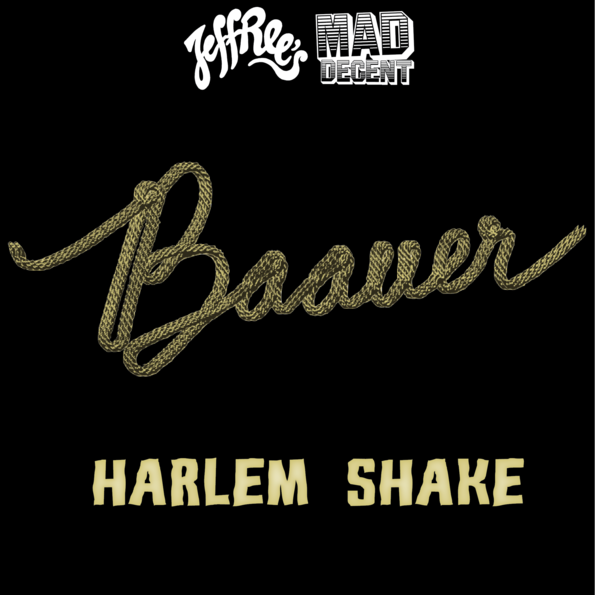