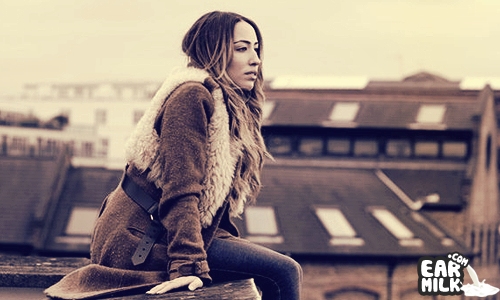 With the release of a spine-chilling rendition of her 2011 track "Breathe", London's Delilah has provided her fans with what seems to be a hauntingly beautiful use of musical foreshadowing for her upcoming album. Her upcoming album,  From The Roots Up, is set to release in the summer of 2012. Equipped with the soulful energy of this track in combination with one of the most unique voices in the industry at the moment, Delilah is setting herself up to succeed.

In the 90's, Delilah's father surrounded her with live music and culture through his work promoting British bands. When her father passed away in the early 2000's, Delilah took to one of the few things she knew was instilled in her: music, as her therapeutic rescue. It was thereafter experiencing life's inevitable tragedy of death that Delilah began creating her own music. Delilah sounds like a combination of the liking of Adele, Telepopmusik, Massive Attack, & Sia. She takes all four of the artist's best qualities in style & vocals and manages to bring all of them to life at once. The only word that does her style justice is absolutely enchanting.