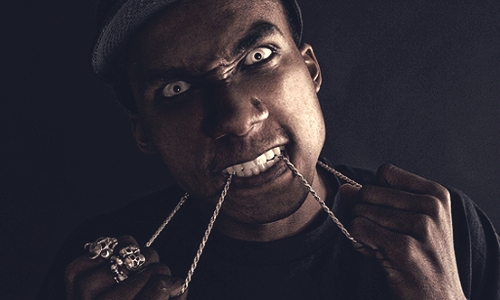 Hopsin poked his head into the game in 2011 and has been quiet ever since. He gained a lot of fans and respect over his ability to cook any rapper with funny and clever punchlines, shown in his breakout video for "Ill Mind of Hopsin 4". He was recently nominated on the XXL Freshman Class of 2012, as well as signed with Tech N9ne and Strange Music; and finally released some cool new material. "Hop Madness" has a very throwback sound but Hopsin does his thing, so check this track out and look out for his next project due in the spring, enjoy.