High-quality art is something a person really has to dig for in the modern world of the internet and the over saturated market of digital music.  Let's face it, a lot of the music online, even the majority of 'underground' electronic and indie music, falls into the low-to-middle-quality range.  To find the very high-quality stuff, some people follow labels, other people read magazines and blogs, and most rely on recommendations from friends.  It's been a long time since I've been exposed to a wealth of great music through actually being at a live performance.  That said, I was lucky enough to be able to get enough time off work this weekend to make the trip to Montreal and experience Mutek Festival 2011 and have exactly that happen. Mutek does not cater to promoting 'safe' music- every act and artist billed pushed the creative envelope much harder than any other show I've been to; so much so that I fear I will never be satisfied with another live show in North America.  Every musician I experienced was expanding the possibilities of sonic creation so far that a reevaluation of what is deemed as 'creative' music was upon me at each performance.  Take the Austrian trio Elektro Guzzi for example. Performing between Four Tet and James Holden on Saturday night (Mutek's biggest day), I thought they might be that perfect time of the show to go wait in line for beers and make a trek to the washroom.  I couldn't have been more wrong.  The Viennese group consisting of guitar, bass and drums shatters the idea of 'creativity' that most indie and rock bands seem to be so attached to.  Elektro Guzzi rarely (if at all) struck a tonal chord through their entire performance, and the terribly outdated rock and roll drumming common among so many bands today was simply non existent during their set.  The trio are able to push themselves into a world of their own, all while still making listeners truly feel the music and making them move to it without those silly 'complex as possible' lyrical metaphors and 100 year-old guitar and drum patterns.  Elektro Guzzi were definitely a great surprise worth seeing again. Before they took the stage however, Saturday evening began with synthesizer/drum duo Rocketnumbernine. I have to admit that after being at the venue from midnight unil 5:30 am they are the act that stuck out to me the least, but that isn't to say they didn't play well.  Both Friday and Saturday night's main events took place at Metropolis; a large, Lee's Palace style club in downtown Montreal.  The sound system in Metropolis is one of the best I have ever heard, all of the musicians sounded crystal clear and perfectly balanced.  Metroplis also contains a smaller, second room which saw many other acts all evening as well.  As a band who have performed together with Four Tet before, their set overlapped with the UK legend in which they shared a 100% improvisational jam featuring Rocketnumbernine on their respective instruments and Four Tet working a table of electronics.  The end result was the most memorable aspect of their set, characterized by uplifting builds cascading into a mesh of synthesizers that seemed to always remain optimistic. While Rocketnumbernine finished up, I wandered over to the second room to catch the end of Babe Rainbow's set.  I had never heard Babe Rainbow before, but I have to say I was extremely impressed with his set.  Falling somewhere between dub techno, experimental and ambient music, he definitely has a sound that is completely his own and pushes music further into the future. Following the jam, Four Tet took centre stage.  He held nothing back, blasting into "Love Cry" only two songs into his set.  It was a beautiful version of the song that seemed to occupy the majority of his short set- as he was only slotted for an hour-long performance. Headlining Saturday night, and my most anticipated performance of the festival, was James Holden. Having read mixed reviews on Holden's live sets, I was skeptical going into the festival as whether his live performance would live up to the amazingly high-quality of his own music.  If you ever get a chance to go see James Holden, do it.  After seeing him perform, his status as one of the best musicians of our generation was cemented in my mind.  Flawlessly dropping Actress and Luke Abbott tracks into his lengthy set, the progressive and psychedelic style of techno he has become known for characterized his mixing style.  While Holden is a fan of a broad range of musical genres, he kept his performance very intellectually groovy while managing to include tracks of various styles and tempos- something the amateur performer dreads.  While I don't know exactly what equipment he was using, there were no computers visible on stage, as was the case with Four Tet. To say they were DJ'ing would be selling them short of their skill as performers; there was definitely a lot more going on onstage. While Saturday night was the highlight of the festival for me, given such a high quality lineup, the rest of the festival was still extremely entertaining and worth the $85 I paid for a weekend ticket.  Prior to Saturday's evening events, I attended Mutek's Piknik Electronique. This event was held on  a small island between Montreal and mainland Quebec. Actually getting to the event was a bit of a challenge, and parking wasn't cheap, but arriving to the sounds of Border Community artist Luke Abbott behind a table of music machines made up for it.  Luke Abbott just recently released his full length debut Holkham Drones to great reviews last year, and his live set doesn't fall short of the expectations it creates.  Luke Abbott's set was filled with buzzing and droning synthesizers, intermittently interrupted by the sandy drum sounds he favours.  "Brazil" was my favourite track of his set, although slower and with a little more shoegaze than the recorded version. Piknik Electronique on Saturday saw Floating Points follow after Luke Abbott finished up.  Floating Points was the only all-vinyl DJ I witnessed perform at the festival- unleashing his fine collection of disco and funk records onto the audience in the afternoon sun.  There was also a second stage featuring many Canadian artists operating around the corner- Recife being one I was able to experience the most, showcasing his unique synthesizer talents using a microKorg along with other synthesizers and mixing them all together; giving his set a very jam-like, 'on-the-fly' feel. Stepping away from the epoch that was Saturday at Mutek, I have to also mention some of the other events from the festival's prior days.  I arrived on Thursday, spending the daytime at a food-in-the-park event put on by Mutek and some of Montreal's finest chefs selling $5 samplers.  All accompanied by music of course, with Meek providing perfect daytime electronic sounds for such an event.  Unfortunately I've had no success in finding both Meek and Recife's music for sale online. Thursday night I broke away from my group of friends and managed to make my way into the second installment of Mutek's A/Visions series- a few events that took place in a seated, theatre style venue, combining the experimental sounds of the featured guests with equally impressive visual displays to go with them.  The first performance featured a grand piano 'playing itself'- as though someone had programmed a MIDI map to play an 'impossible' piano piece that someone would need five or six hands to play.  The second performance by Comaduster was extremely impressive; beginning with only a smooth sinewave, his 40-minute piece developed into an extremely moving work of experimental music accompanied by equally stunning experimental visuals. You can download his first album for free here. While I was unable to attend the thursday night performance, Modeselektor took the stage and according to friends was the highlight of Nocturne 2.  The last event I attended but have not yet described was Friday night's show, again at Metropolis. Friday's headlining performance was Plastikman, and I have to say his show was incredible.  Accompanied by a visual show that hadn't yet been displayed in Canada, his style of minimal techno was perfect for the visuals that glowed in front of him.  The overall auditory and visual combination sent me into sensory overload; experiences of true enlightenment were definitely prominent in my consciousness. Plastikman would be my second choice for a one-night show if any of the Mutek performers played locally again, second only to James Holden. In summary, Mutek 2011 was the best multi-day music festival I've ever experienced.  The incredibly high-quality of all of the artists on a year-to-year basis make Mutek a festival more than worth going to both from a monetary and enlightening point of view.  I will definitely be back again next year.  If you plan on visiting Montreal sometime in the near future, Mutek is a great reason to make the trip.  Montreal is a great open-minded and cultured city held together by a sense of unity that has seemingly been lost in Toronto and most other North American cities- Mutek amplifies all of the city's positive features for an overall mind-blowing experience.

While pictures do little to justify the experience of actually being at Mutek, here's a short video I made of some of the things I got to do and see. Enjoy.

The song in the video is "Breathe On Me" (James Holden Vocal Remix) – Britney Spears. It was too big a file for me to upload but it's the best remix I've ever heard in my life, I highly recommend buying it. 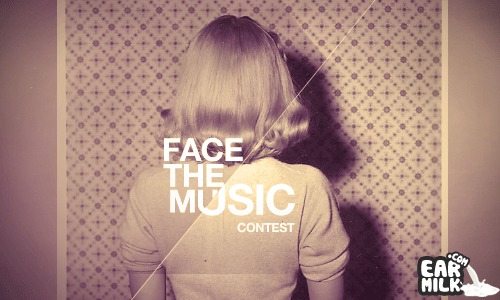