Monica LaRose is proving to be one hottest new stars of 2011. After appearing in successful TV shows such as Bad Girls and SKY One's Dream Team and securing a host of mainstream modelling jobs under her belt, the London based actress is quickly making a name for herself in the UK. The rising star has worked her way up the ranks of the London theatre circuit, and is gearing up for her leading role in the film noir inspired dramatic piece 'A Certain Library In Bath' – which runs at London's Etcetera Theatre.

After being inspired by the arts, a young Monica took up acting and dancing at the tender age of 11. By 15 the south London native was pursuing acting as a potential career path, enrolling in various acting courses. Three years later she took a break to complete a degree in Marketing and Advertising at the London College of Communication. Straight after graduation the ambitious thespian put all her efforts back into acting, dabbling in modelling in the process. With many small part TV roles under her belt and appearances in videos for the likes of Cam'ron, Donaeo, and Aggro Santos, she went on to study at The Young Vic, Sadler's Wells Theatre – a stint that lead to a small part in the feature film How To Lose Friends.

However, it was the bold decision to relocate to Los Angeles in 2009 that really raised the gear on the young stars career. Monica spent six months in LA, studying acting at the prestigious TVI Studios, where she trained with some of the best coaches in the industry and gained a real insight into the business side of acting. Upon her return to London, she won the lead role in the dramatic theatre pieces 'A Certain Library In Bath' – a play which pays homage to classic cinema and sees Monica play a lesbian murderer and star alongside Charis Agbonlahor and Daniel Jude Gennis.

With her leading stage performance in a matter of days and supporting roles in films, Sprint and Shakles, which are released in 2011, Vanessa Laker sat down with the up and coming actress to discuss her new play, moving to LA, Johnny Depp, Drake and more…


Hi Monica, you've got a new play in London coming up. Tell us a little bit about it…


'A Certain Library In Bath' is a total homage to classic cinema, combining Hitchcockian devices, film noir and screwball comedy infused with an air of eroticism. It's a dark play and is centred around a dead body, a dinner party and a certain library.

I play Beth, a lesbian lover who kills a guy purely for the sake of feminity and to seek the approval of my mentor. I auditioned for the role early on this year and was really chuffed when I got it, as I felt some of the girls were really good. We performed it on July 4 this year, and due to the show selling out we were offered more dates at a more notable theatre; Etcetera Theatre.

What's it like playing a character that's so different from yourself?


It's very interesting, as I've never played a lesbian, or even thought about it. But I'm really enjoying the character, as I get a chance to be someone that's totally opposite from me. It helps working with people you get on with, especially my lover (Claudia, played by Sarah Oguntona); she makes it easier to play the role. All my co-stars are very supportive. We all get along really well.

How does it feel to be the lead character as oppose to part of the supporting cast?

It feels great. It's an amazing achievement. It's hard work, as there's more pressure on you, but In saying that, I love the pressure, it makes me work that much harder.


How does live theatre compare to say television or film?


There's no room for mistakes on stage. If you forget a line, live theatre really tests your improvisation skills. Film can be very technical at times, but you get the joy of being able to make mistakes.


And do you prefer live stage or television and film?


I love them both. At first I was more keen on just pursing the film sector, but after working on a professional production, I'm loving the stage more and more. You get such a buzz performing on stage and that carries on longer as there's no room for mistakes. It also shows your true talent if you can master the art of stage performance.


The British film industry is not as thriving as say Hollywood or Bollywood, but is on the rise none-the-less. As a Londoner, how do you find it?


Over the years I've found that London is quite strict when it comes to your training background. They believe that if you don't have intensive acting training, then you haven't got what it takes; this is what I've experienced when applying for castings through casting directors. The first thing they want to know is 'where have you studied?' Whereas in LA I've audition in front of known casting directors without them knowing what my history is. They're more concerned with raw talent. Obviously every actor should get some form of training and keep working at their craft, it's imperative.


In this business, most of the time it's who you know rather than what you know. Also the whole being in the right place at the right time can change your whole life and what better place to be than where you can actually make it big… There's so many opportunities out there compared to London and they love us Brits.


You split your time between London and LA; do you see yourself moving to Los Angeles permanently?


Oh yes I've always wanted to live in LA, even before I wanted to be an actress. I went to visit my aunt when I was young and fell in love with the city. I'm fond of London, it's my home and aside from that I do love the night life at times and also the energy and buzz from people who are hungry for success. LA is totally opposite, it's more relaxed but at the same time there's so much going on and the people out there are more willing to help I find.


Brad Pitt posed as a sandwich (or some type of food) for a restaurant when he was a struggling actor and Naya Rivera (Santana from Glee) worked as a Hooters waitress before hitting the big-time. What odd or unusual jobs have you had while perusing your dream as an actress?


I've done so many its unreal, from cleaning offices to working as a waitress for various functions, events and clubs. Also the usual retailing and bar work at a theatre. Oh I also worked as a hostess at a strip club…never again!

Which actors do you admire? And which ones inspire you?


I admire Julia Roberts. She wears her emotions on her sleeves, in the sense that she is able to pull out such raw emotions that you forget you're watching a movie. She's one of my inspirations. And also Angela Bassett, she is another actress who brings out real emotions. And the male actor has to be Will Smith. He's managed to transit from a comedian to a very serious actor.


You strongly resemble actress Gabrielle Union. I'm sure you get that a lot…

Oh so many times it's funny… Once I was in New York and even the postman was like 'wow you look so much like that actress Gabrielle Union'. And rapper Eve told me the same thing.


This is a no brainer then, which Hollywood actress would play you in a movie?

I'm guessing Gabby seeing as I look like her.


And which hunky actor would you like to play your leading man and why?

In an ideal world with no boundaries it would be Johnny Deep. He's an incredible actor and I've loved him ever since Edward Scissorhands. But right now I'd say Idris Elba, another favourite actor ever since The Wire and seeing as he did star along side Gabrielle Union, it's only right he works with the lookalike.


Would you do nudity for a film role?

At the moment nope, but as they say never say never.


Earmilk focuses a lot on hip-hop. Are you a hip-hop fan? If so which artists are you liking at the moment?

I love hip hop music, Drake for sure, his album is really good and I'm feeling his whole vibe. Young Money in general, they're hot at the moment.


Random question; would you wear a dress made out of meat to an awards ceremony?

No way! But props to (Lady) Gaga for being brave.


If you weren't an actress, what would you see your self doing?

Probably designing clothes or a dancer.


And what does the rest of 2010 hold for Miss Monica LaRose?

I'm going to LA for three months, various meetings and to get an agent out there. Also going to meet with an LA based writer who wants me to be in his next play in February and possibly perform this current play (A Certain Library In Bath) out in San Francisco. The rest of the year is now just preparation for 2011. God willing it will be a great one. 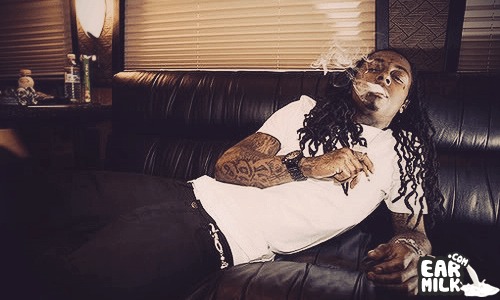 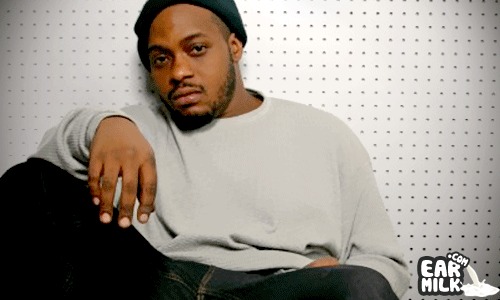 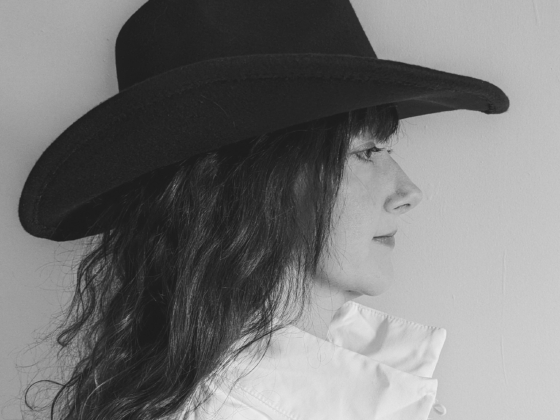 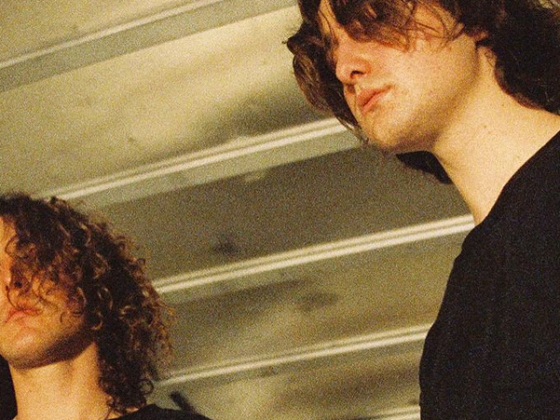 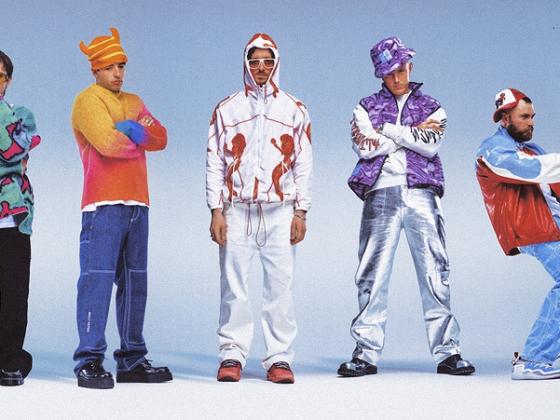 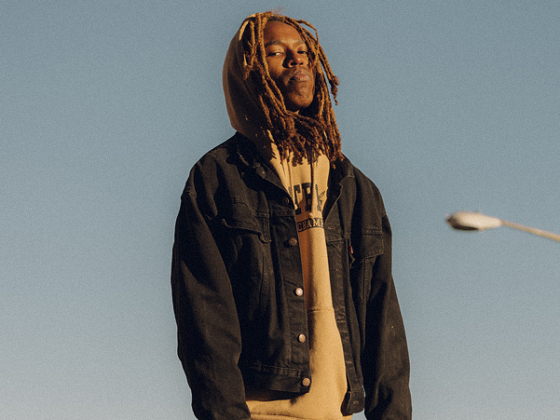 MAVI on the need for joy through sorrow and his album 'Laughing So Hard, It Hurts' [INTERVIEW]