Outside Lands Music & Arts Festival 2016: Did you break the seal too early?

Let's talk about festivals. The idea of a festival is like this untouchable ocean hued opal stone that glows above everyone's head for the days leading up to the event (think Sims but more festival chic). You're so fucking juiced. You got your squad. You got your acts that you are so excited to see, and NO ONE is going to stop you from getting to the front row to tickle Chance's ankles. You've put a demented water bottle of relatively cheap alcohol in your gooch & they didn't thoroughly check your bag to find all your pre-rolled Js - but then at second thought - would they care if they found your pre rolled Js? We are in California baby and the living is easy - so everything is going according to planned.

You go inside and B Line it to the alcohol because, no duh. You've likely showed up too late to make it to the first person you wanted to see - so you may be a little butt hurt but you're also at a festival with many dope artists - so you sip your beer and run over to the stage. There are a lot more people than you remember there being last year and most people are entirely too turnt for it being 2 pm. Regardless, you should probably get on their level. After your first beer - you feel the urge to pee. AND THIS IS WHERE YOU'VE FUCKED EVERYTHING UP. You go wait in the line that's a mile long for the porta-potty that has diarrhea in it - just for you! And you've officially broken the seal way too early. From here on out - you'll have to pee during every act regardless how close you are to tickling Chance's ankles.

Here is my take on some of the performances from this past weekend:

Let's start with J. COLE. Homie switched up his flow and changed some of the productions on some of his cuts for part of the show. Which is totally normal for artists to do regardless of how badly the crowd wants to sing along. The smartest thing he did was leaving the crowd turnt as shit for his encore. After exiting the stage, festival goers were likely thinking, "Man he played a lot of Forest Hills Drive and a little of The Sideline Story but what about Born Sinner?!" Then he came back with a five track encore including: "Can't Get Enough", "Work Out", "Planez", "Crooked Smile", &  "Power Trip". The energy in the crowd was addicting as this was likely one of the best (and longest) encores we saw all weekend cause it's a Cole World out here, and he is the man that has gone double platinum with no features. 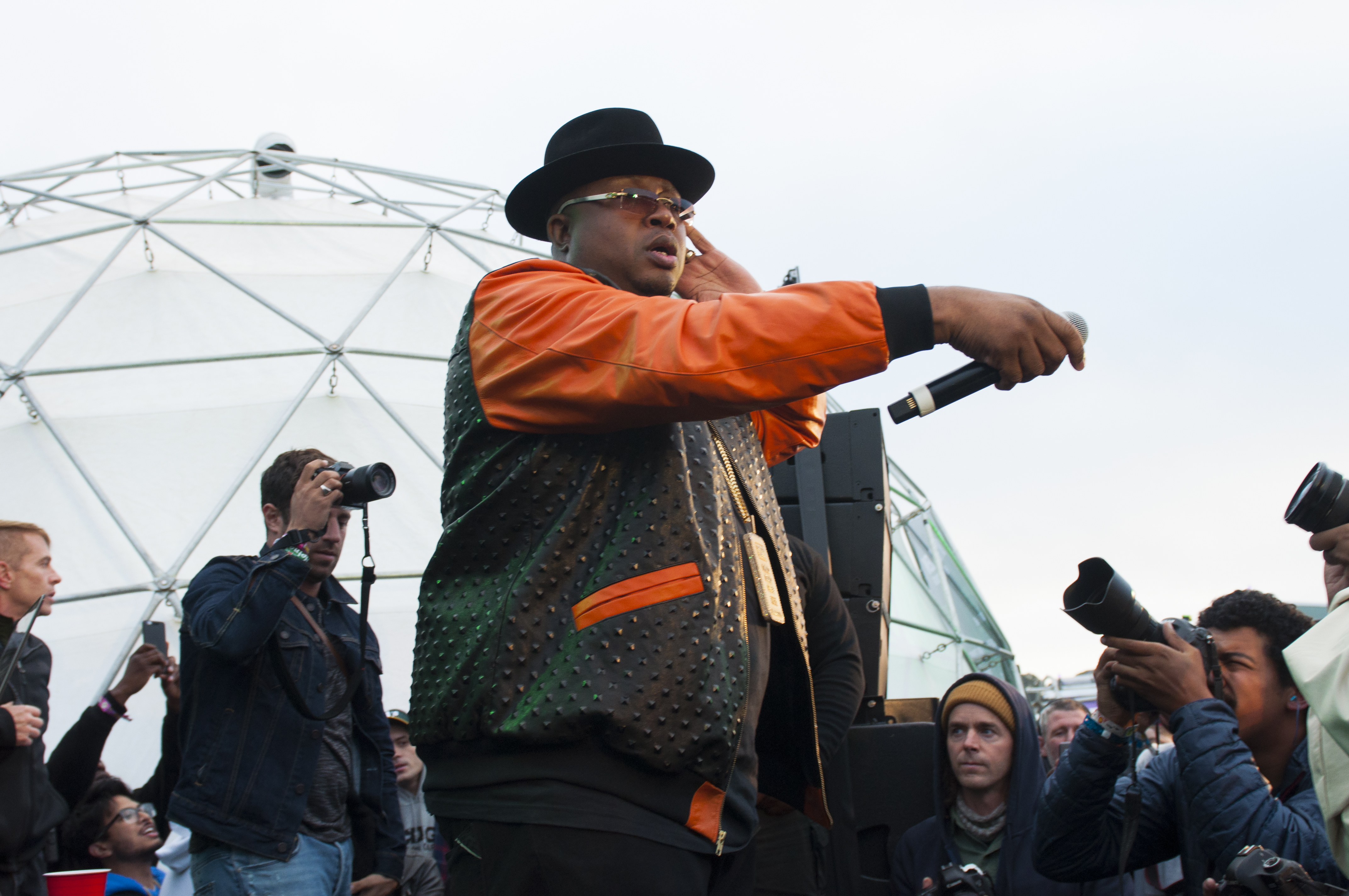 I'm going to be honest, Saturday I couldn't really focus on anything else happening besides the hip-hop West Coasts OGs & YGs gracing our presence at Outside Lands. Con Brio's lead singer reminds us of a new James Brown. His name is Ziek McCarter and he constantly brings the energy when performing live - he can't funk without some soul, splits and backflips. Later in the day, Warren G played every classic you wanted to hear from his 213 days to even honoring the Houdini of Hooks and his late best friend, Nate Dogg. Once again, you can't put legends like Warren G or E 40 on that little ass stage outside of the Heineken House. Every single hip-hop head was at their show crowding walkways and booths from all angles of the festival. The acoustics were not so hot. I think the people around me really heard my version of "Ain't No Fun" and definitely heard me singing Nate Dogg's hook on "21 Questions" as if I had been the one locked up. Warren G & E performed their song "Saturday" for the first time EVER - blessing us with a once and a lifetime experience. If we could switch some shit up behind the scenes we'd through these guys on the main stage where they belong.

I had to slip out a little early to beat the crowds for Anderson .Paak because nobody, and I mean NOBODY puts on a show like the Oxnard native. I've seen him four times in the past year and his set is always as energetic as the last - playing different sets, show by show. Complete with full body rolls, raspy gospel esque vocals & a whole lotta soul. He played songs from both Venice and Malibu and even completed his set with an encore of his banger from his collaboration with producer Knxwledge. He even played part of David Bowie’s classic “Let's Dance” and the crowd went. fucking. nuts. After that performance, I couldn’t really concentrate on anything else happening that night cause I was too drenched in .Paak’s wetness.

That saying “Sunday Funday” has never meant too much until the third day of Outside Lands. I mean personally that was my most stacked day of the festival featuring Snakehips, Kehlani, Third Eye Blind, Chance The Rapper, Ryan Adams, Major Lazer, Lana & Lionel.  Snakehips ran a hyphy ass show featuring many of their dope hip hop collabs that run under the radar. Everything was lit as fuck until "All My Friends" came on and every high schooler and their squad of seven come through singing the lyrics loud as fuck. They likely don't know other Snakehips songs and they think they're fierce Chance fans because he's featured on this track one time. But most of all, they felt like they were in a pop sitcom featuring a sing along. Kehlani was a straight hybrid of Gwen Stefani & Aaliyah and rocked the shit out of a two piece adidas track suit. Third Eye Blind stopped people everywhere from jumping off the ledge as Ryan Adams crack jokes on stage in between a sincerely soulful set. 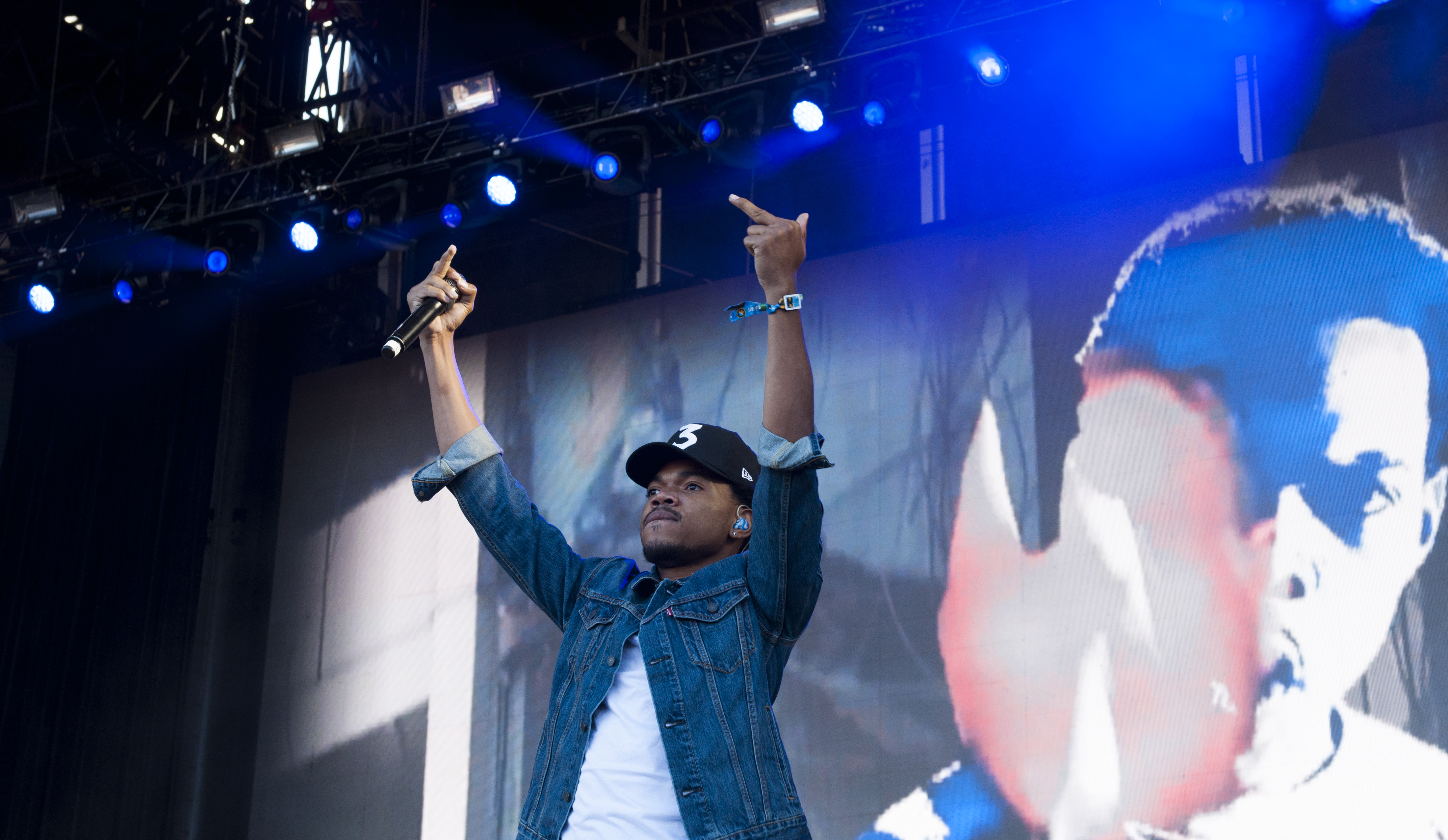 Chance's audience brought different types of viewers from everywhere. His fan base was as eclectic as his vocals and a ghetto gospel never sounded so sweet. Chance loves Church, he preaches about his love for his church and damn near makes everyone become a firm believer by the end of his set. I'm pretty sure Major Lazer's had an acrobatic act and some fine ass dancers - and some equally turnt music. The crowd was probably biggest for them - and you were likely twerking up against the person next to you. You weren't going to NOT twerk - but you also had no space, so beggars can't be choosers. Lionel Ritchie looked like the most enthusiastic man straight out of the 80s and was SO STOKED TO BE THERE. His energy was contagious - he would point in the crowd doing that super 80's thing - picking people out, making sure their time spent at his set was lit "A-F". He's a legend and he knows it and we clapped our hands in recognition of it.

My advice for next year: