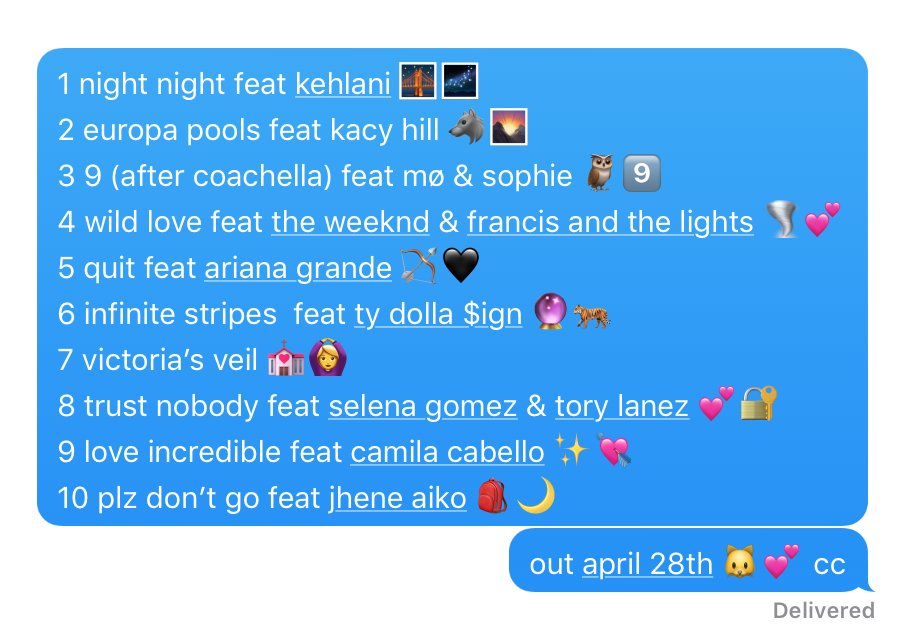 In 2016, Cashmere Cat designated himself as a producer and pop artist in one. Collaborating with The Weeknd, Selena Gomez, MØ and Ty Dolla $ign on singles that have garnered tens of millions of streams since, the Norwegian artist straddled the line between pop and electronica while adding hits to his repertoire. Citing a forthcoming album release for some time now, Cashmere Cat posted the full details behind his upcoming album release, Wild Love. The album will be filled with many of these pop tracks, and work like his latest, the more experimental "9 (After Coachella)" that was released a few weeks ago. Added to the roster behind Wild Love are Jhene Aiko, Kacy Hill, Kehlani, and a reuniting with Ariana Grande. Wild Love will be released on April 28th.