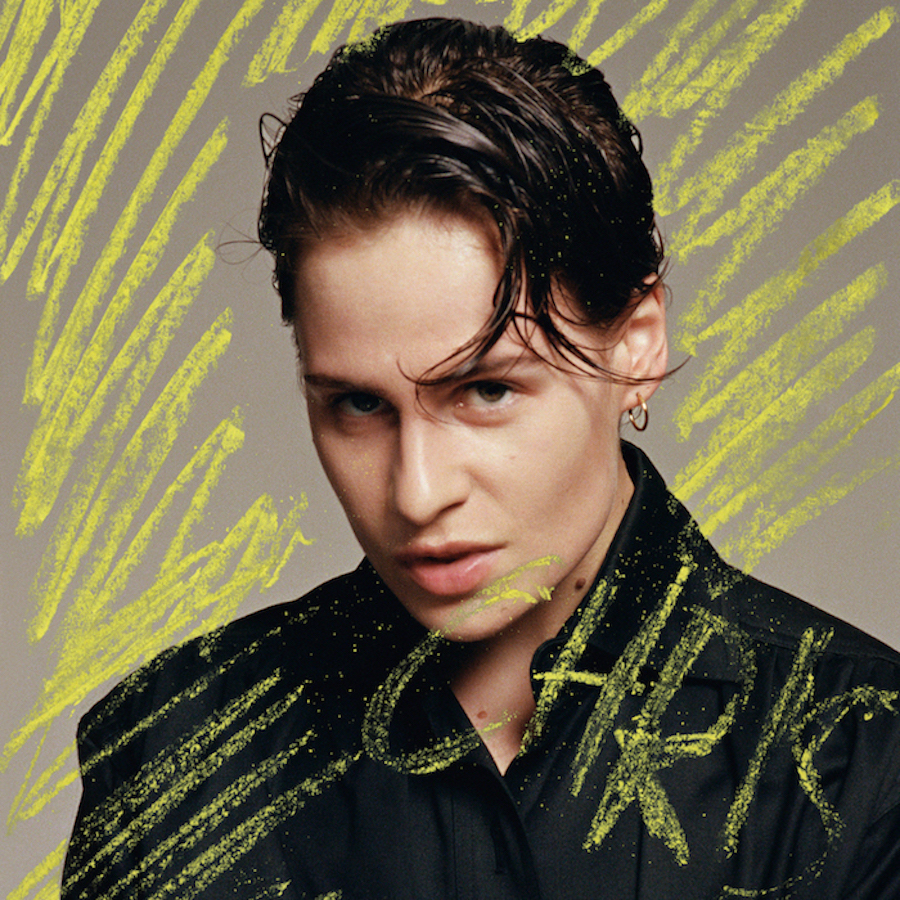 The world was different in 2015, the year that Héloïse Letissier, known professionally as Christine and the Queens's first album - self-titled in the US, entitled Charleur Humaine in France - debuted and later took off. In three short years, the Nantes, France-born singer, songwriter and producer, saw her star take off in an unprecedented manner worldwide and hype build as her expanding fan base awaited her next project. Finally releasing Chris in 2018, we see an artist ignited by the world around her into an album as a microcosm of its time. Or, depending on how you listen, 2018 is a microcosm of Chris and the fierce energy and grounded artistry behind it.

The journey we've seen the unveiling of Chris take is telling of the larger picture it comments on. We saw Letissier's new look, an androgynous departure from her "teenage" inspiration from her first album. The album's first single, "Girlfriend," took the easily predicted interest in her transformation on the outside as the exclamation point to her personal shift in her music. More minimalist, direct, and confident, Letissier took her role reversal to "Girlfriend," where identity is fluid, but her mastery of a contemporary G-Funk, 80's sound shows itself as a peak to strive for. It begins the album as a realization of the coping mechanism music can be for artists.

Such self-assuredness is a connector throughout Chris, as we see Letissier explore genre and sound as if she invented each herself. With each confident stride, she makes each territory her own, communicating through her own musical lens and artfully crafting subtle, but powerful social commentary through her lyricism. The amazing part about Chris is its ability to project such powerful messaging through track after track of thoroughly uplifting and energizing music. With tracks like "The walker" serving as an anthem for the freedom of protest, its production and melody maintain an infectious sensibility just inviting to join in and enjoy. The stand out "Damn (what must a woman do)" takes a nuanced look at 2000's pop beats through a contemporary review, and if you listen closely enough, we can hear the overt cry of a woman who is fed up. Chris becomes more and more personal throughout the album, culminating in tracks like "What's-her-face" and a confrontation of complicated reward system of female beauty.

Chris should serve as a prototype for those looking to make both music and its message so personally meaningful that it invites others in to relish - and listen - in its depth and in its quality. In a documentary done on Letissier by Apple music, she shared “Identity is a constant construction, you have to reassess all the time and redefine it. Chris is actually me being comfortable in the mess.”

Of course, it's out now via Because Music in both English and French versions, and you can catch Christine and the Queens on tour now.