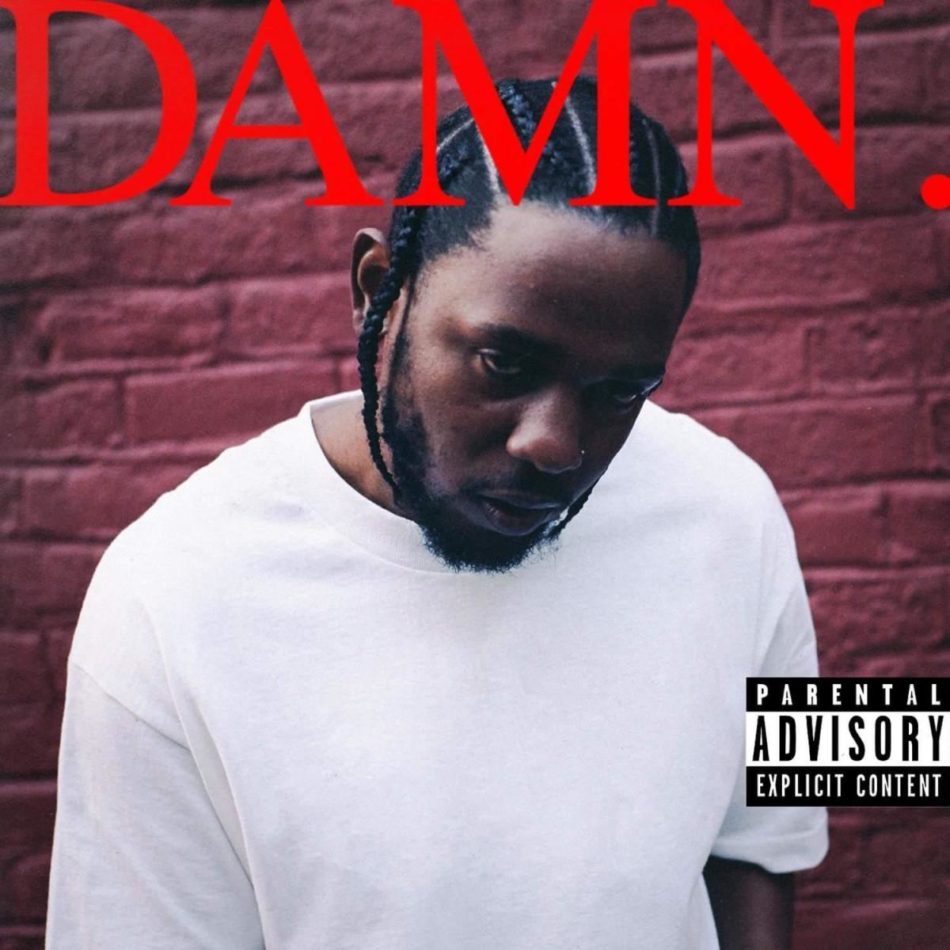 Kendrick Lamar has never shied away from being anything but his 100% self on his albums and DAMN. is no different. In examining the age-old relationship of religion and politics, he uses a backdrop of voices, 60's inspiration, bible references, and personal reflection to paint a story of death and resurrection. All this just in time for Easter Sunday, which it's release significance may be larger than just a coincidence. Especially with rumors of a part 2 being released this weekend, Kendrick may be creating more parallels to Jesus and himself than just the lyrics. Nonetheless, the parallels are evident throughout the work with at least one religious reference in every track.

The album is introduced with a band of voices asking, "Is it wickedness? Is it weakness? You decide. Are we gonna live or die?" This being the overall tone throughout, Kendrick asks this of himself many times. With his story of the blind woman who ends up shooting Kendrick after offering help, we have to wonder does the wicked disguise itself as the weak and are the weak framed as the wicked? Following a gunshot, we hear the sample of the infamous FOX news report by Geraldo Rivera condemning Kendrick for "Alright" and stating "Hip Hop as the real oppressor of black people", as well as advice to "wake up and understand what's going on." This contradicting advice considering the subject matter, "Alright" which does exactly that by bringing to the forefront political issues and being an uplifting, powerful song rather than a destructive one, further points to the question asked earlier. Are black people framed as the wicked in these news stations when simply speaking/acting on their oppressions, when the real wicked are the ones doing the framing and painting themselves as feeling threatened?

Kendrick fights back with "DNA." following, saying there's nothing wicked about his blackness, only royalty. The religious references to himself being Jesus, with lines about his birth being Immaculate Conception as well as being Yeshua's, the Hebrew spelling of Jesus, new weapon. Kendrick does not hold back with the literal parallels to himself being a son of God. As such, his DNA is anything but amazing. This could be compared to Jesus' persecution and a more aggressive monologue of what the Son might have been thinking while those who didn't recognize his worth aimed to demonize him. Regardless, Kendrick is a prophet with a purpose, so get out of his way FOX News. In "YAH.", Kendrick follows up with a more introspective outlook, speaking of his family and even mentioning he's an Israelite, one of God's chosen people. According to many sources, this is believed to be people of color which explains Kendrick's desire to no longer be called black, but also mentions the curses brought upon us as told in the bible to reference our treatment here on Earth.

"ELEMENT." is the first to bring up reoccurring phrases such as "ain't nobody prayin' for me" and "what happens on Earth stays on Earth", which may be referring to his mortality. Even though a prophet, he still sacrifices for this life and still has worldly wants to flaunt and "make it look sexy" making it another introspective track. This is an appropriate set up for "FEEL.", which has "u." elements as Kendrick speaks on his depression openly and it's effects on his spirit. It works as more of a ruminating on the opening phrase that was introduced in the last song, "ain't nobody prayin' for me". Recognizing the root of his depression being a lack of knowing who's loyal, in comes "LOYALTY.", speaking on its importance. While featuring the Pop Princess, Rihanna, we can count on this track probably being the next single. It's definitely a summer hit with it being the most radio friendly song on the album.

With an intro with Steve Lacy from The Internet, a warning sets the tone of "PRIDE." Pointing out that "love's gonna get you killed, but pride's gonna be the death of you", Lacy is definitely making a distinction between the body and the spirit. This idea is further ingrained with the following repeating of you three times before saying "and me", which we can suggest can be in reference to the Holy Trinity, The Father, The Son, and The Holy Spirit, all which are the same entity but separation of persons. As Kendrick speaks on the issues of pride, he gives himself advice on the album's single "HUMBLE.", to hol' up and sit down.

"DAMN." slows down with "LUST." and "LOVE." comparing the differences between the two and the importance in recognizing this difference, considering lust being one of The Seven Deadly Sins. It should be mentioned, the huge relation and inspiration evident in "LUST." with it sounding a whole lot like Andre 3000's "Vibrate" with it's rewinding and melancholy sound. Kendrick dives back into the political overtones of the album with "XXX.", speaking on his conflicting ideologies on guns and violence. On one end is the story of a friend coming to Kendrick with advice regarding the shooting of his son. Expecting mercy and forgiveness to be his advice, Kendrick instead suggests shooting the murders down for revenge, "I can't sugar coat the answer for you. This is how I feel - if somebody kill my son that mean's somebody's gettin' killed." He continues on to say this goes for any of his loved ones without a second thought, but then hangs up to go to a convention regarding gun violence. Realizing the contradiction Kendrick asks us to pray for him. The track switches up and a more thoughtful reflection ends the song, speaking on the presidential issues, the country's disconnect, and once again the wicked framing of people of color in America.

These issues are further ruminated on in "FEAR." where Kendrick asks God why he chooses to have us suffer on Earth. He tells three stories of fear at ages 7, 17, and 27. A fear of his mother at 7 in her acts of trying to raise a child that's well-behaved, which is a personal fear. Another fear at 17 of dying from either gang violence or police brutality, which concerns the fear of other people regarding his self. Finally a fear at 27, having to do with possibility and losing all that he's worked for. All of these show the ongoing terror of black men in America at any age and at any state of class. It also shows how young this terror is instilled inside of them. The track ends with a snippet from former President Barack Obama's pastor, Jeremiah Wright, who received a lot of flack in 2008. It speaks a supposed answer to Kendrick's questions of his suffering to God in the intro of the song. Wright believes this is in a reference to people of color being the Israelites and as long as we don't obey His word, we shall continue to be punished, hence our state in America. This is countered by the next track, "GOD." where Kendrick flaunts his success and speaks of why he works so hard saying, "This is what God feel like, yeah. Laughing to the bank like aha, yeah." It's track location is interesting considering the outro to "FEAR." which can only be explained by trying to offer his conflicting feelings of his life here on Earth.

The album concludes with "DUCKWORTH.", a track diving into detail about the life of Anthony who we later find out is TDE's founder Top Dawg. We also learn about Ducky, who turns out to be Kendrick's father. These stories collide when Anthony plans to rob the KFC Ducky works at, but last-minute decides differently. Kendrick makes a point of this to say, one seemingly insignificant decision can set course a whole change of life. This is proven true by the event, since if Top Dawg would've killed his father, Kendrick would've grown up without a father figure. This would've changed his course causing him to not be who he has become today. Nonetheless, at the end of the song it sounds as if the whole album has been reversed and the intro to the album plays its first line again. This cycle could be in reference to the gun violence enacted by the police and each other, which the album surrounds being a continuous cycle, an issue which is definitely not a new one. This could also be in reference to the son of God parallels throughout the album, prehaps Kendrick has been resurrected from the shooting in the intro track.

For certain, Kendrick did not hold back on the religious undertaking of the album and it's a lot to unpack in one sitting. He continues to be transparent and although enjoys the title of Hip Hop's Savior, reminds himself as well as us all that he's simply mortal. We can only hope to see what this weekend may bring and if this album dropped on Good Friday warrants a resurrection album on Easter Sunday. Until then, enjoy and analyze all that he offers us on "DAMN." which you can listen to above and purchase on iTunes now.