Rising up on a steep trajectory within the electronic music scene is Warner Case. Hailing from New York, Case is an expert classical percussionist who expanded his knowledge in production while attending Cornell University and working at Jimi Hendrix’s renowned Electric Lady Studios. His new EP Dance Music For Dancing is an exploration of mesmerizing organic dance sounds including hard basslines, European vocal samples and four-to-the-floor drums.

As well as being a talented and forward-thinking producer, Warner Case also boasts his musical interests through impressive DJ sets. Having recently released two collaborations with Jean Tonique and renowned Dutch DJ Oliver Heldens which sent shock waves through the scene, Warner Case’s new EP demonstrates why he’s the next big producer and DJ on the dance scene.

Kicking the EP off with the Disclosure-reminiscent sound on ”Show You How I Feel”, Warner Case explores punchy dance music in a highly unique way. The track has been produced in collaboration with Carl Chaste, to create a penetrating bass-line that is raw yet pure. Meanwhile on tracks such as “Drum Baby " and “Go Go " encompass deep infectious raw vocals along with an assortment of cutting-edge drum sequences. In its entirety, volume three of ”Dance Music For Dancing” is a thrilling release. Speaking on the new release, Warner Case Writes “This EP is really exciting for me, since it spans a large range of the types of music I like to make. there's vibier stuff, heavier stuff… but only good stuff that makes me wanna dance. The songs represent years of demos, some which I only recently figured out how to finish, and some which seemed to finish themselves instantly. I hope you like them, and I hope to see you at a show soon.”

He“‘show you how i feel’ explores the fundamental element of dance: the expression of emotion through movement. Sometimes words aren't enough, sometimes words just aren't right, and the only way to tell someone how you feel is to move with them. a dance floor connection is unlike any other; it's sacred and raw, wordless and ancient, pure.” 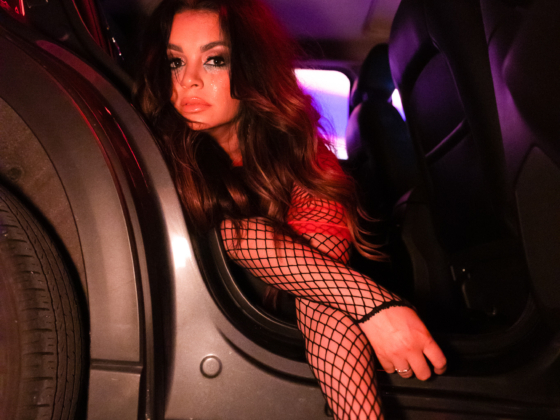 Tucker Nichol inspires others to leave unhealthy relationships on "Nah"