Arkansas-based bedroom pop band joan has some exciting news. The duo have just unveiled their latest single "flowers" which is the second off of their debut album superglue set for release April 19th via Photo Finish Records.

"flowers" is all about those deep connections we formed during childhood and teenage years. As changes happen, we can sometimes lose touch with the ones that mattered to us and with "flowers" the duo have written a poignant narrative highlighting love and loss as well as the ebbs and flows found in life. Lyrics including, "why don't we talk anymore / you used to call me on your drives / new things fill up our time / things change and that's just life," show this deeply relatable theme. Musically, "flowers" begins as an orchestral pop tune that culminates into an anthemic rock chorus. Swelling acoustic guitars underlay seductive melodies and breezy soundscapes. joan effortlessly blend pop and rock all created from their bedroom studio in deep middle America.

joan is composed of longtime friends and musical collaborators Alan Benjamin Thomas and Steven Rutherford. Making waves with their debut EP portra, the duo are set to release their highly anticipated debut album superglue, which was over three years in the making. The twosome are known for their relatable existential narratives packaged into infectious pop tunes. Check out "flowers" now and remember to call someone you miss today. 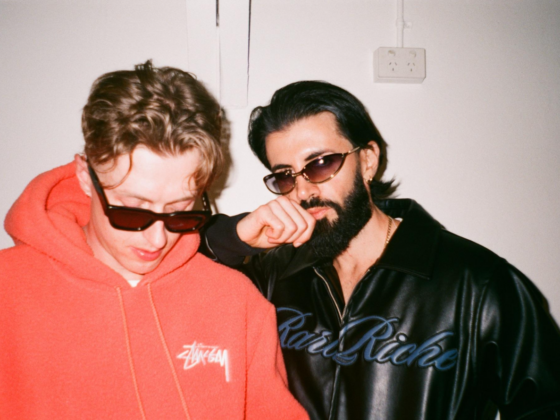 CVIRO & GXNXVS channel a classic sound on new single, “Too Much” [Video]