After traveling 2,943.2 kilometers to perform for a new crowd for a new festival, different than the likes before, the Mexico City superstar Girl Ultra demonstrated a love for community and art that continues to highlight the rising talent's boundless creativity.

Girl Ultra is an artist with her hand gently splashing in many pools of music genres. Her music can be best described as Latine R&B, incorporating strong vocal melodies and hypnotic drum beats with warm guitars sprinkled in the mix.

Over the past five years of her career, her music would evolve in sound and aesthetic, drawing inspiration from the Mexican rock bands she grew up with and the creative minds she would tour with.

Her latest album, EL SUR is evidence of this, displaying a love for indie rock music and electronic music bred from the club scene south of Mexico City.

Only a month after finishing a North American tour, Girl Ultra returned to the states taking all the love, practice, and craft from the tour for a performance that was a treat to fans, new and old.

The singer is no stranger to California. The state is home to collaborating artist-turned-family. “It’s always nice to come back to California and play with friends”, she shared in an exclusive interview with EARMILK. “In the truckamarino it’s always with friends. It feels good, it’s all familia and I love L.A”.

During her most recent LA concert, the singer performed a 45-minute set and was the opposite of stiff. Performing live on vocals, guitar, and adding a few dance moves to the performance. Despite moving freely on stage, the singer admitted a hidden detail of the performance. “I got a little secret…I broke my coccyx. I got it broken so I’ve been traveling for a bundle of three days and I can walk and I got the attitude”, she admitted. “I’ve been finding ways to give a great show”.

Performing live is beyond a simple musical performance for many artists. And Girl Ultra finds live performances as an opportunity to extend the storytelling abilities of her music by experimenting with the live delivery of her songs and finding ways to recreate a new meaning. “I really enjoy testing songs live”, she said.

“It’s just such a different vibe for everyone and we’ve been playing the album on tour and then we got two months to rest and coming back, refreshed, we’re back playing El Sur [Girl Ultra’s latest project] and we just find new details within”.

“[There are] things to fix, things we enjoy. It’s very nice”, she shared.

“Every time we step on stage we learn new stuff, from ourselves, from the people, and from the music”.Performing live gives way to changing up the formula, such as switching out a featured artist for one the crowd could have never predicted.

For her live performance of “Dame Love”, originally featuring Cuco, Girl Ultra treated fans to a shock, bringing out Inner Wave’s Pablo Sotelo. Bringing out a collaborator turned friend gave a brand new meaning to the song. “We played that when we toured with the Marias and I told Pablo, we barely knew each other when we made that song together and now we’re closer”, she shared. “And this time, we became closer, we toured together, we saw each other in Spain,” she continues. “It feels good to find a different sense of performance when you get to deeply know a person”, she said.

Performing live and getting the chance to showcase songs full of different sounds and influences was a big case for the artist. “It was great going on tour and having people come out to see you live and they already know all the words to the album”, she shared.

“For these kinds of festivals, many people don’t know you. To discover new music and to fall in love again with music…this is my take on festivals”, she admitted. “It’s crazy to see new faces find something within your music, dancing, some not giving a shit about it…it’s very nice to see how people react”.

“It was made pretty in house”.

Songs from EL SUR were some of the most pleasurable to hear live due to their main house, electronic sound being translated to a live band.

The creation of EL SUR resembles the foundations that GIRl ULTRA is built on, with community being important to the creative process. One main player that was predominant in that process was producer Kiddzzie. “I met Kiddziee, whos a producer based in Monterey and he became one of my favorite people. One of my best friends”, she shared. “He lived in my house for years so we could make this album”, she added. “It was made pretty in house”. “We would wake up, talk about music, watch el Chavo de Ocho and go up to the studio”, she said. “It was very nice to evolve a sound and research together, grow up together. Literally that album was him and me and then people would come on after, and the core and the essence of that album is the relationship between me and my friend Kiddzzie”, she added.

“Everything is about making your people feel comfortable and sometimes when a project starts developing and starts growing up, sometimes the tendencies to grow apart from your people [develops] it's very natural. People go and let it happen”.

“My project is not just me..Girl Ultra may be an alter ego, but Girl Ultra is a lot of people, a lot of them are my day ones”, she stated.

“It wouldn’t be the same to hire a bunch of people. We’re all growing together and getting to learn together and eat great food together compliments the music”.

EL SUR is highly house-inspired and with house music becoming a major topic in the mainstream due to two popular pop artists, she shared some thoughts on the limelight of the genre.

“I really enjoy club music and it’s always nice when pop moves to a more interesting place”, she added.

“I’m a DJ as well and I’ve been DJ’ing since I was Girl Ultra and I always wanted to find the maturity to play club music and when I found my sound with El Sur that was about all of these underground clubs in the Mexico south side”, she shared. "There’s a great electronic scene in Mexico I grew up with and I wanted more BPMs”.

One aspect that was a treat to see at This Aint No Picnic was the diversity in the acts present.

Aside from the typical range of music genres, there was a strong presence of POC lead bands and acts, along with a handful of international groups and performers.

“I feel great responsibility, but it's nice to see that there isn’t a big fuss over it”, she said.

“We’re all here, we’re all in the same act, we’re equal and we have the same set times”, she added.

“I’ve seen that on the same stage that Margaritas Podridas was performing, they’re one of my favorite Mexican bands, and finding all of these colors and textures in Mexican music in this festival is super interesting”. 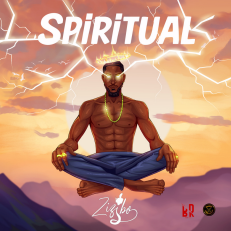