NYC indie rock trio Guards drop their take on the The Cure’s “Just Like Heaven,” the second offering from their forthcoming covers album More Cover Songs. With their explosive version of the track coming to life with infectious guitars and catchy drum beats, the heart of this cover and all the other tracks on the album is find joy during the dark days.

Led by melodic instrumentation and celebratory vibes, the track was one of many recorded by the Guards during the pandemic and channels comfort, familiarity and nostalgia. Built on the band’s signature indie rock sound, this version of “Just Like Heaven,” pulls from The Cure’s intricate, layered production stripping away their hypnotic, hazy delivery to replace it with something gritty and anthemic.

Speaking of the cover, Richie Follin said, “The Cure has always held a special place in my heart. They were the first concert I took my little sister to and they played for almost four hours. It was hard to pick which of their songs to cover, but I happened to turn on the radio in a rental car, and 'Just like heaven' came on so I took it as a sign.”

Consisting of Richie Follin alongside Loren Humphrey, and Kaylie Church, Guards have been around for over a decade, yet manage to weave soundscapes infused with freshness. With “Just Like Heaven,” making for yet another impressive number paying ode to legends while maintaining their unique sonic signature, there’s many more covers to come. 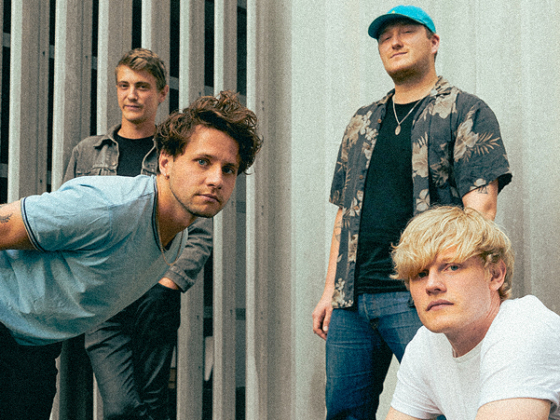