Khari Lucas is a songwriter, multi-instrumentalist, and producer who has been crafting an ethereal and introspective blend of R&B, indie, jazz, & dub music under the alias Contour since around 2015. The Charleston-based artist has since released a number of acclaimed EP's and albums, was a part of the  2019 NTS' WIP grant program, and has collaborated with celebrated black fashion house Telfar. Contour released his most recent opus back in May, an 8-song EP entitled Love Suite features the artist ruminating on the highs and lows of modern romance over various experimental soul backdrops.

Today EARMILK is pleased to premiere the visual for one of the standout tracks on the project, "Outmyface" &"Jewel", directed by John Peters. The surrealist visual perfectly complements both the frantic drum beats and the stark songwriting of both songs thanks to a mix of collage-style editing and varying video formats. When asked to comment on the dreamlike nature of the visual, Khari explained:

The first ["Outmyface"] half of the video is a representation of inner conflict. In this case, the conflict of relationship difficulties but this can apply to all other forms of inner conflict. The second ["Jewel"] half visually explores the ideas of self-perception and facade.

Watch the visual above and be sure to run back & share Contour's Love Suite EP. 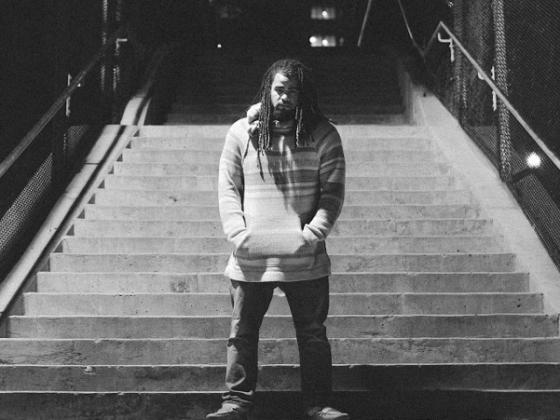 Bigg Z is about his paper on "Piggy Bank"