South Korean singer/songwriter Joe Cho provides the opening track on this week's edition of The Slice. The emerging singer's track titled "GOLD" is a sensual record ripe with sultry melodic runs layered over a sexy soothing backdrop. It's a quintessential R&B tune that explores the dynamics between lovers. Producer/rapper Cloud93ish and singer Celine Love team up for a rap/R&B fusion on their collaboration titled "Say Goodbye." Bolstered by a mellow and somber guitar-driven production, the singer rues the end of a relationship while Cloud93ish follows up with his own experiences pouring his flaws on wax. The song is taken from his A Playlist Made For You EP.

Emerging artist Michael Rich details his artistic aims on "Nameless," a heartfelt guitar-laden track that also showcases his melodic raps. Rich explains that he rather find happiness within his music than being hyper famous.
Sensei D, Xploder, and D Dark deliver a hard-hitting and insightful jam titled "Deserts Miss the Rain." The track which was released after the untimely passing of Xploder sees his younger brother D Dark and Sensei D pay homage to the rapper over a frenzied grime backdrop. From emotional verses and smooth melodic runs, the track is quite touching and sure helps keep Xploder's legacy alive. Lance Retuya's "More Life with U" is an adulation-filled track bolstered by a bouncy r&b infused backdrop. Retuya delivers heartfelt verses that pay homage to his wife who has held him down through thick and thin. Besides being a love-soaked track, it also has a nice club feel so it will bump perfectly in the whip.

Equanimous, Ruby Chase and Mfinity switch up the energy with "Let Me Be Medicine." The trip team up for a chilled, melodic track that is filled with atmospheric textures, punchy downtempo drum grooves, and sultry vocal harmonies to complete the job. Chase is the culprit here and her angelic vocals float seamlessly over the soundscape laid before her.
KIDNAP's  "Morning Scaries" is a summer-tinged track that explores the morning after the rapper's alcoholic binge during his trip to L.A. The soft-voiced rapper takes the listener into the mix as he proceeds to rectify the situation the only way he can.
Canadian singer/songwriter Isadore caught our ears with her newest release "August" a reflective track that dives into an individual's uncertainty about life. The Toronto native delivers a sublime performance bolstered by layered harmonies and a soothing backdrop to match.German producer Mensing and North London, UK emcee Loux  team up for a jazz-infused lo-fi track titled "Won't Get Far." Loux comes through with insightful lyrics and throws in some bravado elements to complete the mission. He also takes time to reflect on his journey as an indie artist. The single plays as the first collaboration between the duo taken from their forthcoming EP, Tessellate. Producer Carter Lynne connects with Blvck Suede and Jayare for this retro-soul collaboration titled "MODERN SOUL." The track exudes the classic Motown sound from lush keys, rich soulful textures, and lively drums that serves as the perfect backdrop for rappers Blvck Suede and Jayare to display their skills.

We are still in the soul section thanks to Sudanese-Canadian singer/songwriter Hatim who gifts us this summer-tinged record titled "Got Away." The singer shares a tale of re-emerging love between him and an old flame but the doubts and trepidation creep up within him. The question asked is, will it be the same result or will it work out for the best? Well, you be the judge, for now, we can relax and enjoy the layered melodic runs and bright textures of the soothing production. The track is taken from his third EP Summer Fling. "Aaliyah" is a tribute instrumental to the late singer by indie American producer Island Boy. He makes use of chopped vocal samples, dreamy keys, and a booming trap groove to create a moody and soulful piece that we all can rock with. DJ EFN affiliate Rxtherapper teams up with Chino XL and 80EMPIRE on "Fairytales." The track has a laidback and somber vibe that works well with the rapper's evocative lyrics that dwell on people faking and putting on airs to get clout. The emcees deliver individual styles that range from gruff, sublime, and reflective so listeners do get different perspectives all around.

LA-based Singer/songwriter Sydney Ranee´share her self-produced single "Complicated" on our list. The track exudes the 90s with its lush guitar riffs, soft basslines, and vibrant drums that gels right with the singer's angelic vocal tone. She delivers her verses with a unique flair and her performance is engaging from start to finish. SlimYungMan's "Love Thy Neighbor" is a somber, self-searching track that sees the indie rapper questioning himself and life in its entirety. Armed with a mellow, soft-spoken delivery, the North Carolina-based rapper gives listeners an honest take on having self-doubts and worries. "So Far Journey" is the newest release from British singer Anushka. The genre-bending track sees her working with Max Wheeler who helps craft a cinematic and nostalgia-inducing backdrop for her soulful and somewhat ethereal vocals. The title is her reflecting on her journey thus far and sees her finding who she truly is after a period of being displaced (figuratively speaking). Rapper/producer duo DiscoCtrl and Yunis have teamed up for a 3 track EP but in the meantime, they share the new single "Do You Like It." Bolstered by Yunis' bass-heavy electronic-soul sounds, Texas-raised lyricist DiscoCtrl delivers an adulation-filled performance that is centered towards someone special in his life. The chorus is pretty catchy and the rapper's lyrical style is vivid as well. Colorado native and Utah-based Pop/RnB artist Nicole McMahan team up with hip-hop artist Liawe on the anthemic track titled "Aphrodisiac." The Gavin McMahan-produced track is  McMahan's debut and it's quite energetic with its anthemic textures and 80s pop/new jack swing sensibilities. The singer delivers powerful vocals reminiscent of early Jody Watley, Paula Abdul, etc on this rousing tune. British singer Ella Eliza lowers the tempo with her single "YOU AND I," a moody and solemn track that explores broken loyalty, love, and self-determination. The production here is dark and also punchy with its hip-hop drums while Eliza's airy vocals play the central role as they seamlessly engulf the backdrop. The sog is taken from her INTROSPECTION EP.

On the track “25 to Life” Buffalo, NY rapper Slice the Mic Snatcha takes the listener on a journey of a father wanting justice for his child being killed and taking it into his own hands. Over a  melancholic and reflective production, Slice weaves a gripping tale of revenge with vivid detail only rivaled by the soul-gripping hook provided by Nigerian vocalist Sal Ly.  Tokyo-based beat-maker Sweet William shares "Beat Theme," an ambitious instrumental piece that blends the worlds of jazz, hip-hop, lo-fi soul, and Japanese music. There is quite a lot to unpack as listeners will be engaged by soft ethereal textures, moody piano arrangements, and summer-infused vibes. On this new single entitled "Gift & Curse," Brooklyn NY rapper/producer M Soto takes time to reflect on the ups and downs that come with being alive. With a passionate delivery, he gives an insightful and somewhat eye-opening account of life in his hood and how things might go awry. Jay Marwaha shares his 6th single "Covers" which sees him employing funk/soulful vibes as the backdrop for low tone vocals. He talks about his dating life in the big city and how the dynamics differ from time to time. It's quite relatable and hilarious to an extent. Manchester artist/producer Glue70 drops this catchy summer tune titled "Spray It Down." The track is a mixed bag of different styles ranging from lo-fi funk, soul with electronic elements. Glue70 himself delivers a melodic performance with tune vocals that sound semi-robotic but still entrancing.  The singer keeps the topic light as well and dedicates it to everyone who sings in the shower, a perfect place where novel ideas are birthed and where everyone can be themselves. 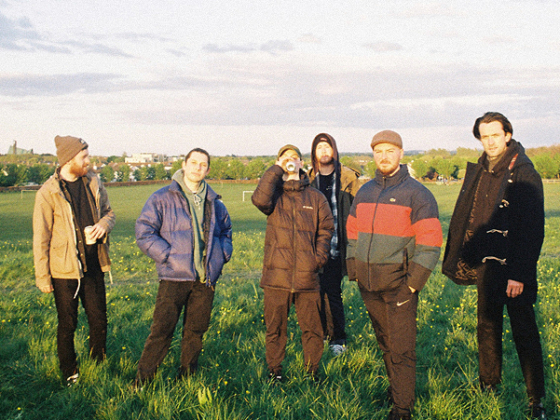 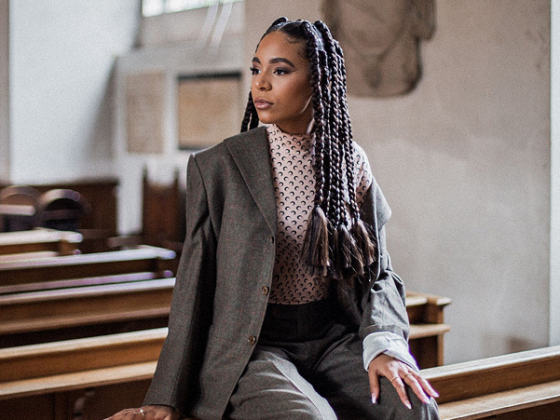