The song immediately opens with blazing horns and an old-school inspired beat, and then quickly builds into a complex collage of heavy rhythm, jazz hop instrumentation, and commanding lyricism that feels as nostalgic as it does experimental. Heavily influenced by cultures throughout history, military instruments from the ancient Mediterranean were played throughout the song and serve an important role in the story and concept behind the project. R.W. who is the band leader confides, "We drew a lot of inspiration from the fact that we've been in survival mode for the past year, just trying to make it through everything in one piece, and that sentiment tied together really nicely with the themes I found myself exploring with these historical military instruments."  The accompanying video shows the band playing together in the midst of the desert, perhaps giving the viewer a geographical representation of where the ancient instruments were conceived as well as paralleling the theme of isolation.

In conjunction with the upcoming vinyl release on Record Store Day, The Urban Renewal Project has partnered with Saturday AM to include an original 20-page manga chronicling the adventures of a young recruit from North Africa in the Roman Legion. 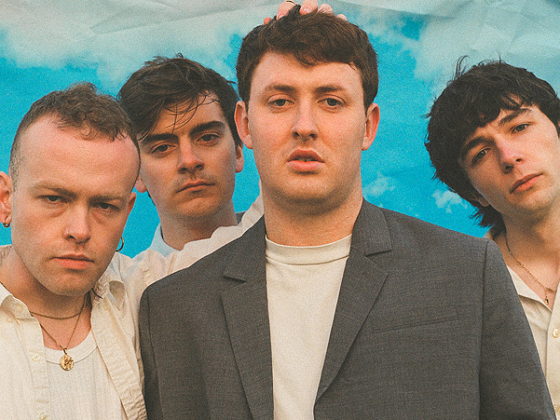