The MC known as Huey Briss has been a revered figure in the Southern Californian rap and fashion scene since about 2014 when he dropped his debut project, Ash Lightly, while also modeling for a number of fashion brands such as HUF, The Hundreds, Cherry Los Angeles, Mitchell & Ness and many more. In the years since, Huey has collaborated and has received co-signs from a number of notable figures in the scene including Pyramid Vitra, Sango, VINCE STAPLES, Maxo,  and most recently Channel Tres.

This is in large part due to his slick and candid brand of  rap that is reminiscent of early 90's hip-hop without sounding revisionist or dusty, a sound that is highly refreshing in an era where a lot of artists are more interested in highlighting empty styles over substance.

The rapper's latest opus is a 12-track LP entitled Grace Park Legend produced fully by his frequent collaborator Nikobeats, whose silky-smooth sample-based production serves as the ideal backdrops for Huey's introspective insights and breezy flows. The album is a love-letter to his hometown of Grace Park, North Long Beach, where he reminisces on memories of youthful bliss, heartbreak, and mischief and how these moments & the city have shaped him into the artist that he is today.

The project was also paired with a raw short-film directed by Christian O’Keefe (@christianokeefe) & Michael Priestley (@themichaelpriestley), that  features Huey as he takes his listeners on a stylized tour of the streets & family that raised him through stark polaroids and film imagery.

Watch above and check out Huey Briss' full "Grace Park Legend" project at the top! 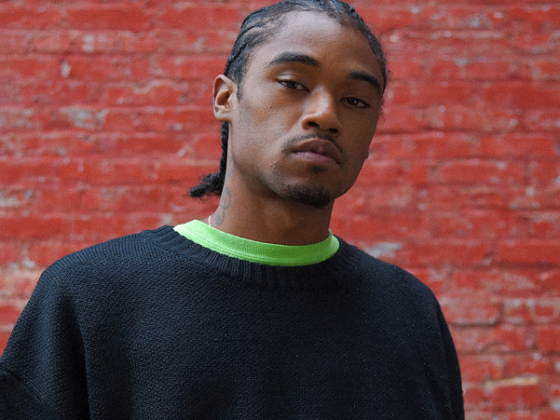