Georgia-native ELHAE returns with a passion-filled project titled Aura III with features from Rick Ross and Masego. This project will undoubtedly speak to your soul through the graceful production and sweet delivery in the most gentle way possible.

Aura III is a unique continuation of Aura II, which ELHAE dropped in 2017, being a Billboard-charting EP. Aura III will undoubtedly leave an even greater impact, as his talent finds a way to give us butterflies through every single sensual song.
On "Fun Fact," we are instantly introduced to ELHAE's mesmerizing vocals, as he smoothly serenades us while hitting unreachable notes. The sweet hook automatically reels us in with delightful lyrics such as, "I can't control this feeling baby I / Need some sexual healing baby, I /."  When Rick Ross comes on the track, his effortless flow and satisfying wordplay beautifully contribute to the sensual nature of this track. "Fun Fact" undeniably has an infinite number of healing components, especially through the light production, mostly due to the classic piano keys that are being gently played throughout.
Once again, in "My City," ELHAE introduces radiant piano keys to the background sounds, creating a sonically fascinating light production. Both Masego's and ELHAE's voice blend beautifully together, creating a heavenly atmosphere as soon as this song comes on. Through clever songwriting, such as "If you say you want it/ You got it/ It's all in the fine print/,"  these two artists create another indisputable hit for the ladies.
On "Separated," ELHAE is not afraid to display his raw emotions. Through intense songwriting, such as "How could I blame you / Stupid me for thinking I could change you / Hold me down or elevate you or educate you/ In the ways of love /,"  he shows us his poetic, more vulnerable side. Sweetly serenading us with his powerful voice over chimes in the sound, he is definitely able to mend our broken hearts.
Overall, through the dream-like sounds in the production and the poetic songwriting, ELHAE gives us a feel of his alluring aura in Aura III.
Connect with ELHAE: Instagram | Twitter | Spotify
Connect with Rick Ross: Instagram | Twitter | Spotify
Connect with Masego: Instagram | Twitter | Spotify
Total
0
Shares
Share 0
Tweet 0
Share 0
Share 0 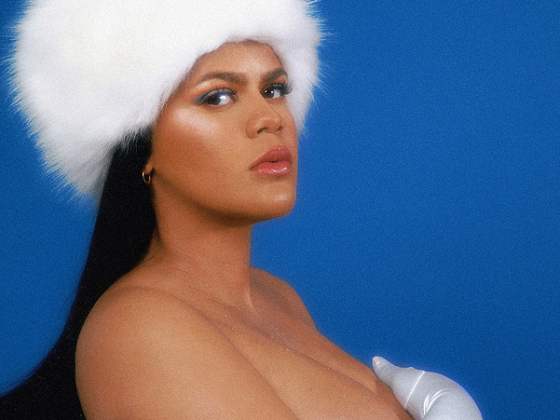 Toni Romiti's "My Fire" is a stunning pregnancy announcement