Psych-rock, jazz outfit Crumb has released two new singles in the "BNR" / "Balloon" pack, as well as a music video for the former. This pair of songs, along with March's "Trophy," are the first to follow the band's debut full-length project, Jinx. The Brooklyn-based outfit was originally formed in 2016 to realize a collection of songs lead singer Lila Ramani had been crafting since her high school days that would eventually evolve into the Crumb and Locket EP's whose positive reception prompted the group to continue operations–touring consistently, and recording new material. The every-track-is-a-single level of attention to detail seen on these three projects, paired with the two-year incubation periods between releases has made each new, upcoming drop feel like a real event. Recently, the band let us know that we are very close to just such an event, announcing their second full-length album, Ice Melt is due April 30th.

"BNR" and "Balloon" pick up where the ostensibly sweet "Trophy" left off in introducing what Ice Melt's new blend of eery, tranquilized psychedelia and jazz rock might look like. "BNR" opens with a dreamy series of chords wrapped around a really nice drum loop. A pretty minimal platform supports Ramani's daydream vocals, eventually blooming into a floral finish. The songs's video follows the deep sleep, surrealistic direction Crumb showcased in visuals for "Bones," "Locket," and "M.R." "BNR" follows a theme of motion without agency: Ramani's walking down the street is likened to an inanimate object as water runs down the sidewalk and a loose tire rolls nearby. The video begins in black and white until objects appear in red: a stop light and a stop sign. From there, she finds herself frozen in time at a nice dinner table –waiters buzz around her, isolated from any sense of place; red objects are interjected into the video, cutting to and from her. After this scene, the video takes a real left turn: we won't spoil it but it's wild.

"Balloon" is a fresh take on a more traditional psychedelic palette. There are some playful, vibrant production choices, culminating into a chipmunk-vocal type pitch shift warbling through static and kaleidoscopes. Through both tracks, Crumb communicate a balancing of so many ingredients: the vocals and lyrics are both apathetic and etherial, disorienting but pleasant. The tracks, much like the rest of their catalogue have a relaxing vibe but a headiness that requires multiple listens.

These tracks leave a lot to be excited about in terms of what the new LP will look like. The band has described the forthcoming release in saying, "Crumb's second album, Ice Melt, takes is name from the coarse blend of salts that you can buy from your local hardware store. beginning with the dynamic chaos of "Up and Down" and ending with Crumb's closest thing to a lullaby, Ice Melt's ten tracks combine like sculptures melting into a glistening puddle." The band has also shared the project's cover art and tracklist, both included below.

The album is made available through the band's own Crumb Records and is currently available for pre-order. The album is set for April 30th, but the first three singles are currently streaming. Make sure to check them out as well as the band's socials as linked below. 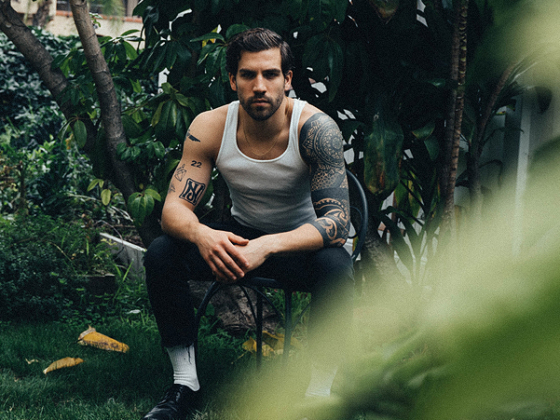 alexdrake. wants us to just "Let It Go"