Every once in a generation, the earth has been graced with multi-talented wonders who were able to command not just music charts, but box offices, stadiums, and stages like no other. Triple-threats like Michael Jackson, Prince, and Gregory Hines have left an imprint in the world that continues to inspire the next generation of all-round creatives. It was these same artists, in fact, who sparked a passion for entertainment in the young Trevor Jackson. As a toddler growing up in Indiana – the same state that raised MJ – Trevor Jackson already knew what he wanted to do in life: entertain. Just a couple years after learning to walk, Jackson started tap dancing, and at eight years old, he was touring on Broadway. The grind hasn’t slowed down since. The now 24-year-old Jackson has established himself as a bona fide actor, director, singer, songwriter, dancer and instrumentalist, to name a few. In between playing a lead role on the TV show Grownish, Jackson always found time for his first love: music. And on his official debut album, The Love Language, he peels back layers from his years in the limelight to remind us of the importance of feeling, expressing and creating from the heart. EARMILK had the pleasure of catching up with Jackson over the phone to discuss all things music, life, and love.

A multi-faceted entertainer and style savant who’s at every red carpet event, Jackson seems like he’s on top of the world. But the journey to where he’s at now was a long one coming. “It was not always easy. I remember I used to audition and I used to be so nervous. I’d put everything into one basket. And I [would] think that the people sitting across from me were the gatekeepers…that they were in control of my life. And the minute that I started realizing that I was all that I needed, [I] started attracting those things.” When Jackson flipped his perspective on what success truly means, he started seeing results – but it wasn’t without disapproval from others. “The trick is to keep going,” he shares. “I’ve been told no a trillion times. I've been told not to do music a trillion times. And it's like, I owe no one nothing, but I owe myself everything.”

It was this realization that helped Jackson follow his heart 100% across all borders. “Music is the one thing that I can do where I feel like I can be the truest version of myself. Some of my friends said, ‘I never knew what you were going through until I heard your album.’” The Love Language, as the title suggests, sees him bear a more vulnerable side, revealing what makes his heart beat and his mind anxious. The album’s honest penmanship is a perspective we often don’t see from men, Black men in particular, who have been taught to shield their emotions. On songs like “Love Don’t Change” and “This Won’t Go Viral” Jackson trades upbeat hi-hats for raw, stripped-down acoustic production and walks us through his insecurities, needs, and desires. “I think I just kinda tapped into the vulnerability of myself,” he explains. “Especially as a man, Black men in general, it’s hard for us to open up. And that’s all I'm trying to do on this album. With everything that's going on in the world, obviously the pandemic, social injustice…I just wanted to make something [so] that people could feel the love, listen to it, and escape that. That to me is the number one answer: Love heals all.”

Conceptually, The Love Language explores the intricacies of intimacy and reminds us of the need for transparent communication. You hear tracks like “LOVE&affection” that share a unique male perspective on dealing with uncertainty in the fate of a relationship. Sonically, The Love Language lends a new, slower and contemplative cadence to Jackson’s discography, distinct from its trap-influenced predecessor, Rough Drafts, Pt 2. Mixed by Jaycen Joshua, the album was delicately and deliberately sewn together from start to finish. We see Jackson’s musical versatility on songs like “Bouts To Be”, where he shows off his vocal pipes, hitting a killer run in the song’s bridge, and even bringing out his electric guitar to close the track off with an epic solo. The Love Language is unarguably Jackson’s best and most mature work yet. From start to finish, each song offers a unique take on the five love languages. At first listen, the double entendres in Jackson’s lyrics may just fly over your head if you’re not listening carefully. Even on the album’s dance worthy tracks like “Pictures By My Pool” and “Be Yourself”, Jackson’s lyrics follow an empowering trajectory. It's clear he’s found a new flow as a songwriter. “Throughout the album, you hear times that I feel really good, things that make me uncomfortable, things that I question,” Jackson details. Explaining why it was necessary for him to make an album about the realities of love, he shares, “There is no traditional version of love, and I think that’s what gets mistaken with us today…we think [love] is supposed to go one way, but it's all dependent upon the two people and what they like. It’s not always gonna be great, you know. Some days you're gonna have things you're frustrated about. But the key is communication and that's where I can feel like I can be the most honest in my music.”

In addition to writing his own music and experimenting with live instrumentation in the studio, Jackson is also a multifaceted composer. He takes immense pride in the process of bringing his projects from inception to completion: “I never put out anything just to put it out. I’m in the editing process, I'm in the directing process, I’m in the recording process…until the final product,” he explains. The need to have artistic autonomy over his work is one of the reasons why Jackson released The Love Language, and his last two projects, through his own label, Born Art. Detailing why he started his own label, he shares: “It was important for me because Born Art represents [the fact that] everybody was born ENOUGH. We have so many people trying to be somebody else. People who want to change themselves to be accepted. And Born Art – everything we stand for, whether we’re producing movies or music – is about being authentic to yourself, and again, not taking no crap from nobody.” A brilliant concept that’s much needed in today’s society, Jackson’s brainchild seeks to unite with a simple message: everyone was born art, just as they are. The creative projects we’ve seen from Born Art remind us that through honest expression, we can discover the masterpiece that we already are. And it’s not just a cool concept. Jackson and his team, which includes his brother Iyn Jackson, have been releasing other forms of art that challenge the notion of originality. Oftentimes, Jackson will transform his songs into short films and take the lead on creative direction, like in the charming video for Get To You.

Speaking on his calling to stand out through art, Jackson shares: “I feel like tradition is awesome, but it's also limitation. I’d like to change the narrative. Even when I do music videos, I want to make it not the typical music video. If I was back where I was a while ago, people would have me wearing the same stuff everyone is wearing, shooting videos with girls dancing on a pole or something…I just wanna change the narrative on all stances. That's what I wanted to do with Born Art.” As an entertainer who’s been in the industry for nearly the past two decades, it makes sense why Jackson has such a high standard for everything he puts out.

“Regardless of where you're at, who you are: you owe nobody anything. You owe yourself everything. And by not being honest with yourself, you're kind of denying yourself that right.”

Jackson has achieved what so many hungry up-and-coming artists can only dream about, and he doesn't show any signs of slowing down any time soon. Curious to know what drives his immense sense of intentionality, I ask how he has been able to steward his time and talents so wisely. He replies: “I think it's my faith in God and my faith in my purpose. And although I may not know exactly what my purpose is, I know it’s to help…the one thing people are missing today is the belief in themselves. We got kids killing themselves because they don’t love the skin that they are in, and the only reason they don’t love the skin that they're in is because people have told them the skin they're in is wrong…so I try to do whatever I believe in wholeheartedly. And by doing that, I hope everybody who sees me or who’s a fan, or maybe I just met you on the street…that you walk in that. Walk in the strength of knowing that who you are is enough.” Jackson’s response could not have been more fitting. Just before starting the interview, in fact, he was approached rather serendipitously by a few fans on the street. Over the other line, I heard him politely greet each one of them and graciously offer to take a photo. He wanted each one of them to feel seen as they are, and despite his busy schedule, he made time for them. Jackson is an artist who doesn’t just talk the talk, he walks the walk. And in everything he does: whether it's writing, directing, filming or interacting with fans, his life is a testament to loving from the heart.

In a society that’s obsessed with the way things look, Trevor Jackson stands for a calibre of artistry that prioritizes being real over selling records. And on The Love Language, Jackson’s honest reflections remind us of the importance of authenticity. When asked what he wants people to take away from the album, Jackson sums it all up beautifully: “I hear so many people, even around me, talking about relationships like it's a game…and it shouldn't be a game, life is too short to play games. Say how you feel. Put yourself out there. Love people. Tell people the truth, and be kind.” Crafted from a sincere place, The Love Language reminds us of the importance of slowing down from the noise and hustle to show gratitude for the ones we love. We live in a day and age where a lot of people have perfected how to make life look like a good time, instead of actually having a good time, and it’s a dangerous place to be in because it forces people to obsess over untrue realities. Like his heroes, Jackson acknowledges that it's only from living and creating from the heart that we can touch the lives and hearts of others. An old soul who’s eternally young at heart, Jackson is a living testament to authenticity. He doesn’t mind being the anomaly – as long as it helps others to feel seen and heard.

Listen to The Love Language below: 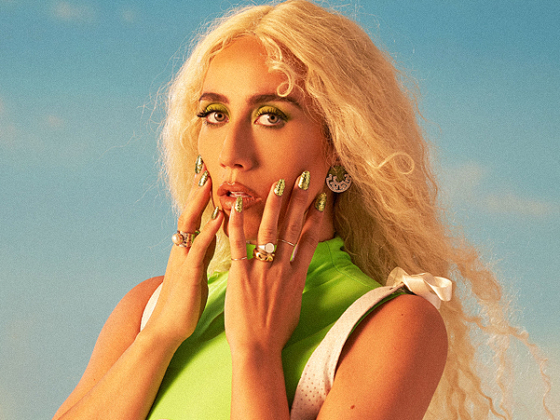 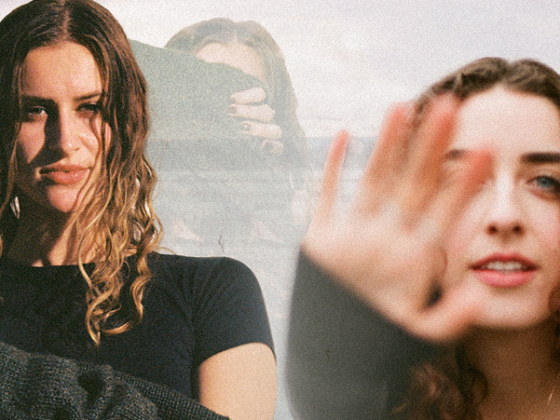 Tommy Lefroy return with their pensive sophomore single, "The Cause" 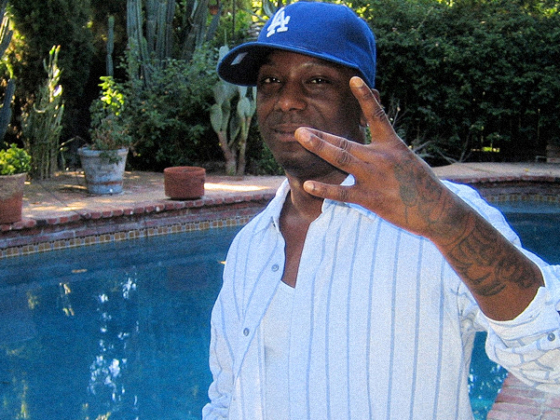