Emerging emcee Stoney Hoop helps open up this edition of The Slice with an homage to the late emcee and producer MF DOOM on his single "MF HOOP." A reflective track that boasts moody textures and insightful lyrics about a personal loss, challenges, and how they made him into a better person. The legendary eccentric rapper Kool Keith got a new single titled "Bright Eyes" that shows he hasn't lost a pep in his step. Backed by the sparse soundscape crafted by the production team Triple Parked, Kool Keith brings to the forefront his unique off-the-cuff style of rap that he is renowned for. "Bright Eyes" is the lead single from his forthcoming LP KEITH’S SALON.

Louis Metric goes for a summer-type vibe on his song "Poolside." metric delivers a feel-good, carefree performance over the smooth dreamy backdrop and shares his sunlit debauchery far from the gloom and doom of the times. Canadian singer Melanie Durrant tapes the talent of acclaimed producer and DJ Statik Selektah on "Listen." A smooth fusion of boom-bap and R&B vibes with Durrant in her element. From her lush and commanding vocal tone and confident demeanor, she shares a heartfelt tale of emotional abuse and its aftermath. Nigerian rapper Nos brings together a couple of genres in his entry titled "I could only." The track has a catchy reggae guitar pluck and the hip-hop bounce adds an extra sauce to it. On the flip side, Nos tackles real-time issues in his own way and implores listeners to make the best of their time here. Canadian group HarveyDent brings back the grit with their song "Feel It" a bravado-laden track ripe with dark textures and punchy drum arrangements. That is that good old 90s rap hardcore fans would feign for.

We head to Australia with duo Miroji. Made up of vocalist Gogo and producer George, the duo delivers a mix of sounds that take bits from pop, soul, and alternative elements. Their new song "Pass Me By" is somewhat moody and Gogo's bright vocals shine through with her rich melodic runs and heartfelt lyrics about the pros and cons of long-distance relationships. South African hip-hop act A.B.T dives into the struggles of the young black man on his song "Broken Promises." Packed with evocative lyrics, the rapper shows us the effects of domestic violence, disenfranchisement over a guitar-driven backdrop. It's quite touching and enlightening as well. UK emcee Chiedu Oraka is not ready to take his "Foot Off The Gas." He brings down the proverbial hammer over a moody drill backdrop and lets listeners know that his tolerance level is very low. Oraka holds back nothing and he is as unapologetic as they come. Euphorik is an emerging producer and rapper from Victoria BC whose new single "Blind" caught our ears. He crafts a boomy and somber beat and discusses his inner fears within a blossoming relationship. Fusing melodic raps and insightful lyrics really work on this track and it's very revealing and relatable. Singer Tae Brooks delivers smooth catchy r&b tune "IDC" that switches the tone of the list. Backed by an upbeat and soulful backdrop, Brooks gets into his element with a sultry melodic run and an unapologetic demeanor that details his not-so-good experience with a lady. In case you didn't know, he was the voice of Michael Jackson in the animated TV series Black Dynamite.

Sir Jon Lee kicks it back in gear with "Ryder" a bravado-laced raunchy record. The production here is soulful and choppy and Lee's vivid lyrics about being a side dude are engaging from start to finish. He knows his position and plays it well. "Patrick Swayze" by UK rapper B.Blasé and producer Rusty joints is all about dope lyrics and beats. The fusion of dark moody production and bravado lyrics is all that matters here. Emerging singer TOVA dives into an interesting topic on his song "Pedestal." A broody and ethereal track that deals with the downsides of putting people on a pedestal. DIE-REK implores listeners to focus on themselves on "Diddy Dum Diddy Doo." backed by a smooth backdrop, he shares some gems for all to grow on and the need to be content and quit chasing clout or comparing our situation with others. "My Addiction" by Kristina Murrell is a cool blend of dancehall R&B and it's a sexy fun track we all can rock with. Murrell delivers a sensual performance with her sultry vocals and vivid lyrics about being addicted to someone. We close out this week's list with the help of singer Grace Weber whose uplifting vocals and encouraging lyrics on the song "Thru The Fire "make for a great listen. From the layered and rich production and commanding vocal presence, Weber shows us how she gets her strength through the struggle. Joining her is Chance the Rapper who adds his own thoughts on the track with his unique melodic flow and insightfulness.

Chiedu Oraka – "Foot Off The Gas"

Grace Weber – "Thru The Fire " feat. Chance the Rapper" 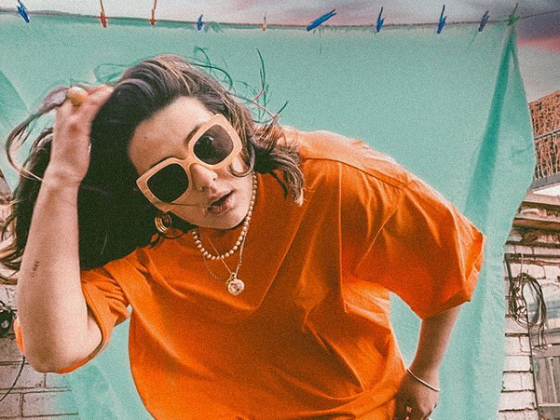