Next week kicks off the 2021 annual BRIC JazzFest. The 3-day festival begins Thursday, April 8th and will run through Saturday, April 11th at 7 P.M EST. at BRICartsmedia.org/JazzFest. To celebrate the blueprint of music, the virtual festival will include performances from trumpeter and activist Keyon Harrold, Phony Ppl, Nikara presents Black Wall Street, and many more. In addition to a heavy roster of fresh and talented artists, multi-Grammy and Emmy Award-winning artist, Robert Glasper, and multi-Grammy nominated singer-songwriter, rapper, and bassist Meshell Ndegeocello join the lineup alongside Roy Ayers. In honor of this festival, Glasper and Ndegeocello caught up with EARMILK to talk about the event and the beauty of jazz.

Both Meshell Ndegeocello and Robert Glasper have spent their careers showing how dynamic the artistry of jazz can be and now the two are reuniting to celebrate the diversity and evolution of the genre. “Meshell and I were in Brooklyn before BRIC was even built. I lived on St. James Street and stayed in that area for so long, so it’s cool to finally see something being built and to be able to participate in the festival to represent the city”, Glasper reminisced on his time in Brooklyn.

The BRIC House was built back in 2013 in Downtown Brooklyn. The arts and media institution serves as BRIC’s main venue for performances, art exhibitions, artists' workspaces. BRIC has been giving back to the community through education, the arts, and civic action for over forty years and the JazzFest is an extension of their continued service. Ndegeocello chimed in to acknowledge their divine connection”, I, too, lived on St. James, another one of our cosmic things”. The two continued to reminisce a little while longer. Showing off the cohesiveness of their bond, the two teamed up back in 2020 with R&B artist, H.E.R, for the Grammy Award-winning single “Better Than I Imagined”. A dedication to Black love, the slow-burning and soulful cut, features spoken word from Ndegeocello while H.E.R floats over piano chord progressions. Getting back to the JazzFest, she bounces off Glasper’s initial thought, “to open for BRIC, I love BRIC. It’s an amazing facility and offers so many opportunities for people to be creative and hone their craft. I’m just happy to be able to support them”.

Music is constantly evolving and it’s easy to forget how much jazz has paved the way for many modern sounds. For artists like Glasper and Ndegeocello, that have explored the culturally diverse sounds of Jazz over the years, the duo has an even deeper appreciation for the festival. “I think it’s dope. Jazz fertilized the ground and everything is growing out of it. We are the fruits of it. Different fruit but from the same garden. Most people think of Jazz as one sound, but it’s more than that. It’s supposed to be the freest form of music and it’s good to show the many faces of Jazz”, Glasper expressed. As a man who’s had a hand in albums like Kendrick Lamar’s prolific To Pimp A Butterfly and K.R.I.T’s trunk-rattling 4eva Is A Mighty Long Time, his metaphor holds some truth. “That’s the reason why I got into this music. I’ve had the chance to see jazz artists that weren’t from the typical straight-legged cloth of Jazz. I remember Roy Hargrove coming to my high school in Timbs and overalls. I was like “you can’t play jazz and look like that, like what?” But there are so many sides to the music and the festival represents that”, he continued. Meshell has also created timeless sounds inspired by the blueprint.

Debuting in 1993 with the Gamson-produced, Plantation Lullabies, the album captured genre-bending sounds that were born from the soul of Jazz. Her album hit “If That’s Your Boyfriend (He Wasn’t Last Night)”, assembled funky guitar strums and smooth piano keys to create a true funkdified groove. “I’ve been a fan of Black American music, that’s what I’ve preferred to call it now because it has a fantastic history. I’m more connected to the struggle of people of color. It was a place that they could have free expression but I hear it in all music. I’m a big fan of Miles Davis and seeing him perform pop songs reminded me that, all these are just colors that can be improvisational landscapes. If you take a journey through any style of music, that Black American ethic of “I can take something that you made and make it mine” is what holds me to the music. It makes me proud of the music”, Ndegeocello adds on. A well-articulated encapsulation of how fluid music can be, she has displayed the true nature of music evolution over the span of her career.

While jazz music has played a great role in the progression of music, it also holds a space for Black activism. A historical and pivotal piece of Black history, singers, writers, painters, and creators have used the music to bring not only awareness to racial injustice but to embrace Black culture in America spanning decades. “Back in the day, jazz musicians lived in the shit. Having to go through kitchens to play in clubs, not being able to mingle with the crowd, or even stay at nice hotels, they went through the struggle of even being able to play the music”, Glasper touches on the racial disparities our musicians have experienced. “They made it possible for us to be able to play comfortably. We have struggles, but not even close to what they experienced”, he continued. Although racism is still very much alive and thriving, Black artists are getting more opportunities to not only create but perform. Our veteran musicians are moving on and creating spaces for new generations of Black artists to make something. While some may want to gatekeep the original sounds of Jazz, both musical trailblazers are welcoming the change. “Free yo mind!”, she laughed out. “Nothing is gone, it’s just different. Nothing is good or bad. I may critique things but it takes much faith in yourself to put our stuff. So, I’m learning that it’s not my job to disparage anybody. There’s so much good music being made. Music is a gift and you’re about to hear some amazing things from the unexpected”, she continued. Agreeing with her, Glasper also finds excitement in how music is changing. “If you left electronics to the jazz police, we wouldn’t even have cellphones. People don’t want to evolve but that’s what it’s supposed to do”.

From her 1993 debut to her latest 2018 album Ventriloquist, Ndegeocello has stood the test of time. Beyond the music, she has explored the politics of race and sex. Her 21st-century ritual tool kit for justice “Chapter and Verse: The Gospel of James Baldwin”, strung together her music, writings from Baldwin, informal meditations, and artistic videos that explored Baldwin’s many socio-political lessons. Without skipping a beat, she continues to create but never denies her feelings of doubt. “I’ve been at this a while and there are moments where you have doubt but your amazing friends call you to participate in something. There are moments when you question your purpose but that’s part of the journey to help you make your way back. I gave a lecture at Emory and I said if I didn’t play music, the only job I’d be qualified for would be like a frontline worker. I’m really like a regular person and music is my spaceship to these worlds that exist in my mind. So, the moment I have doubt, I have to slap myself because that would disrespectful to the Grand Gardener. I have to be happy and appreciate the gifts I’ve been given”, she said. That’s something we all could take with us. Glasper giving a nod to her undeniable talent and diligence over the years, sits back and acknowledges that she has him beat. Continuing to reflect on her decades of work, she gives some of her greatest thanks to the music. “I’m happy for the life I can provide my family and for the people I’ve met. Musically I’m learning that people just want to have a good time. I think I’m known for making sad songs. I think with my sadness, I have something to share. As long as I’m honest with myself, I’m good. I’m just trying to have a good time”, she finished. “Even with your sad songs, Meshell, you’re still doing it sexy as hell. People making love to your music and don’t even know what you’re really talking about”, he couldn’t let her finish without letting her know, the music still slaps. “I think that’s why Robert and I have that essence because you can feel the sincerity in our sadness. In the music”.

Set to hit the stage on the last two days of the festival both Ndegeocello and Glasper are preparing to give fans an unforgettable virtual experience. While Glasper is still in the idea stages of his set, Ndegeocello is planning to give a performance that exudes “jubilance and body movement”. Inspired by Kaytranada’s unique style, she’s hoping to give something along the same lines. Outside of the festival, Glasper is putting the last touches on the third act of his Black Radio project. Slim on details, Ndegeocello is hoping to get some help from her fellow counterpart on some upcoming music. While we wait on the music, tune into the festival and enjoy the experience.

Sara Phillips reflects on "nobody loves you" 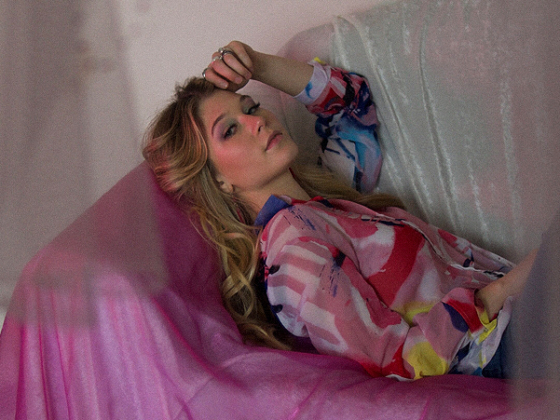