Haunted houses are typically known for their jump scares — a scary clown in the corner, hiding in the dark, or a hooded figure that seemingly comes out of nowhere, causing anyone who walks through to scream in fear. But then there are the ornate haunted houses. Ones with delicately crafted stained glass windows, bookshelves that are really the entrance to hidden rooms, and a general feeling of spirits in the air, letting you know that you’re not as alone as you think you are. In talking to Charlie Hickey about his debut EP, Count The Stairs, he describes his working relationship with Phoebe Bridgers, the intricacies of his music, and how “sad” songs aren’t actually all that sad, giving me a walking tour of the ornate haunted house inside his mind.

Hickey is a musician that I’ve had in my peripheral for years now. Whether it was seeing his name on a bill at the Bootleg Theatre in Los Angeles or seeing a friend of mine post one of his old songs on their Instagram story, his presence in the LA music scene has been made known.

With that being said, in many ways Count The Stairs officially marks his arrival. “It does feel very separate to me,” Hickey says, in regards to his previously released music. “It does feel like I was in a very different mindset, which maybe in some ways I’m envious of a little. To me, I like the songs that I write more when I’m being more intentional about it and thinking a little harder about it. I think the Count The Stairs EP marks the beginning of… I think of it as a first real statement in a lot of ways, even though it’s not really.”

Though in many ways this is a new beginning, Hickey has been playing music to some degree his entire life. Growing up in a family that was composed of musicians, the influence of his environment led him to follow suit. “It was always just kind of in my house. I was playing music in some shape or form since I could talk like just banging on guitars around the house or making up little songs about things that would happen at school.”

At 13 things took a turn after uploading a Phoebe Bridgers cover to Youtube. “My 13-year-old self was very inspired by Phoebe and she became one of my favorite songwriters, but I also knew her peripherally. I did a cover of one of her songs on Youtube, an old song of hers. She saw the cover and that’s how we started playing music together.” A few years later Bridgers introduced Hickey to her drummer and collaborator Marshall Vore, and the two hit it off. Having written many songs since the pair chose six of them to be what is now Count The Stairs.

Throughout the record Hickey’s storytelling is what stands out. Though it’s not a concept album the general themes of mental health that encompass the title and body of work, as a whole, is a prevalent throughline, “I have really bad OCD and that is something that I talk about a lot about in my songs, my OCD and my anxiety,” Hickey explains. “So counting the stairs is kind of an image of that and I liked the idea of the name of my EP being like an ode to my OCD.”

It’s this imagery that exists in each song that makes you hang on his every word. Instead of being blatant, he’s poetic and subtle in a way that makes you think about what exactly it is that he’s saying. On “Count The Stairs” he sings, “But whenever you feel sick, I’ll be a symptom,” essentially saying, “I’ll be there for you.” In the chorus of “No Good at Lying,” he sings “I’m no good at lying / On my back or through my teeth,” which has a double meaning of not being a good liar and not being able to ever sleep very well. His sonic choices only allow for the story to be elevated, never overpowered.

Though most lyrics on the record will leave you reeling in their aftermath there’s a specific one on “Two Haunted Houses” that sticks out as Hickey's favorite. “‘And when I’m pretty sure I’m dying / Promise you won’t leave my bedside / It's just a symptom of being alive,’ The year I wrote that song I was really debilitated by hypochondria, which is always being afraid that you’re dying,” Hickey explains. “And that refers to walking around all day and having these bodily sensations and googling symptoms and it’s like rather than being a symptom of dying, it’s just a symptom of being alive, to just have weird sensations.”

“Two Haunted Houses” stands as the only song on the record that he wrote completely alone, having written the rest with Marshall Vore. He says that working with Vore on the record has been his defining collaboration, as well as working with Bridgers on background vocals on “Teen Feet Tall” and “No Good At Lying.”

However, he points to writing “Seeing Things” with Steph Jones (Selena Gomez, P!nk, Celine Dion), as a really magical day. “I loved writing that song with Steph cause we sort of wrote it in a very pop songwriting, writing session kind of way. We could have gone and produced it like a pop song, but we ended up producing it like an Elliott Smith song,” says Hickey. “I like collaborating with people who come at things from different angles, like people who are more pop-minded, or who bring different things to the table and take things to a place that I couldn’t.”

Though we didn’t delve too deeply into the meaning behind “Seeing Things,” it seems to touch upon the anxiety that exists in a relationship, platonic or otherwise, when you constantly think the other person is going to leave you, even when there haven’t been any indicators of that happening.

To the naked eye, the tone of the EP might get lumped into “sad indie music,” as its themes can be seen as less than happy, with the sonic choices bolstering that sentiment even more. But that would be seen as a grave injustice.

It was about a month ago when Lucy Dacus tweeted, saying she had a bone to pick with the “sad girl indie” genre and the “commodification and perpetual expectation of women’s pain.” Though Hickey isn’t a woman, Dacus’ message resonated with him. “It’s different, very different for women and non-male singer-songwriters and the way that their pain is viewed. But I think for all of us it’s kind of like we’re all just writing about life,” Hickey states. “I mean I don’t know what else there is to talk about besides the things that are hard and the things that are complicated.”

Classifying music as “sad” can often delegitimize it, and that artist’s lived experiences. Hickey wouldn’t identify his music as sad, saying, “to me it’s just honest.” In what he hopes people take away from it, he hopes for happiness. “I’m kind of happy for anyone to take anything away from it, as long as it’s making them happy. I hope it makes people feel good as opposed to bad.” Count The Stairs doesn’t involve any scary ghosts, per se, but by the last notes of “Notre Dame” you’ll be left feeling like you’re no longer alone. 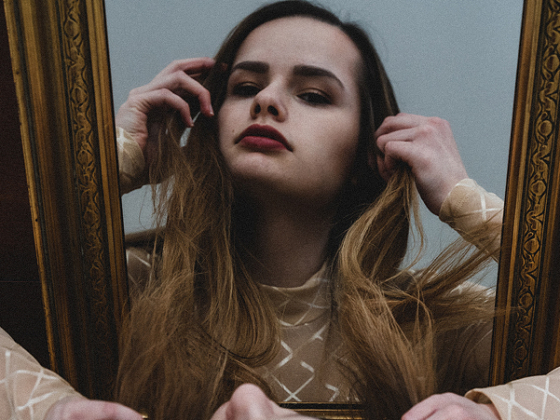