Lil Step comes through with an atmospheric debut album in Relativity, executively produced by DK.

Lil Step is a R&B and hip-hop artist from Western Massachusetts, who was raised in a musical family, and he is of Ukranian descent. He first began singing at age 4, inspired by his father who is also a singer. He first broke onto the music scene through collaborations with South African artists L. Junior Trapstar and Naxion Cross. Since then, he has carved his own sound through mixing melodic hip-hop, R&B, and ambient elements.

Relativity is a bittersweet, reflective album. The opener “M.I.A.” sets the tone, featuring wailing, melancholic guitars. Cloudy synths drift in and out as minimalistic percussion echoes beneath. Album highlight “Emotion” follows the opener. "Emotion" is a reminiscent, thoughtful song. It finds Lil Step reflecting on authenticity and the importance of staying true to oneself. His vocals are powerful and full-bodied. The accompanying instrumental features dazzling, atmospheric synths and melancholic backing vocals. Beneath, crisp drums ride overtop of rich bass. Next is the breezy “Nobody Like You”. This song features bouncy drums and swirling vocal samples. Alongside this, ambient synths are added to create depth within the song. The album’s closer “Don’t Wake Me” is another album highlight. It takes on a much different mood than the rest of the album, featuring Lil Step crooning over top of acoustic guitars. The instrumental is stripped back but laden with melancholic beauty.

Overall, Relativity is a strong start for this young Western Massachusetts artist. Considering it is Lil Step’s debut album, he shows a lot of maturity throughout the record. One can only look forward to what lies in the future for Lil Step. 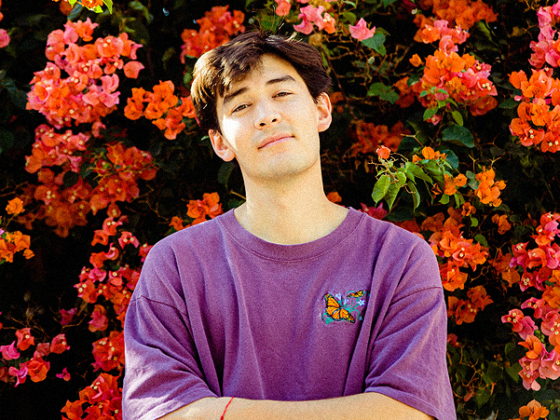 Public Library Commute glistens in the "Moonlight" on latest single