Michael Da Vinci is ready to officially introduce himself but true his introduction onto the scene already happened years ago. Already with a number of singles and features under his belt, the rapper is just now releasing his debut project Roses. If you were to ask him, the journey has always been about finding his sound before finding his stride. For Da Vinci, authenticity's the only currency for artist seeking longevity in their careers and the only way to find it is through experience.

On a recent phone interview with EARMILK, da Vinci explained his choice of being patient with releasing music for so long was to hone his own artistry. “Being around my team {The House} has helped me grasp a better understanding for making music and just growing up. Life's a major aspect of the music, especially the type we make because it’s so honest sometimes that we forget to live sometimes. If I can make sure I’m resonating with the next person who’s listening, everything’s great.”

The statement alone exemplifies the kind of music scene that Chattanooga has created in comparison to neighboring cities. They're able to draw influences than favoring the trunk-rattling club sound that Memphis and Knoxville have become renowned for. It's just that the one they’ve created in their hometown is a little more introspective and moodier.  The final product of the EP wouldn’t sound as complete on both ends without it, even production-wise.

The eight-track project is an atmospheric trip unlike anything the rapper has released before. His previous work is known for its stoner-rap aesthetic and his new delivery is something rather psychedelic. The album art is colorful and experimental, which is exactly how Mikey D and Columbus-based artist Lege 伝説 envisioned it. Hallucinogenic imagery depicting two dogs on a trippy ride to heaven casts a bit of uncertainty to what an average fan can expect. Ultimately, this is exactly the mood the rapper was looking to set prior to the listening diving in. “I knew the cover art was going to spark conversation because it doesn’t fit me. But the original idea was to make something leading people to the music for an explanation”, Da Vinci said.

Roses is a two-man effort between da Vinci and Lege 伝説. The multi-platinum producer became acquainted with Da Vinci through mutual friends and noticed an immediate chemistry between them. Lege 伝説 and Da Vinci's synchronized energy balances the project’s eccentric tones with tailor-made experimental sounds that coming out just right somehow. According to Michael, it took a nearly two-week studio session for them to find their zone for this project.

Lege 伝説 added on immediately by saying that it’s hard for artists and producers to work in such an environment, even in pre-quarantine. “As a producer, I like to get a vibe with {artists} I’m working with. It’s hard for me to catch that energy and be able to make something from scratch. So when I came to make Roses, I didn’t know what I had in store, but I knew that Chattanooga sound is different.”

He then proceeded to give a wild analogy comparing Chattanooga’s delicacy of a sound to wines blessed with “notes of oak wood”. While their city scene is initially inspired by strong Southern influences, the city's prowess for soul-bearing lyricism makes them more fluid and adaptable than most. Combinations like these are responsible for infectious hometown anthems like “Chatt Rats”. Driven by its nocturnal bounce, the third track quickly plays like an early standout.

Even on fresh territory, the concept proves to be successful throughout the project. Da Vinci’s down-to-earth penmanship complement Lege’s prismatic production leaps made, even in the project’s most unpredictable moments. So it’s understandable why the “iSpy” co-producer saw Michael as a good fit for all the ideas most wouldn’t touch. “I’m always pushing Mikey to get on some weird shit he's never been on and he never backs down.”

“And I murder shit every time!”, Michael replied in the same breath with supreme confidence.

“Not All Roses Is Red” is proof that you can throw whatever kind of abstract beat at Da Vinci with zero hesitation. On an odd mesh of airy harmony and tight guitar strings, the rapper wastes no time gliding through with his syrupy Southern vernacular. The same can be said for the lo-fi cut “Trust Issues” that finds the lyricist speaking more personal than ever. The EP isn't stranger to its own slow points throughout its track listing but there isn't one song concept that doesn't turn out working. Even when he's rapping beside quirky accordions like the ones on "Flower", Michael loses

Their quest for experimentally commercial balance is made complete on “Neverland”. The jazzy self-conscious closer is a continuous getaway that instantly swoops your feet off the ground. Led by some cloudy organ keys, Da Vinci becomes one with the tempo as uses the soulful dream production to provide a form of escapism on his inner-most thoughts.

Michael da Vinci has already accomplished what he set out to do with the creation of Roses. If you ask him, his biggest gains came from establishing sounds most are unfamiliar with. “Learning form this has to taught me that stepping into an uncomfortable situation can be the most rewarding… when we walked into {Roses’ creation}, it wasn’t to reach a particular sound or for sales. We just wanted to make the best shit we can create and the talent will speak for itself.”

The project’s entirety is proof worrying more about dropping bombs and less over their buzz dropping has paid off. If they can continue to create using this model, the EP’s outro "Neverland" could become rather a prophecy alluding to the prominent rise these emerging artists prepare to embark on. 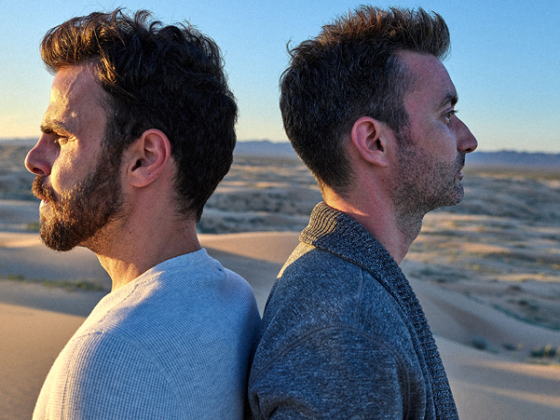 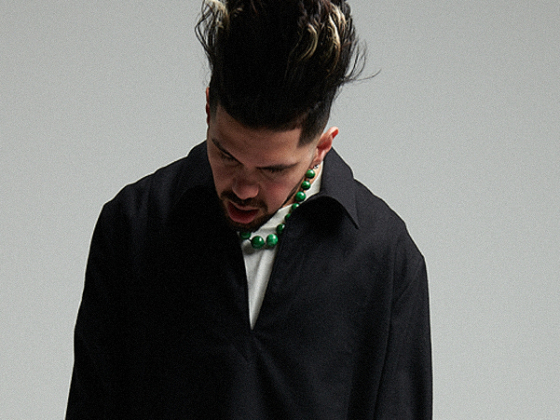