As I sit at my desk, staring out at a desolate, grey scene of bare branches, neighbour's forgotten plastic bag clinging to an equally forgotten bush, Rania Woodard murmurs in my ear, "I hear the weather is always nice out west." And while the line is delivered in the context of a toxic relationship on "not in a good way," hers and Brian Squillace's track as the duo LANNDS on their latest EP, lotus, there is a familiarity to it that speaks to my own personal moods, however removed they may be from the original situation that birthed it in the first place. Most of their writing has that mirroring effect, reflecting back whatever it on your mind at the time of listening in a kaleidoscope of sound.

I fumble with my phone as the other line picks up, inadvertently hanging up in the process. When Woodard and Squillace call me back, apologies gushing out of me, she kindly cuts my rambling short, assuring me that it was most likely her fault, and in one deft move, she's already told me everything about her that I needed to know. While her vocal work is often brooding, patient and slow, in real life, she is vibrant, a tinge of a Southern drawl shadowing her words (originally from Tennessee), which she readily gives, oblivious to the reaction they may get. In fact, it was her tweet in late June that first caught my eye:

"It was kind of just a lot of thoughts going through my head? I don't know, it just shouldn't be weird," she explains to me as I bring up the viral tweet. "And I just feel like a lot of the pioneers in rock and roll and blues have been people of color, and I just don't like how that's looked over. But I'm also like, 'man, I wish it wasn't highlighted in a way that felt weird.' I don't know if that makes sense. It's just a weird back and forth." The two forces constantly pulling Woodard in different directions—one where she embraces the praise for being a black, queer woman in indie music, and one where she wishes that the simple fact that she is wasn't the main headline—while instrumental to her development as an artist, are not the only ones shaping the style of the psychedelically charged LANNDS. The sheer energy the duo shares when put together in a room often pulls her and Squillace across his electro-heavy influences, while her own upbringing on Motown and street busking blues works to pull them back. "If you come see us live, you'll see it," he proudly notes . "She'll try some guitar or awesome songs that would normally have guitar."

Despite their differences in style, when it comes to the studio, they suddenly fit together like two lost puzzle pieces, with Woodard's leading melodies seamlessly blending into Squillace's synth work, and vice versa. "I think that two is the magic number. I'm coming from a place where I've been in a ton of bands," he admits. "Either, if you're doing it in a big band, everything goes lower, because everyone's voting on every decision. And then if you do something completely by yourself, you sometimes will just go in circles, because you don't have someone else there to kind of like validate your ideas, or someone to tell you that that idea sucks. [Rania and I], we can work really fast just because there's no nonsense. We actually like the idea of  keeping it really closed off, like, we don't really let anyone else in on the process for right now, because it's easier for us." She aptly adds, "it just works."

And that it does. Having been featured in few publications already, including Vanity Fair, as well as being scheduled to perform at 2019's SXSW Showcase, this unbreakable duo is hitting all the right chords with anyone who cares to listen. "We put this whole thing out ['lotus'] and people just like hit us up, like, 'yo, I really resonate with this song' or like, 'I really resonate with this one, thanks for putting this out.' So I guess in the end, that's truly what matters, people resonate with it on so many different levels." Woodard doesn't have to spell it out for me to know just how impactful their music is. While her lyrics are artfully dressed in liberating imagery— " I wanna get high / on the top of the himalaya / I wanna swim deep / in the trenches below the sea floor"—they can also turn inwards, sometimes not knowing what to say, simply repeating a word, as if it holds all the power in the world. The resulting six tracks on lotus can take you anywhere from a darkly lit club where the attendance is exclusive but the speakers are open, to a quiet solitary night, sitting there drinking that extra glass that you said you shouldn't have, and giving in to feeling it all.

"When I'm a listener and I start loving a song, it becomes my song. And I don't even think about the artist anymore." The most humbling aspect of these two is that they rarely put themselves up on the same pedestal as some of their favorite artists. While they are making genre-breaking, can't-stop-hitting-the-replay-button songs, they are also going on acid trips together, listening to their favorite records, and consequently throwing their own work in the garbage—literally. As the story goes, lotus was born after a six to seven-hour marathon of listening to albums while high made them realize that the original third EP they had worked on wasn't nearly up to par. So they started over. "First of all, I want to say that that we sat on it for way too long, like sometimes when you have too many, you know, pieces of the puzzle go as far as releasing music and you don't just like keep pushing, like anyone who's involved with a team of releasing, if you don't keep pushing, it doesn't come out in a timely manner, you get way too much time to think about it. And that definitely happened," Squillace shares. "But that wasn't really the main issue. Just listening to music, like six hours straight, just nonstop listening to every record that we love. And just like freaking out. And then towards the end, we listened to some of our stuff, and we're like, 'God, this isn't right.'" Woodard adds, "It's just like a gut feeling. And then also to add to that, like, I feel like we weren't confident, and like what we wanted back then and like, we were just kind of still doing stuff to kind of be, 'Okay, this is safe.' We're playing safe, you know, like structure wise. Now, we're just saying, like, 'yo, after this [acid] trip, it just makes sense to just go all out and be more of ourselves." Interestingly, two of the main records that inspired them to "do better" were Bon Iver's 22, A Million and Tame Impala's Currents. "Those records are literally a whole journey and a concept within themselves, so they're just amazing."

lotus may have been created as a result of their own respective journeys, but it opens up to so many more forks in the road, letting you choose which one to take. While the opener "ninety four" and "peaks" take you on a hallucinogenic trip down your own psyche, tracks like "o.o.w" and "lotus" release you from their tethers, hoping you'd stretch out your limbs and move to their rhythms instead.

"I feel like Brian and I both, like we're very analytical sometimes and like overanalyzing, so, I don't know, it's kind of like imposter syndrome sometimes like, 'okay, is this actually cool?'" Woodard answers when I ask whether this recording session felt any different than their previous ones. "So in some ways, it was kind of the same. But then in other ways, I think it was different in the sense that we tried really hard to turn off all external input. Like I think sometimes any artist writing music right now has that thing. Maybe when they're working on something, they're like, 'Oh, you know, could this be on a playlist?' Or just like thinking those kind of really superficial thoughts about your music to do the way the world is now. I think that we tried very hard to turn that off. Because we think that might have been the kind of mindset that kind of screwed us up in the past. And so, because of that, it was just more fun. And we're like, 'Okay, if we love it, then who cares?' And that's kind of the whole deal. Just like, it doesn't matter. We're not gonna worry about other peoples' opinions. "

Listen to lotus on all streaming platforms now. 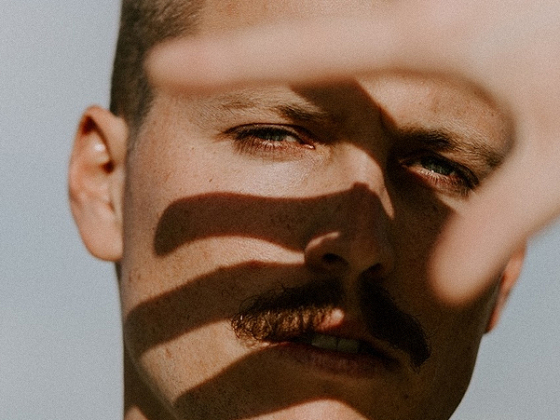 Ziggy Alberts's “Heartbeat” is a delicate and warm release 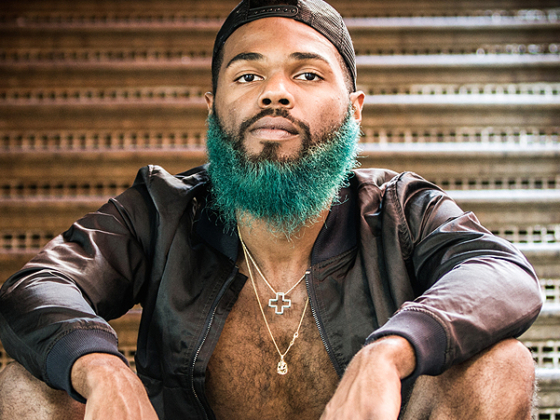