3letterzNuk breaks the news of his impending 16-cut mixtape I'm Back and drops the latest single "Like Me", available today via ZENtertainment/Sony Music.

Completely self-made, the Chicago born, Ohio-bred singer, songwriter, and rapper flexes both his production and lyrical prowess in the latest single. Weaving rhymes with confidence and swagger over a smooth R&B foundation, the track exudes energy that fans of popular and urban genres are sure to connect with.

As his first fully developed body of work, I'm Back will provide 3letterzNuk his first real opportunity to showcase his range and abilities as a multidisciplinary musician across 16 tracks. “What I’ve set out to convey in creating I'm Back is that I’m back on the scene and I still have points to make", he shares.

After working tirelessly in honing his craft, 3letterzNuk garnered some of his first major support from global sensation FloRida in 2015, who signed his first record and later opening up for him on tour.  His recent work releasing on ZENtertainment has lead him into collaborations with pop mega talent such as Aaron Carter, working towards his most successful release (so far) "I Wonder" ft. Marco Foster.  Given the rising artists trajectory and track record it's surely possible the rising artist's forthcoming release schedule has the potential to pack the same punch.

Compiled and composed during quarantine, he has used his time wisely to set the stage for a strong come-up in 2021. With a breadth of new sounds soon to be heard as I'm Back rolls out in the time ahead, fans can expect heaps of content in-tow. 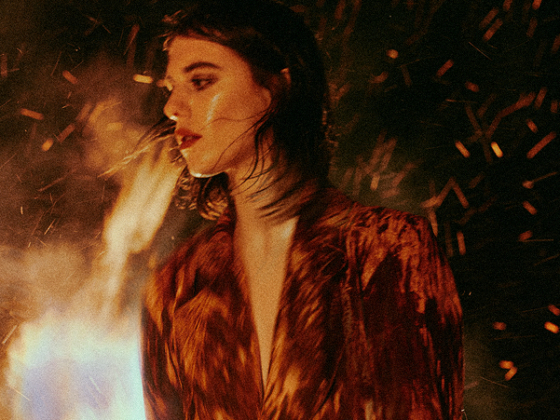 Sylvie Kreusch's latest single is "Just A Touch Away" [Video]