Matt McBriar and Andy Ferguson's journey with music is a familiar one to anyone who tapped into the electronic scene in the bloghaus days of the 2010's. Now, over a decade after launching their Feel My Bicep blog, the duo known as BICEP has announced the release of their sophomore album. And today our first taste of Isles comes ahead of its January 22 debut via Ninja Tune, with the release of "Apricots."

Isles will come four years after their long-awaited, critically acclaimed debut in 2017. And there's something more personal about this album, as it digs through their upbringing in Belfast amongst political clashes, and a club scene to seek refuge within. The duo explain in a statement, “We have strong mixed emotions, connected to growing up on an island, wanting to leave, wanting to return." McBriar continues, "It’s always been an unquantifiable topic for us. We’re not religious, but we're both from different religious backgrounds. There was always a lot of interest in us talking about those issues, but we always felt that one of the things we loved about dance music was that freedom it gave you to be released from talking about those things.”

This relatable tug and pull is on display on the album's first single, "Apricots." It hits with slightly uncomfortable dissonance, with elements of melodic techno shining through a nuanced repetition in production, samples recorded in 1958 by Malawian singers. It's a meeting of nature and urban landscapes. It's just enough to hold on to, to feel like we're experience growth throughout the listen. Amplifying those emotions is the accompanying video, from Mark Jenkin (winner of the  2020 BAFTA for Outstanding Debut by a British Director for his 2019 film Bait), where an analog display of decay tells the song's full story. A promising start for a duo a few months ahead of a landmark release.

You can pre-save Isles here.

BEKA steps up with the heartwarming single "I'll Be There" 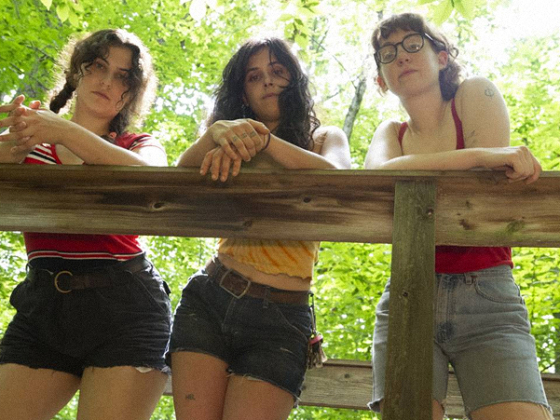 Palberta shine in new single "Before I Got Here"