Number One Popstar is a pretty daring name for an artist who’s barely releasing their first solo track. But that is precisely Kate Hollowell’s point. She doesn’t care if she does actually make it to the top or not. She’s number one in her heart, and she wants her heart to be in her music. And if her bold stage name didn’t catch your attention, then the title of debut single “Psycho” definitely will.

It starts out sounding like a 80s slow dance song until the keys and plucky guitars kick in. One can hear the New Wave influence with its restless sound and eccentric lyricism. In it, Hollowell talks about being in overly crazy in love. A part of the song feels inspired by 70s New Wave band Blondie’s “One Way or Another” as they both sing in the voice of a stalker. Nonetheless, Hollowell definitely makes this song her own. Along with a constant danceable beat, the chorus can is easily catchy with the synth mirroring the lyrics.

Hollowell is initially known as a director, making music videos for big stars like SASAMI’s “Not the One” and Katy Perry's “Champ.” This time, however, Hollowell took quarantine as the perfect time to launch her own sound.

She even took her own skills to make her own music video. Hollowell rolls around on a hoverboard through the empty streets of the suburbs. Her white leotard and heart eyepatch can only remind one of Nurse Elle from Tarantino’s Kill Bill. It adds to the psychotic element she’s trying to convey. Her outlandish dance moves also act as a reminder that Number One Popstar couldn’t care less about how she’s perceived. It’s all about passion for her. 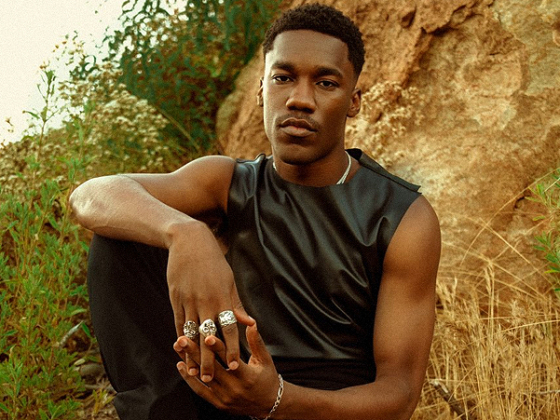 Giveon drops second official EP When It's All Said and Done