Ellen Allien needs little introduction. As one of the most prominent figures in the global techno scene, there isn’t much she hasn’t done. A Berlin legend who spent her early years frequenting spaces such as Tresor and The Bunker, before founding her iconic BPitch label. Allien is one of the most recognised and respected faces in the world of dance music.

Ellen's new LP AurAA follows her 2019 release Alientronic, and it's the third album she's produced in the last three years — her levels of productivity are sky high. Alongside running her two labels — with UFO Inc. being founded in 2018 — and producing, Allien is a renowned selector; she’s a Circoloco resident at Ibiza’s DC10, runs her own bi-monthly WeAreNotAlone party at Griessmuehle (which has now found a new home after its devastating close in January), and somehow manages to fit in everything else in-between — a modern-day superwoman, if you will.

Though her DJ sets are dynamic, fast, and furiously fun, many of her productions are simply ethereal. AurAA is no different, offering an introspective and emotional glimpse into her personality via the medium of music.

Allien talked with EARMILK about her new album, post-lockdown plans, and the importance of enjoying life.

EARMILK: Thank you for taking the time to talk to us! How have you found lockdown? Has it been a productive time for you, or have you used it as some time to step back for a little while?

Ellen: First it was a little strange because I just came back from vacation, so I was really ready for the clubs and for touring, I was very fresh. Then the lockdown was really shocking for me because it was something from outside which just took my life away — all our lives, you know. In Germany the streets were really empty so it was very strange, but it's not like that anymore because now it’s almost normal life again. I renovated my flat, my balcony, I bought a new bed, I made a lot of music — I still make a lot of music and my album’s just out. It's been very productive, I see many friends now and there’s been a big exchange between artists, because nobody’s travelling now.

EM: Yes, the new album is amazing, I saw that you recorded it in 2019, which is almost eerie given the current events.

Ellen: Yes, I recorded it in 2019 and the last track, “Human,” I made when the lockdown happened. I did some music already for “Human” but I added the lyrics over the top during lockdown. We wanted to bring the album out in Autumn, but then the lockdown came and I said to my BPitch label manager let’s bring it out now because I think the music fits so well into the moment.

EM: I was just about to mention that it feels very relevant and reflective of everything that's happening right now..

Ellen: Yes, exactly and it was crazy for me when I was listening to the music after my holiday. The lockdown was going on and I was thinking it's crazy — it’s completely what’s happening now, we should bring it out even if it’s complicated for us as a label. We don’t know how the sales will be; everything was shut down, all journalism is slow, and then we decided we’ll just do it because it’s the right time. Sometimes in art, you feel there’s a moment and know it’s the right one.

EM: It definitely does feel like the right moment. “Human” seems a lot darker and more subdued compared to the other earth-based tracks. Is this almost a slight criticism of the way we treat the planet?

Ellen: Yeah, it’s a touch melancholy because of what’s going on in the world and what we are doing to nature. It’s not easy to breathe anymore because there’s too much pollution, people suffer, there’s a lot of pain. Of course there’s also a lot of happiness but sometimes it’s just too much for me, to see how everything gets dirty. We could have a happier world but we are so trapped in this capitalism, which I understand completely. But it just hurts and I hope that we find better solutions. For me it’s also not easy, I buy records, I have a car — not in Berlin but in Ibiza — and I fly all over the world, non-stop. The list is long, but it sometimes just makes me crazy. I always try to find a way out, or to do something better, but it’s just not simple. It’s too much, but I also feel that the people are waking up now. Many people will talk about it or try to change and I think we have to.

EM: As with many of your other releases on BPitch, you find the perfect balance between sounds that are ready for the dancefloor but are also quite emotional. Your UFO Inc. label gives off more of a rough and raw vibe. Have you got any plans for any releases on that label soon?

Ellen: Yeah, at the moment we are doing an album, and then we have one compilation coming out with tracks which are club music, from over 30 artists. It will be a compilation called WeAreNotAlone, like our events. We were running events at Greissmuehle, which is closed now but they’ve found a new club, a warehouse. Well, more than one warehouse — it’s a very big building with different floors. They are renovating the club now and then they will reopen again, so we want to call this compilation WeAreNotAlone. It’s a lot of techno. I’m not a big fan of compilations but when the lockdown happened I felt like, okay now we have to work together. It has an amazing track list, and this is coming out in August. Boston 168 have a single releasing in July, and then we have something coming out from one of my favourite techno producers, Amotik, in the autumn, as well as AurAA remixes.

EM: Do you have anything else up your sleeve to tide things by until clubs open again?

Ellen: At the moment I’m thinking to do a live performance with visuals during the lockdown, maybe to play at museums. I’m thinking now how to bring that together quickly. I’ve tried to play live, of course, why not? Everybody just wants music at this moment, you know. For some artists they are taking a step back — everybody reacts completely differently to this. But for me, actions are very important now. There’s a big thing about these illegal raves and parties here in Berlin, in backwoods or in parks or whatever. Many people are saying this is so uncool to run illegal parties because of COVID-19, but I think it is very important that the government sees that people are doing it anyway. It’s better to open the club where everybody signs in, then you can follow if the sickness spreads again. So I think it’s important to open clubs but control it — masks, signing in, just as supervised as possible.

EM: Do you think the break we have all had from raving will affect how DJs play when we return? I’ve seen a lot of debate about whether DJs will be playing harder / faster / weirder as everyone will be so ready for it — how do you envision things being?

Ellen: I mean, at the moment it’s already a very fast time in techno. It’s because most of the people are very physical and very sporty. It’s a very physical time at the moment and that’s why the music is very fast, because you can jump, you can sweat, you can shake. I see that many people are going back to fitness studios, doing pilates, dance sessions — there are so many sports activities people are doing, and dancing is one of those. So yeah, it’s bringing back this rave attitude with some happy elements too. Some people still play very dark, it’s a little bit boring — I like melancholy but I also like to make people smile.

EM: You always appear to radiate pure positive energy when you’re behind the decks — other than your sheer love for music, is there a rule you live by for a happy and healthy mindset?

Ellen: Yes, I think this is very important. I mean to be positive, laughing or having good times is something so amazing — it’s just so uplifting. I don’t want to be in a club crying. When I’m with friends I like to laugh and like to have good times. Making people laugh is something very beautiful. It’s something we can do naturally if we want to share good vibes. I think sharing good vibes in these times is one of the most important things. The least we should be giving ourselves is uplifting times — enjoying life.

EM: Is there anywhere in particular you’ll miss this summer? Amongst other things, obviously you’re a Circoloco regular, and Ibiza just announced that no clubs will open this summer, so that must be a big void this year.

Ellen: I mean I’ve been playing at Circoloco for 10 or 11 years, so in May I would have been living in Ibiza again, but I’m in Berlin now. Of course when the opening was supposed to be, I was home on my couch and it was hard. There are some festivals that I play every year — it’s a disaster. I don’t look at my schedule anymore, or my dates; my booker doesn’t tell me about any cancellations, we don’t talk about those, we talk only about bookings that are really coming. I hope this stops soon, it’s hard to see your friends struggling as well. I'm going to Ibiza on Saturday to check what’s going on with my flat over there. I haven’t been for 7 months so I’m going over for 5 days now that flights are running to pick up some stuff.

EM: Finally, I really enjoyed your recent b2b with Hector Oaks – if you could go b2b with any DJ in the world who would it be and why?

Ellen: I mean mostly when I play b2b I like to play with people I know that the music is good with. I’m going to do a b2b with Matrixxman for Hoer. We had dates in May and June that we couldn’t do so now we are going to do one in August. I’m really looking forwards to it. We did one last year at ADE and it was awesome, it was really really good. Also with Hector it was awesome, we’re going to do another one with vinyl, maybe on Instagram or something like that. A quick session, you know? Who else? I don’t know! But I have these plans.

AurAA can be streamed and purchased via Bandcamp. 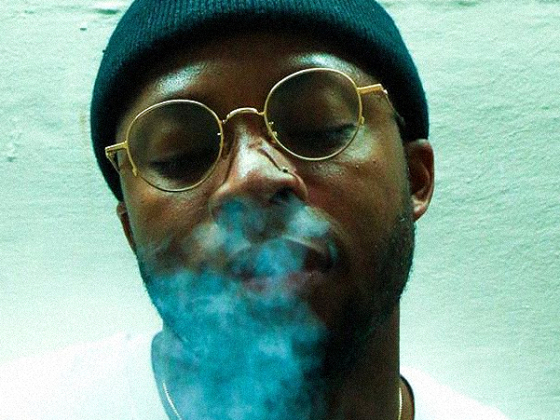 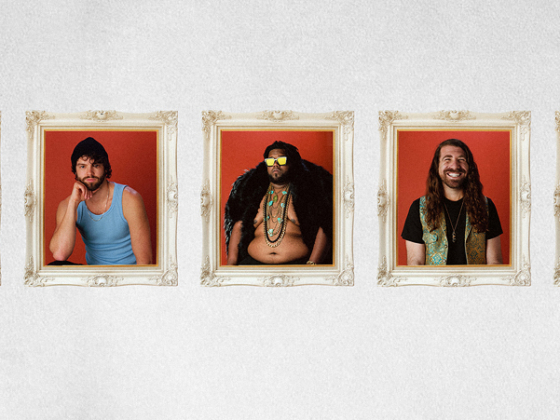