Over the past year, LA-based artist Rence has not only signed with the legendary Epic Records but has already released a handful of critically acclaimed singles – including almost 3 million streams on his track “Expensive” featuring Noah Cyrus.

Tracks like “Darkside” and “I Know” served as early indicators of a talented young producer and singer-songwriter that has a clear vision of moving the needle of modern music forward. Blending emotion-driven vocals, poetic lyricism, trap-style beats and catchy electro-pop melodies, Rence's music delivers unmatched uniqueness and complex production. What would be a chaotic mess for others, his blend of such varying beats and melodies actually translates into a vibrant kaleidoscope of sound. It's clear that Rence is a methodical producer but he's also unafraid to push the limitations of his own creativity and artistry. That is especially highlighted in the highly personal songwriting found within each track, which further adds to his allure.

EARMILK had the chance to catch up with the fast-rising artist upon the release of his new album today, Fall 2019. We quickly learned that Rence's music isn't catchy because he went into the studio with the intention of creating "catchy". It's catchy and memorable hooks derive from the fact that, frankly, it's actually fresh and unique. Much of his music feels familiar at times – sometimes it's a lo-fi trap song, an electro-pop banger, or a downtempo ambient indie track – but the fact that you can't really put your finger on exactly what it is, is what makes this bold young artist so elusive.

Check out the full interview and a stream of Rence's new album Fall 2019 below:

So how did you first get started producing music?

"I owe a huge debt of gratitude to my middle school and high school curriculums for offering music programs. It was in my eighth grade sound design class that my peers began making these incredible beats that gave me just enough curiosity to dive fully into music. I first built a studio in Seattle to help other artists and for a long time, I was just making beats and producing for fun because I knew I didn't have a lot to say at the time, lyrically. Then, when I moved to New York for college, I was surrounded by fellow creatives at NYU that inspired me to get into songwriting. During that time I honed my skills while working at a music publishing/branding agency and another studio for almost three years."

Tracks like "Ways to Go" speaks to that grind of that young aspiring artist. You've made some crucial next level moves in the past year, what advice would you have for someone like you a year ago trying to break through to that next level?

"I think a lot of it comes down to a determination for personal happiness. I thrive for getting things done, it's just in my nature and it's always been determined by the people I surround myself with. There's this saying that goes; You're the average of the five people you spend the most time with. I always try to surround myself with people that are getting things done. It doesn't have to be music-related or even financially focused but just a work ethic for whatever they are passionate about. That's what I try to instill in myself, even when I didn't know I was going to do music, whatever I was doing to do, I was going to see it out to the end. "Ways to Go" is super close to my heart because I wrote it mid-shift working at Salt+Charcoal in Brooklyn, while still trying to go to school full time, and make music full time. I hope it's a message that extends out and can also inspire other people to push past their own limitations."

You mentioned in a past interview that you were a part of the younger generation that, thanks to technology and streaming services, has access to such a mass variety of music. A lot of your tracks go from a trap beat, to a pop chorus, to an ambient electronic outro, do you have these different music genre's in mind when you go into the studio?

"Honestly, I don't even think of music in terms of genres, even mentioning a genre is one of those sort of taboo things that shall not be spoken of while in the studio. Whenever I work, the idea is for everyone in the session to be super excited about whatever we're working on, generally excited about the music. The goal is maximum creativity and keeping loose boundaries on myself for the type of music I want to make and if the music doesn't fit, then I get the chance to bring it to other artists afterwards. But that would never stop me from seeing it out till the end. I'm just trying to make the best things possible regardless of what that means. I do this for fun."

So is there really even a method to your songwriting?

"Much about it is the same way of not going into the studio with a certain genre in mind. There's no right way to create and I want to live that process as well. Some things start any and all the ways; to the poems I write, random sounds I recorded walking around and sometimes I'll walk into the studio and people are already messing around with something and we just keep that going and see where it ends up.

On your single "Expensive" how did you get connected with someone like Noah Cyrus then?

"I did this track with two of my favorite people two years ago, we were really hitting our groove in that session and created a song that was near and dear to our hearts but we didn't know what to do with it. So as many things go, the track just went to the back of hard drive on my computer and it just sat there and I forgot about it while I began working on other music. It was really other people who brought it back to life. From time to time, friends would ask people kept asking, "Hey what were you doing with that song that goes; This ain't what you want, this ain't what you need." For the longest time, I thought it needed something else but then my manager brought it up and talked about how it wasn't something else but it needed someone else. It really did need a cool but strong feminine vocal behind it, and it just had to be her."

"There really was no special or secret way about it. The label hit up her team, we sent over the music a bunch of different ways until we heard back. It just so happened that she was just sitting down at that same time asking her manager for what new artists were coming up with different music that she could be a part of."

The stars really did align just right for this then? Do you find that at all easier having now moved to LA?

"One thing about being in LA, there are so many genuine connections and personal connections to be made. I'm now really focused and surrounded with people working on my brand, working with music supervisors and so much more. There are so many people to work with, which is a blessing and a curse, but for right now I'm focusing on the blessing, of it."

Timely titled Fall 2019, the new album is out today across all major streaming platforms. Of the project, Rence shared, "The mood is darker—not necessarily because I’ve become darker, but because I have a dark side, and it’s been hanging around a lot lately. Basically, these songs are me going a little crazy. They were created while lost in myself and the world…feeling the weight of the world while still trying to keep a positive outlook that so many want from me.”
Connect with Rence: Facebook | Instagram | Twitter
*Interview edited for clarity
Total
1
Shares
Share 1
Tweet 0
Share 0
Share 0 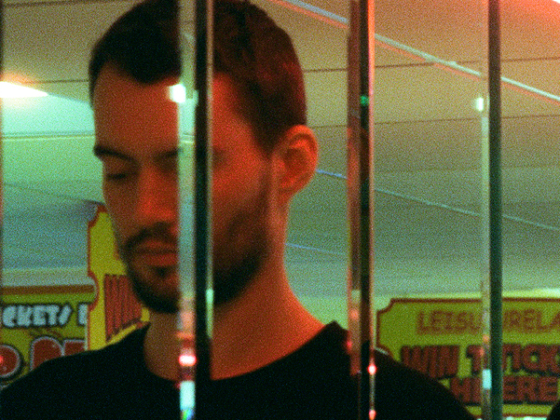 Harry Edwards shares music and visuals for "Almost Everybody/ Nothing" 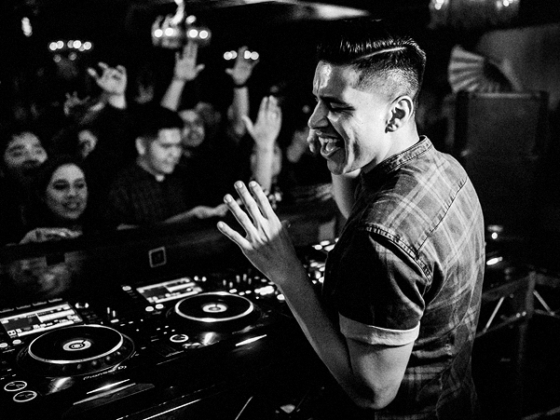 Ravell gets "Rockin" in his latest single