As much as love can be a beautiful feeling, sometimes things can get complicated when we feel deeply attracted to another person we just met. This week, Goldee Clarke hits the nail on the head with the visual to his song “More” describing the complications that come with romance, relationships, and attraction.

From having his mother absent from his life due to her substance issues to battling with a stutter that has caused difficulties regarding his communication skills, Goldee has overcome several obstacles throughout his journey to becoming a noticeable name in the music industry. As an R&B artist, he dives deep into his romantic side and seems to draw inspiration for his music from anywhere and everywhere. The Bronx native has also been recognized for meshing musical genres considering his early influences of blues and the “Ruff Ryders Anthem”.

“I met this girl at a bar some time ago, she was a bartender and she worked at this spot not too far from where I record," Goldee explains of the tracks' origins. "Whenever I needed a break from being in the studio all day I would stop by and have a couple of drinks with her. During our conversations, she would always bring up her boyfriend and how she wished he would treat her better. I could tell a mutual attraction was there but neither of us pushed the issue. One night while I was hanging out at the bar and he came by, and they got into an argument. When she got off work we went back to the studio and she asked me if I’d make a song about her, and I did. That’s how “More” was created. I had the whole song done in one night. In retrospect, I never had the courage to tell her how I felt about her but I was glad I had the opportunity to show her that night.”

The music video for “More” was directed by Walu who really brought the song to another level. The intimate visual includes muted neon colors and realistically reflects Goldee during his music making process in the setting of a home studio. The passion behind feelings of romance, attraction, anger, and disappointment is also shown through the persons involved in the storytelling in the visual. Walu's shots from various angles immerse the viewer in the video as if they were also going through what Goldee is experiencing in “More”. “Walu is a great storyteller and he put his own twist to it." Goldee says. Ultimately, Goldee’s “More” captures the relatable experience of meeting someone at the beginning of the night and it spiraling to a situation that ultimately becomes disappointing. Such a relatable experience makes the track all that much greater. In addition to his previous singles, “More” definitely helps to add Goldee Clarke to the list of talented upcoming artists hailing from the Bronx. 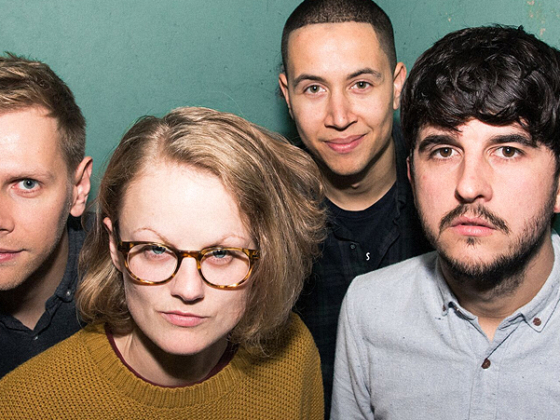 Kidsmoke returns with summer soundtrack-worthy single "She Takes You Under"