1 year ago by Ry Smith

In just one week, Wild Horse Pass in Chandler, Arizona will once again host it's fifth-annual electronic music extravaganza, Phoenix Lights Festival. Produced by Relentless Beats, the expansive festival has long sought to bring some of the biggest acts in electronic music to the Phoenix area.  This year's lineup is no different, as it was revealed that Kaskade and Excision would be leading the invasion, along with other giants such as Arty; A$AP Ferg; Claude VonStroke; Decadon; GRiZ; Jay Lumen; Jeremy Olander; Malaa; Mustard; Party Favor; San Holo; Sasha; Shiba San; Spencer Brown and Throttle.  With a lineup like that, it's looking like the fifth version may turn out to be the best one yet.

And in preparation for the festival, EARMILK and Relentless Beats were fortunate enough to get in touch with eclectic electronic duo, Big Gigantic, who prepared a personally curated playlist just for you! If you're reading this you likely don't need an introduction, as Big G's blend of mind-bending beats, thunderous bass and frenetic melodies has developed a rabid following since forming in 2008. Already dominating this summer's festival scene with their newest album release Brighter Future Deluxe, the playlist below is sure to get you ready for their live-performance next weekend. So check it out below, and if you haven't already snagged your Phoenix Lights Fest ticket, check the links below for more info! 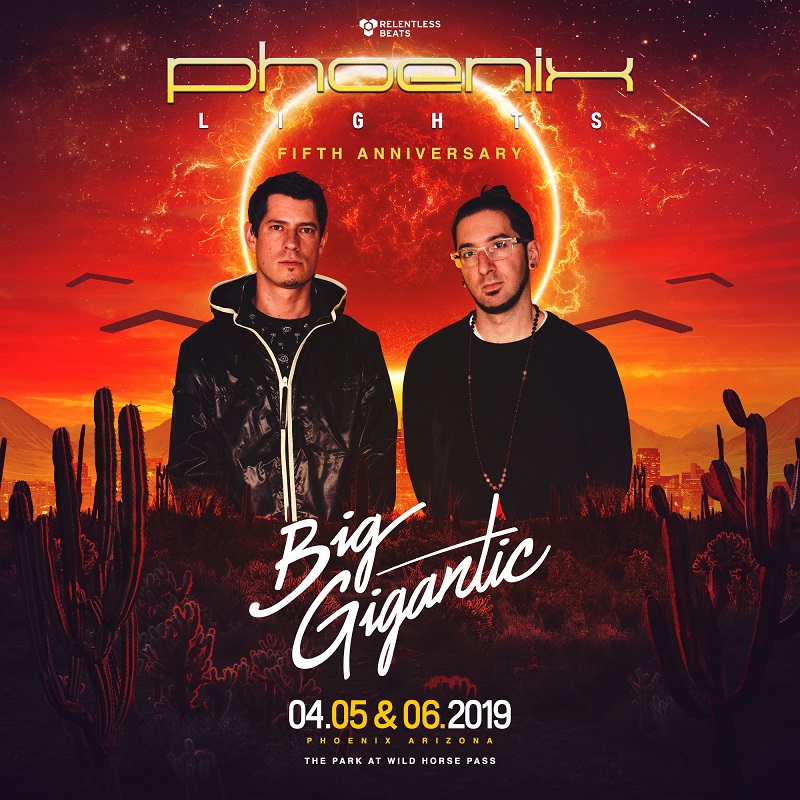