David August is currently on tour in North America, a rare treat for fans of his who rarely get to see the musical genius on stage. After his album, "D'Angelo", was released in October, he's been out of the studio and on the road – a big transition for someone who previously had to balance school work with the music profession. We got the chance to talk to him about that album release, his progression of sound through the years, and his mentality when it comes to performing live; all ahead of his show in Toronto where he impressed with a massive live setup that encompassed him on stage.

EARMILK: You took a break from touring extensively to focus on your music studies in the Tonmeister program in Berlin. Now that you're back into the world of making music and touring full time, how has the transition been?

David August: I was a bit concerned before starting to go on tour again. It’s intense being on stage and after not playing a show in one and a half years or so, you just need to get back to your comfort zone. Also, I really couldn’t tell if the new music and setup etc. would work out. I pretty much revolutionized it from the bottom. But once you play the first few shows everything becomes real and you start having more confidence. Obviously, you need a response from the audience to be objective about your work again. So the first period of shows was a learning process.

EM: How difficult was it to be in school and make music professionally at the same time?

DA: It was fine in the end. I was complaining during the time I was in school that I couldn’t focus 100% on making music nor to attend my courses properly, but everything made sense in the end. I am happy I went through these two things at the same time. You learn and feel stronger after being on the edge for some years. I was also lucky my course was not far away from my profession. I was able to bring both – making music and studying sound engineering/music theory – into each others life. It’s not like: I had to calculate demographic statistics while being on a plane to my next gig. I don’t know if this ever could have been possible.

EM: Tell us about your new live setup. What synths, drum machines, midi controllers etc have you incorporated?

DA: I always liked the connection between modern and old. I have some synths, a keyboard I play to trigger choirs, organs, harpischord etc. A Wurlitzer, a guitar, I sing. Then there are a bunch of pedals on the floor to loop the respective signals, some other toys to do weird stuff with them. Beside that there is a modular setup where I send signals from Ableton through, do real-time processing with it, or create sounds from scratch with it. I have generally many options to get lost, so it’s about finding the right amount of all these things to not overload the sound spectrum.

EM: Are you primarily playing new material or will you be performing some classic favourites?

DA: Yes, I’d say primarily new material. Usually, I include two or three bits of old songs, but really only teasing them. I can’t help it, but I can’t just „play" these old songs. If I do I have to show them in a new or totally reduced way. I can imagine for some listeners this might be frustrating. Probably even with the new songs I play, as I build live versions around them where the recognizable parts are really just a few that remain. I tend to mash them up with unreleased ideas or songs that didn’t come out but maybe have same key and tempo so they glue well together. Or I think: how would I like to experience that track live? I present the core of the song and take it from there. Might end up with a version that is 6 min longer than the original. I think it’s important, especially with electronic music, that we try to present the music that’s on the record, in a new way with as much spontaneity as possible. It’s really the only purpose I see in playing shows or attending other concerts: to see the band/artist create and present me something I haven’t heard, seen yet by this artist. You can really extend the narrative of the record with live shows, so you should take advantage of it.

EM: Switching to the production side, you recently released "D'Angelo", a 7 track album, in October. What was the inspiration behind this release?

DA: Well, it’s more a personal process that’s behind the album. I guess we all go through it in our mid/end twenties, but I just tried to know me better with this record. There have been Italian artists from the last 600 years I tried to connect to, having a dialogue with their art and getting inspired by it. I could relate with them, although being personalities back in time, the human being doesn’t really change. So this helped me a lot and it’s definitely an homage to my provenience. I actually spoke in previous interviews in details about what every song is about but this is something you have to discover yourself as a listener, I realize now. I was just really excited to talk about it and giving all these suggestions about what you can hear and what the songs’ narrative is as it’s literarily overloaded with information. If you’ll read the lyrics, connect the song names to it, it’s already something to have a good starting point.

EM: What's your studio setup like? Any favourite synths or plugins you like to use and can you mention anything specifically that was used in making the album?

DA: Not using any software synths or so. It’s a variety of stuff that came together. Recordings, modular, pianos, synths.., guitar and a lot of processing. I recorded a choir in Palestrina and played it with a sampler. So all these voices come from there. I do play these chorals live, too, which is pretty cool to have your own unique sampler basically with such a personal sound source.

EM: Your sound has come a long way from the earlier days; how do you see it progressing in the future? Do you envision more collaborations like the one with Deutsches Symphonie-Orchester Berlin?

DA: Hm. Good question. I don’t know to be honest. I just feel to reduce my sound maybe. Usually, it’s the melodically reduced material, I can connect to the most.
Collaborations of this kind like with the orchestra – take a lot of time and energy. I am really into collaborating at the moment but not in this size. It’s more about having the right person next to you in the studio and getting inspired by each other.

EM: You've situated yourself as a premier electronic artist, primarily outside of the club world. Do you find you've made a conscious effort to steer away from dance floor ready music and towards what one might call more 'listening' music, or is this just a natural progression of your sound and style?

DA: It has definitely been a natural progression on the musical side, but there have been moments where promoters or so didn’t get it. So we really had to make sure and fight for playing the right places, with the right people, to transmit to the audience this transition. But I feel a bit tired of this club vs. listening music debate. I really don’t mind about the genre. I am having an incredible team around me and we try to bring the best circumstances to where I musically am at the very moment. The vibe I was moving in just didn’t work for a club anymore, so we had to move. The music I will do in three years might not work anymore for the venues we are now, so we have to adapt again if necessary. This thought of categorizing every single move of an artist gives me anxiety as it goes totally against what art stands for, which is freedom in my opinion. The more we categorize and debate about it, the more we limit ourselves' perception and the artists who get influenced by that. So it’s really counterproductive in every sense.

EM: What are some of your favourite shows you've played?

DA: We had some really nice shows in Europe last fall. London at Roundhouse was a highlight for sure. Our light designer Tim Vermeulen did such a beautiful job with the scenography. It went very well with the architecture of that building. 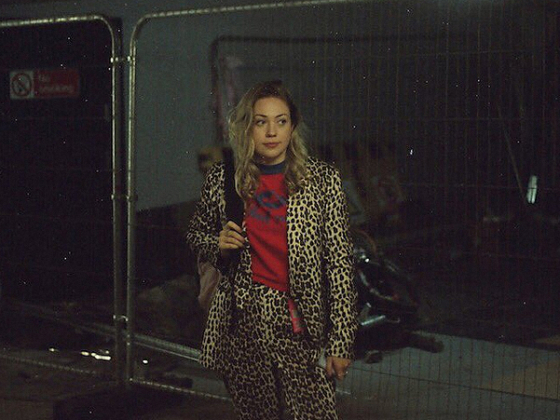 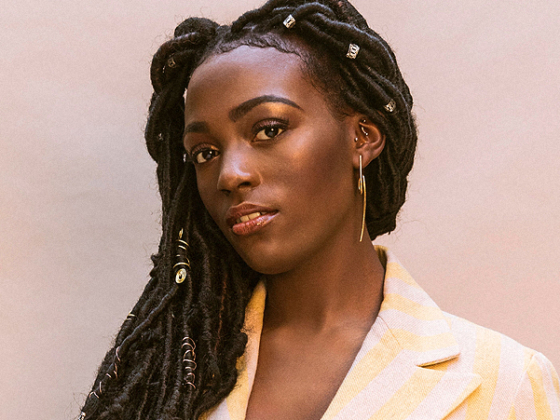