Going hard is an understatement when Los Angeles producer Valentino Khan hits the stage. From bringing the bounce to firing up the crowd a notch, Khan pushes the boundaries of genres, creating unique tracks which embody his theme of pushing the sound forward. Whether its a classic house tune like "Deep Down Low," or a hard hitting collaboration with Yellow Claw on "Don't Stop," he does it all to make his vision a reality with a side of bass. This past year has been hot with releases, including his most recent single "Feel Your Love," to rewind us to the  old school summer vibes in a heartbeat.

Following a rather enjoyable ride backstage during Contact Winter Music Festival,  I had the pleasure to sit down with Valentino and gain some insight behind his distinctive style of production. 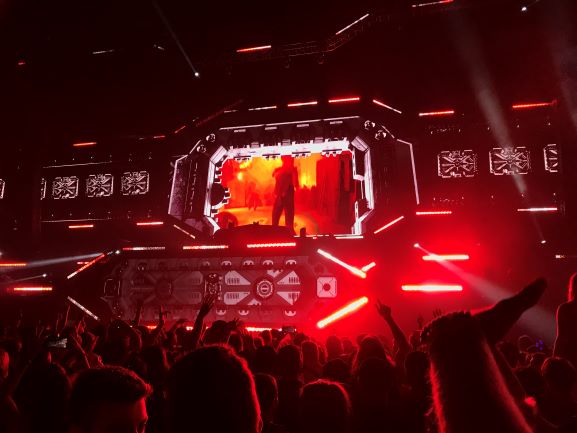 EARMILK: When was the moment you realized that your music was being played and shared around the world?

Valentino Khan:  I think the first time I realized that DJing was a career and stuff was when I did a release on Mad Decent called Ruckus. It's the song I did with Will Bailey and I remember seeing a video of Dillon Francis playing it like. I don’t know. seven years ago? and I realized that people are listening to my music.

E: Known for your innovative and diverse production of music, what inspires you when you are producing a new track?

E: 2018 has been a crazy year for you in terms of releases, from “Lick It” to your remix of Alison Wonderlands “Good Enough,” what would you say has been your proudest accomplishment for the year?

VK: Definitely continuing to build what I have been building on. I think it has been dope to be able to have a sound where you know I am making great house music like "Lick it", but at the same time go all over the place and even do hip-hop production, like co-produce “Welcome to the Party” with Diplo, and then even do a VIP remix of that. It’s been fun to have my sound and push it forward, but at the same time have my hands in other things.

E: Exactly, i love how you throw around different genres and play around with it. Just around a month ago you performed an insane b2b with GTA and 4B at EDC Orlando. Were there any key moments or stories in Orlando you can share with us?

VK: We didn’t plan much…we kind of shared some music with each other and I think we all  just communicated with each other up there. I think that’s part of the fun aspects of that set is that we all had a general idea of what we were going to play, but we were surprising each other up there and that’s definitely what made it fun. I think it translated to the crowd -  if you watch that set you could tell that we were really free styling the entire thing pretty much, like 99% of it.

VK: I did it before I went on tour with the Bloody Beetroots I think in 2013. I just messed around one day, did it out of boredom and then posted a picture on social media and everyone was like no you can’t shave it. So I just kept it.

E: That's crazy and now it's part of your merchandise. So you didn't intend on having it be a part of the Valentino Khan brand?

VK: Nah (laughing). It wasn’t intentional or anything. People just liked it so much that I just ended up keeping it.

E: With 2019 around the corner, what can we expect from you in terms of future collaborations? Would you say you will be collaborating more in the hip-hop industry?

VK: Definitely working on some rap production and I got a collaboration with Kayzo that I just wrapped up and you can expect that to be out really soon… and yea I am going to be making a lot of dope house music. I think that is a big focus for myself and like I said just trying to push everything forward, pushing the sound forward.

Be assured the crowd could not be contained after this interview as Valentino threw down an insane amount of energy to continue the party after a bass driven set from Crankdat. 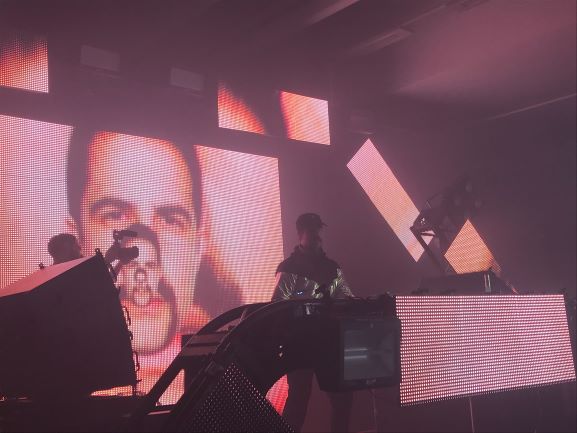