There are some of us dedicated to rummaging the inner regions of the web in search of that good alternative urban music and serving it directly to music lovers. This initiative is what we call "The Slice" at EARMILK. Every fortnight we share with you 10 or more ear-grabbing songs from genres ranging from hip-hop, grime, soul, afrobeat-pop and dancehall. So let us do the digging for you while you sit back, relax to some brilliantly crafted music from around the globe.

Melbourne hip-hop Queen Sophiegrophy is back with a vibrant jam titled "Caution". The record sees her working with longtime collaborator Jia Lih who provides her with the necessary canvas to drop pure swag laced vocals with a fiery performance. The official music video produced and directed by Fun Films & Social Bligh helps bring the new banger to life with colorful visual concepts and set pieces. We dare say it's a good way to kick off this week's list.

Joe P. the MC is a lyrical poet and he caught our ears with his new record titled "WEST COAST". Over a dark, solemn backdrop, the mellow-voiced rapper creates an immersive experience with his descriptive style on this one. Armed with a straightforward flow, he takes his time with the off-beat lyrics and unusual references on the track. There's an added touch of authenticity that he evokes in this track conveying a message of being honest with oneself, chasing dreams, moving mountains, surmounting issues, and using speech to grow and succeed with style.

Campana– "I Know You Can Relate" (feat. ParisAlexa)

Campana shares the self-directed visuals for his love-laden soulful record "I Know You Can Relate" featuring vocalist ParisAlexa. This time he moves away from his past brooding tones and delivers a bright, fun-filled song that deals with the matters of the heart. However, don't get it misconstrued as Campana still maintains a killer edginess and off-kilter demeanor.

UK producer Handbook has a knack for crafting soothing, dreamy soundscapes and his newest instrumental, "Can't Talk Now" delivers such vibes. The mellow strings and synths are joined by a soothing vocal sample that occasionally steps in to add a nostalgic vibe to the soundscape. The NY-based producer is currently working on an instrumental project, so keep a close eye on this one.

Nigerian-born, London-based artist Obongjayar delivers his unique blend of experimental soul music in the form of the visual for his latest song "Never Change". The track is a poignant look at self-growth from different perspectives and lenses. He also mentioned that growing up in Calabar, Nigeria inspired the song. The Duncan Loudon directed video showcases an artist who has found their own unique lane and is sticking to it. It's certainly a unique lane we can also get behind.

Austin based rapper Abhi the Nomad stirs up the nest with a brand new jam titled "FEUD". The single sees the experimental rapper teaming up with Sherm over a vibrant soundscape made up of pitched basslines, ominous guitar riffs and a funky percussion to match. Both emcees complement each other with their fun-filled style and solid lyricism.  They are just here to have some fun while trying to knock our heads.

Mister and Curt Cataract (feat. Hemlock Ernst) –  "Approaching Land"
We head to Detroit with Mister and producer Curt Cataract who also team up with Hemlock Ernst on their new single titled "Approaching Land".  Over a solemn, head nodding beat, Mister takes the listener deep into his thoughts as he searches for peace from within.
Akinyemi -"Enrollment"
The ever working Akinyemi delivers a soulful, mellow soundscape in new song  "Enrollment". The track kicks off a tale of being reliant on oneself portrayed through a laid-back flow and vivid lyrics. This song is a one-off track so we are not sure if it's related to any pending project thus far but keep an eye out.
Nonames – "Til I’m Rich" feat. Jammz, Marger, and Grim Sickers

James Miller, a.k.a Nonames of Foreign Beggars , delivers the visual for his new solo track titled "Til I’m Rich" featuring Jammz, Marger, and Grim Sickers. The track helps bridge the gap between the OG and new wave of grime artists with a unique blend of styles. It's hard hitting yet entirely smooth flowing. "Til I’m Rich" is taken from his upcoming solo EP titled E Numbers EP.

Sara Diamond has been prepping for her new project and once again delivers another soulful gem she calls "Colors". The track has a nice mellow groove and soothing melodies. In the track, the singer dwells on creating an ideal situation to make a failing relationship work. A noble task but one things for sure, this track truly delivers something beautiful.

Rapper and producer Vice Soulelectric teams up with producer Young RJ (of Slum Village fame) on this poignant new record titled  "Blip". The cinematic track dwells on two sides of the same coin. The rapper takes the listener deep into his hometown of Lorain, Ohio and comes in contact with a younger, flip side version of himself in the process. The visual was directed by Jinks Mos Hi. Get the audio here.

Singer-songwriter Divina Blackson debuts on The Slice with her single "No Ordinary Woman". Armed with a lush, alluring vocal style, she breaks down what makes her no ordinary woman. Musically, the song has a vintage R&B vibe mixed with modern soul elements. Hit the play button and get familiar with the London-based musician.

Columbus, Ohio's own iSojah and Greg Owens for "Gotchu", a smooth sampled track that brings out all the summer vibes. The sampled hook glues the track together while the duo delivers dense bars over the soulful soundscape produced by Greg Owens.

Emerging multi-talented artist Quincy Mumford returns with a soulful effort titled "I gotta Feeling". His alluring melodies and emotion-filled songwriting and plush groovy backdrop makes the single a perfect jam to get lost with. Once again, he teams up with NY-based producer Jenaux who helps produced the spectacular track.

Emerging from the elite San Pablo/Bay Area music scene in California, hip hop/neo soul recording artist Fatimah Patrice kicks up some dust with her new record titled "Wise Guy". The fiery emcee displays depth in her lyricism as she breaks down her winning mentality over the hard-hitting trap soundscape. She also brought along some friends to help solidify her statement. Emcees MC-Coy, Ron Deazy & Chris Quality join the fray and bring added energy to the heavy track making this one a complete knock-out.

Tiyon Christian, a.k.a. TC, drops a soothing Xmas inspired song titled "Mine".TC expresses his love for the lady that caught his eye and aims to make her his one and only. The love-laden song blends traditional sounds with new melodies and background vocals that create a relaxing listening experience that will help you through the merry season.


Jamar Carr shares his "Pain" on a poetic new track with vocalist Bianca Sings.  With a classic 90's style hip-hop scheme, the solemn song takes you through a lyrical journey of Jamar's frustration with the current industry and the issues that plague the black community.

Otis Mensah literally blacks out on his new song titled "Solar Eclipse". The jazz-tinged record takes the best parts of live instrumentation and classic boom-bap vibes as Mensah kicks raw bars while making coffee for the patrons. The visual was shot by Grit Multimedia at Ink & Water Coffee and serves as his 10th music video.  "Solar Eclipse" is taken from his new EP Mum's House, Philosopher and can be streamed on Spotify, Soundcloud, and Bandcamp.

Douze's new single "A Midnite Thing" serves as the right accompaniment for an evening cruise. The mid-tempo jam is a blend of electronic, nu-disco and 80s pop music that would make you bounce and soothe your soul simultaneously. "A Midnite Thing" is the first song off his new EP 'Space Jams'.

Emerging NYC-based rapper Tabby Wakes shares with us her new single tilted "Tabby Night". The vibrant song is a blend of trap, rap, and some catchy pop vibes. The lush production (courtesy of Brenmar) and charming vocal style makes it an alluring work of art.  The Fool’s Gold Records signee is also into brand consulting and works with feminist skate collective Brujas and streetwear company Milkcrate Athletics. 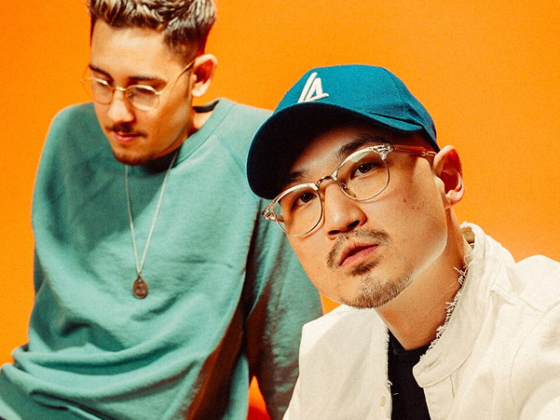 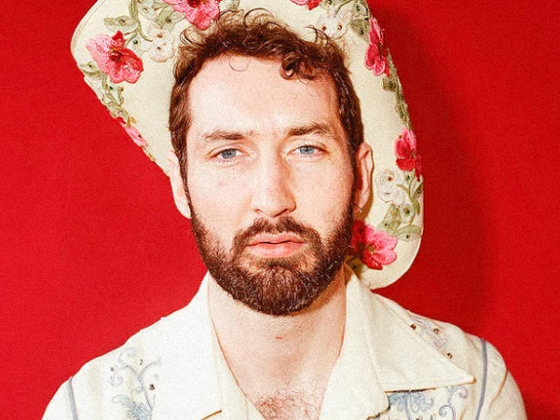