At EARMILK we love ARTHUR's work. Happily catching our ears last year with his swirling epic and wondrously fluid Challenger EP. The experimental artist has since built up a cult following, namely of those that greatly admire his quirky kaleidoscopic acid pop songs and diverse sound-garden. Luckily, for those listeners, in this trail-blazing aspect, you'll be excited to know Woof Woof once again follows suit.

Perhaps one of the most brilliant qualities to ARTHUR's work, is his ability to spin the weirder, and more bizarre aspects of the day-to-day, easily into a web of music. His work exists superbly, as though 'absurdity' and 'emotional realness' are long lost friends that greet lovingly over coffee. Intermingling trivial notions, and at points seemingly random sonics are not easy, especially when forging them into pop music. Yet with unquestionably catchy, sizzling strong melodies ARTHUR creates bold, off-kilter, and frankly beguiling pop. Woof Woof often exhibits misdirection from ARTHUR's melodic choices, a stage trick often used in magic to dazzle an audience. As a result, ARTHUR's harmonies are equally interesting, and definitely not always pleasing 3rds and 6ths. We were extremely keen to ask him about his wizardry.

A lot of people when they write songs say “I want to make a song like this” or “this is my favourite music.” When I’m writing songs I don’t think about anything. It’s just whatever comes out if I sit in front of a keyboard, or a guitar and sing. It’s like the sound of my feet on the ground. I guess my feelings and frustrations play a part. But, I’m also influenced in some ways by the nature of reality. In fact, everything mixed together, in a bad and good way; things as they are, a functional standpoint. – ARTHUR

Ok, so this is an album that thrives in the in-betweens it was born in. Decisions that are strange and unexpected to other artists seem effortless to ARTHUR. Woof Woof is clearly pulled from another world, a world hidden to the average listener. What dimension has ARTHUR crossed over from?! We are intrigued about his music – we know that he plays everything on his recordings. An understated instrumentalist, he occasionally also jams out on his Instagram. ARTHUR tells us that he records everything at his mum and dad’s house because it’s got a certain vibe. This was also the first time that friend, and engineer Caleb Laven also got involved in mixing the tracks to "get all of the ugly frequencies out." But we're still eager to learn more about his songwriting process, what could he tell us..

Yeah, most of the songs I would start to think of a melody coming into my head, and I would just pick up the guitar and keyboard and quickly record a demo. I would then come back a week later. I’d put the song together in 6 or 7 hours and just record straight. I’ll have a melody and think about what chords lie beneath it. Sometimes I’ll have to adjust the melody, but then I’ll write words to the melody as the chords progress, and then I have to think of more. Hearing the chords beneath the melody can tell me how I want it to progress. I hear the next note, and I have to work towards that note. Usually I’ll write the chords and then I’ll craft it together as one thing.  – ARTHUR

Pumped full of oxymorons, and delightful mix-choices wistful "Sweet Memory" illuminates ARTHUR's paradoxical vision for his own journey of music and magic. Marrying his eccentric vocals together with unorthodox song structures builds a matrimony fit to live in a unique castle of sound. There's a warm and welcome home in Woof Woof. Blending playfully cute, and character full ideas to deliver unique gold. Perhaps Woof Woof embodies a loyal dog for good reason.

Made up of 16 songs, many of which are just over a short minute, each track feels somewhat like a solar eclipse, or sips of pink lemonade; a refreshing and lovely mix of moments that are over too quickly. As a result, we must savour the overall glass. ARTHUR tells us that his favourite track is "Food" a piano-y endeavour away from his limbed guitar. One of our favourites is "Twist" – in what seems to start as a warped country trip, before mallets later lead into a nostalgic video game. We imagine ARTHUR running as pixels, leaping into green tunnels on a quest for stars. Even though the album is actually less than 30 minutes in length; this is clearly something that does not reflect the time it took to brew. We wondered what it feels like to complete such a wonderful debut album.

It takes so long, but an album is part of you when you make it. It’s yours until it’s in the world for other people to hear it, and then you can move forward with your life. When I think of making this album, it was a whole time of this very specific feeling. Every day, putting everything together. It was part of me, at a certain time. For the next one I can be like: "Ok, I don’t need to think about any of those things any more. Now I can think about something else." – ARTHUR

With Woof Woof, ARTHUR beams his abnormal music straight into our world, full of contradictions, confusion, and magic. We love it. Woof Woof is out with PLZ Make It Ruins tomorrow Friday 16th November. Make sure to pre-order and support ARTHUR here. 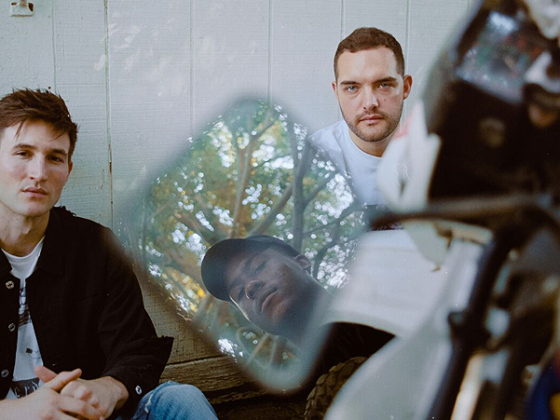 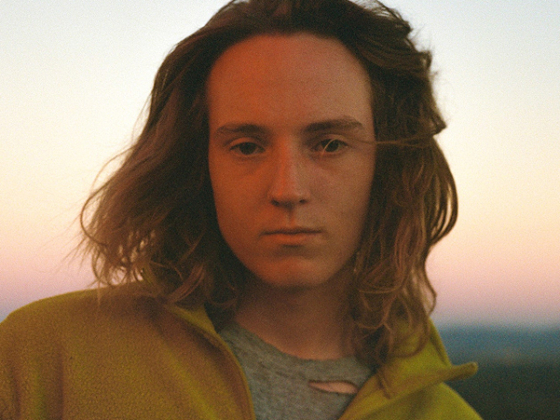