2 years ago by Rasheed Tulay

The term "polymath" is defined by German philosopher Johann von Wower as: a person with knowledge of various matters, drawn from all kinds of studies ranging freely through all the fields of the disciplines, as far as the human mind, with unwearied industry, is able to pursue them.

In a 2015 TED Talk entitled "Why some of us don't have one true calling", career coach Emilie Wapnick examines how this term can and should be embraced in modern times by those who find the idea of a "traditional" career path all too stifling:

I began to notice this pattern in myselfwhere I would become interested in an area and I would dive in, become all-consumed, and I'd get to be pretty good at whatever it was, and then I would hit this point where I'd start to get bored...

I thought that I would eventually have to pick one thing, deny all of my other passions, and just resign myself to being bored. The other reason it caused me so much anxiety was a little bit more personal. I worried that there was something wrong with this, and something wrong with me for being unable to stick with anything. I worried that I was afraid of commitment, or that I was scattered, or that I was self-sabotaging, afraid of my own success.

In 2018, the stigma against those who shun a "traditional" career path for a more multi-faceted take on life has lessened but not disappeared completely. But there are very few minds in the current music and fashion scene who embody this entrepreneurial spirit ideal as clearly and boldly than as Rhode Island turned LA-based creative director, recording artist, DJ, music video director, actor & fashion designer Theo Martins. 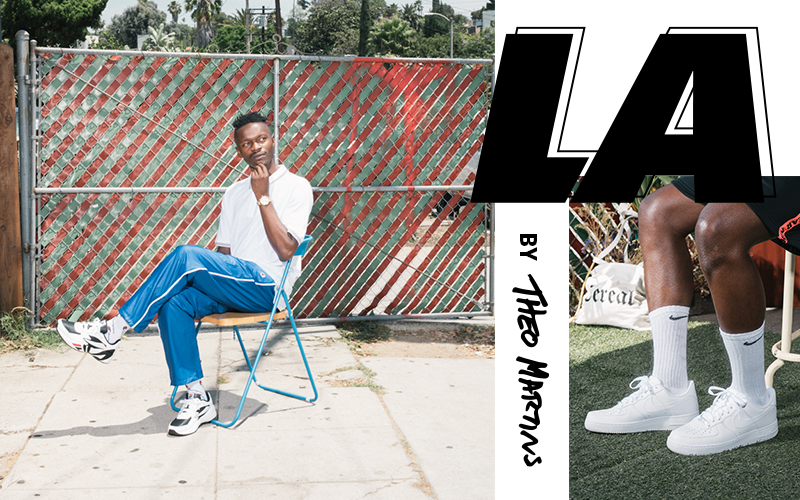 Currently best known for his latest community centered venture Cereal & Such and buzzing clothing line Good Posture, Theo is a man of many roles who couldn't have it any other way. EARMILK has been given the chance to sit down with the rising auteur to speak about his latest collaboration with Footaction and his plans for the rest of 2018!

EARMILK: Seeing how many different roles you seem to take on from day to day, how do you usually explain to family members what your main occupation is?

Theo Martins: To be honest, I don't think many folks in my family know exactly what I do. But I will say that my biggest supporter in all my endeavors by far has been my mother, as she has been the one to always remind me of the talents that I have been neglecting at that point in time.  "How come you aren't acting as much as you used to?" "What happened to all that music you were recording.." etc. etc.

EM: Who would you say first inspired you to enter the creative space?

TM: When I first started out, my mom would always hear my plans and compare me to Puff Daddy, as he was one of the first great entrepreneurs of hip-hop who parlayed his way into so many different industries. Of course, I'm also going to have to give credit to the legendary Skateboard P! Growing up and listening to N.E.R.D. and The Neptunes impacted me in such a huge way, as they were like the first musicians I listened to looked, dressed, and a liked most of the same shit I did. That also extends to Kanye West and Lupe Fiasco.

But I feel like probably my biggest inspiration from that world is definitely Will Smith. I think our origin stories are very similar, and to see him go from rap phenomenon to the biggest style icon of the 90's to the biggest actor in the world is awe-inspiring. 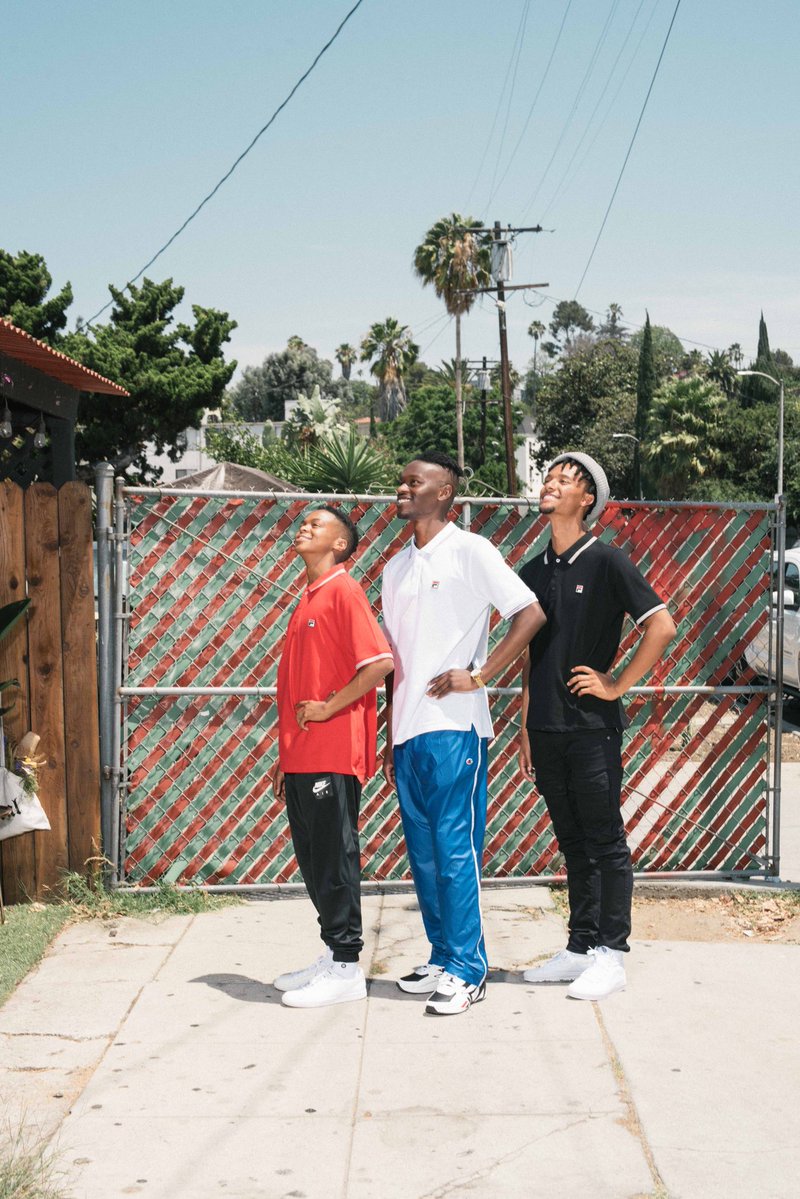 EM: Do you sometimes feel overwhelmed being involved in so many different creative endeavors?

TM: I thrive in all of the different mediums because it stresses me out to just focus on one thing for too long. There have been times in the past where I had to like, dumb down my ambitions so I wouldn't intimidate the people around me. But ever since I moved to LA, I realize I don't really have to confine myself to a singular space as I've been able to connect with so many successful individuals in just about every industry.

I really enjoy pulling all of these different worlds together, and it feels like being knowledgeable in one medium allows me to approach another medium from an unique standpoint. For me, there is no separation or difference between being on stage and off stage. I try to put myself fully into every project so it's all consistently genuinely "Theo".

EM: Was the idea of "no separation between you on or off stage" the inspiration behind your Instagram vlog series "The Theo Show"?

TM: "The Theo Show" was an interesting video segment idea I had when I first jumped into music. It was just a cool way for me to vlog the behind the scenes process of my music and tell a story through a visual medium. I would have a  bunch of random video segments while I was recording and hanging with my friends back in Rhode Island, and it was getting kind of popular since it was back when blogs were first flourishing before every site had a Youtube video division. Since Instagram started utilizing video, it just felt like the perfect platform to showcase little 50-second clips of my life behind the scenes, whether it's me eating breakfast or shooting a music video. 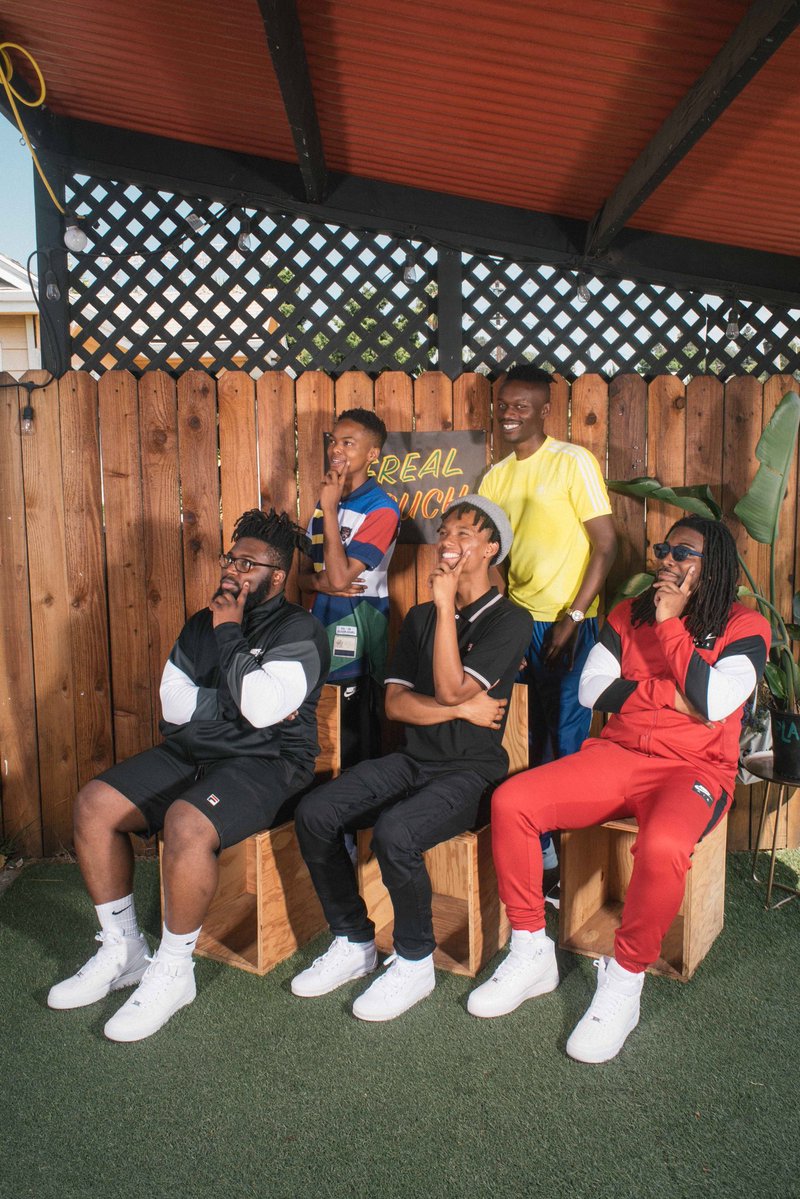 EM: What is the ethos behind your lifestyle brand 'Good Posture'?

TM: Good Posture was me trying to make stylish clothes and accessories for people who grew up in similar circumstances like I did, kids who wanted something tasteful but did not have a lot of money to chase trends. So my line is the type of brand that I would've wanted to wear when I was younger, who was into a certain kind of music and certain kind of look.

Cereal and Such was me taking that idea a bit further. I just thought about curating a communal space where people of different disciplines, races, and ages people can be brought together through a universal love of cereal. It is a club-house and for people who identify with what I also Identify with. The cereal is just a gateway entry into my world.

EM: How did this Footaction "No One Way" collaboration come to fruition?

TM: Footaction basically reached out to different creative directors and artist in different regions to be brand ambassadors for their "No One Way" campaign, and I was chosen to be the west coast creative director tasked with creating a lookbook featuring all of the new fall gear. It has been an honor to work with such an influential and encouraging entity.

With the lookbook, I was essentially trying to tell the story of the first generation Nigerian teen, my story. The story of the kid who didn't have much but managed to stay fly by sticking to the essentials, one outfit at a time. Having to make the most out of a little, you are forced to understand the importance of taste over value. You would have to buy a particular sneaker or piece that you knew would look a bit better worn out and distressed rather than something trendy that only looked good pristine. Footaction allowed us to style outfits that encapsulated those sort of moments. But we also had to keep it within our Cereal and Such brand to make it feel as fun and glossy as possible!

EM: I've been seeing that you have taken up a music video direction of late, making videos and content for D.R.A.M., The Internet, and even N.E.R.D.

TM: I got into directing and shooting all of that stuff just through relationships organically built from starting Cereal and Such. I never wanted to be that guy chasing a deal or trying to be someone. I just wanted to make a space to bring in creatives without pretense. Through that, I have been able to meet people who have presented me with opportunities.

It was a privilege of me to work With the Internet on their Hive Mind LP. It was a surreal experience because I feel like it validated my mindset, that I wasn’t wasting my time with these endeavors that other people appreciated my creative outlook. If you think about early 2000’s A&Ring, to be an artist in that era being a musician probably sucked because the label completely dictated who you were, what you wore, what you looked like etc. But now artist have the freedom to convey whoever they want to be, and to be able to collaborate with all of these artists in that process has been extremely humbling. 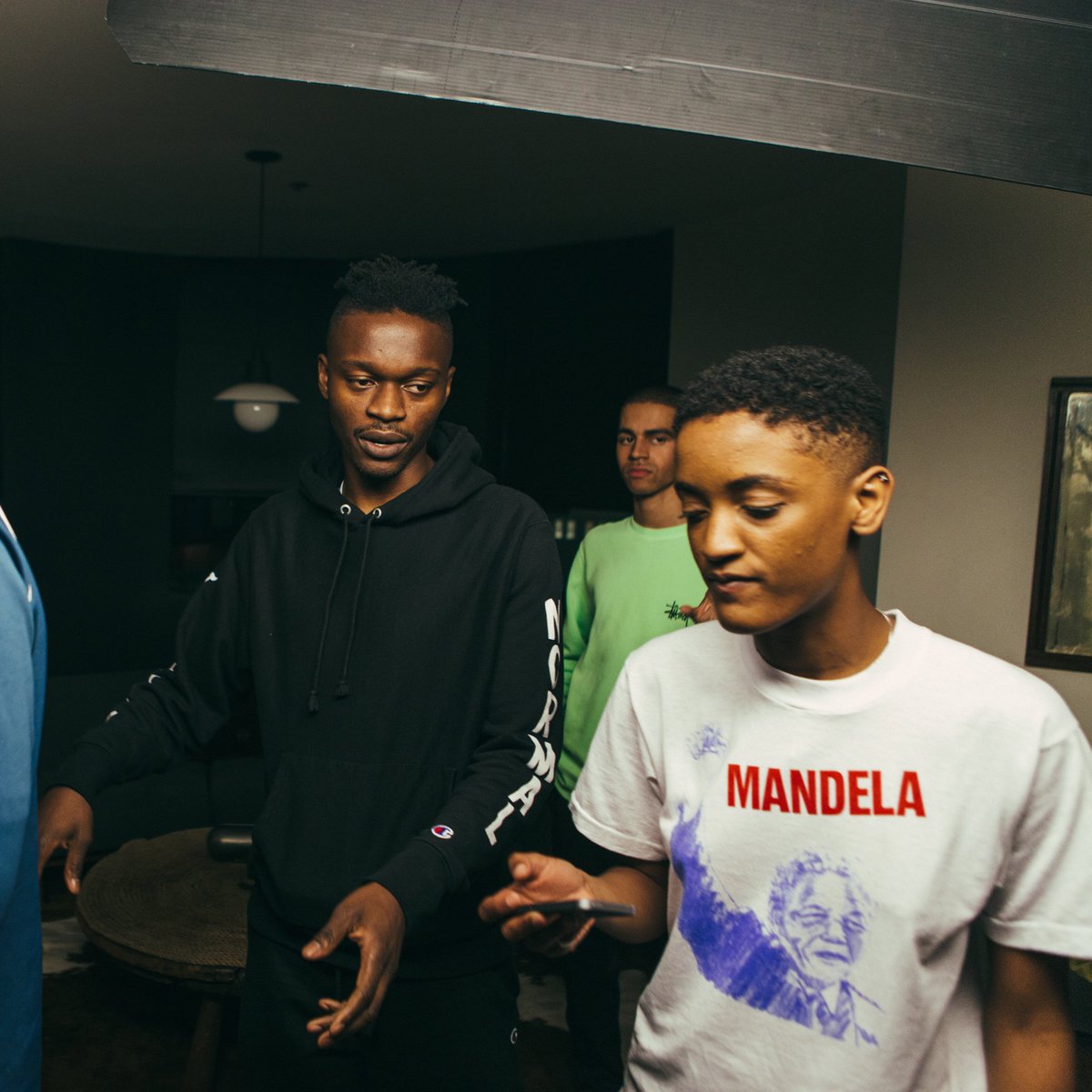 EM: When can fans expect to hear some more new music from you?

TM: Fans should expect to hear some more music from me in about a month or so. Cereal and Such is planning to release a compilation album called Cereal Sounds in about a month with a variety of different artist from LA and beyond. Me and my partner Free are spear-heading the entire project and are looking to have it be our version of The Neptune's "The Clones" LP. Something whimsical and fun to close the summer out with. I’m eager to self-release the project through our Cereal and Such label.

EM: Do you have any last words for any aspiring creatives?

TM: I feel like everyone tend to end these sort of interviews with a cliché like  “just believe in yourself”, but I think what’s most important is that you do WHATEVER you want to do, no matter what. Even if you feel like whatever you like or who are you aren't being represented out in the world, it's up to you be that representation. You have to fully acknowledge yourself through your own work. It's not necessarily about working yourself to the bone, as "working hard" is pretty relative, but you have to do the work that you feel you were called on to do, by any means.

LA heads! Be sure to go to Theo Martins' / Cereal and Stuff's No One Way launch event at Westfield Mall this evening from 4 PM to 7 PM.