It’s 9:15 am in Monterey and the morning fog has already enveloped the downtown area. Mist hangs heavy on the windows of every house below the Presidio. In one of those houses I’m clutching a cup of coffee, talking on the phone to one of hip hops most overlooked up and comers. Of course, Jords knows this. He’s well aware of his “slept on” status, and while the young South London rapper is human like the rest of us, he somehow finds a way to put aside the frustration that comes along with building a career in music. He’s discovered a way to distance himself and see the big picture. Unlike most of us, Jords has perspective and self-awareness, two things that make him a real standout in an industry that turns most artists into either diamonds or dust.

As with any interview, our conversation moved from introductions and pleasantries right into his recent release. After the Ends, his latest EP in a trilogy of projects, is much more than just the bookend on a successful trio. Rather, After the Ends is the final brick in a pathway forward. “I feel a lot more free to whatever I feel like making…Even when I made Before You Begin, I knew I had to make After the Ends. But now that I’ve made After the Ends, I feel like I can make anything. Anything is possible.”

Naturally, after a statement suggesting he’s free to create anything, I ask about what's next, hoping he’ll reveal details about an upcoming album. But while the rapper born Jordan Edwards-Wilks admits he hits the studio every day, he isn’t ready to release a new project. Not because his latest tracks aren’t good, mind you, but because they don’t all work together. “I want to make an album, but it has to fit as a conceptual piece. I’m not just going to make a bunch of singles, put them together and call it an album, if you know what I mean. It has to have some theme that makes sense and a story of growth that makes sense.”

In an era when artists jam pack albums with 25 songs, dub it a “double album” and then proceed to smash records set by The Beatles, Jords' take is a welcome one. For Jords, it seems, an album is a work of art, something that’s meant to have staying power and influence. It's just a tool for amassing more streams.

No wonder, then, when our conversation moves to his place in the UK hip-hop scene, Jords is keen to cite Good Kid M.A.A.D City as a guide. “When you look at GKMC, that’s such a timeless body of work, you see it as a moment in time. That’s what I want all my music to be.” But, everybody wants to be like Kendrick, right? The guy is at the top of the totem pole these days. Drake may have the numbers, but Kendrick has the universal love. So what makes Jords different from any other aspiring artist? Honestly, it’s his self-awareness.

Aside from literally explaining to his grandmother that the rap game requires self-awareness on EP closer “Red Wine Flows,” Jords’ litters his discography with the thoughts of a man who knows precisely where he stands. “I could have hundreds of thousands of views on whatever platform, but then you’re looking at the person with a million, and then there could be somebody with five thousand looking to you like ‘ah, but this guy has so many views.’ There’s always a higher level to be looking up to but, if you enjoy the process, when you finally get to that bigger stage you look back on it more positively. You have to enjoy everything around you, which I’m kind of learning to do.” It was his last line that knocked me back and made me believe every word from there on out. Jords admits he hasn’t cracked the code, but he’s trying.

From there, our talk moved towards touring and booking his own shows. Where anyone would either complain about having to do the work or take the opposite road and brandish their indie status like a badge of honor, Jords takes a learned middle ground. “It would be nice to have an agent, but it’s good to do it yourself….When you do it yourself, it adds value. It’s like being an independent artist and getting a top ten single rather than being a signed artist and getting a top ten single. It will add value to you when you do eventually sign that deal.” Again, I find myself surprised. For somebody with the talent to string together velvet wordplay as well as produce boisterous beats, his lack of global stardom would seem frustrating. Yet, Jords sounds content, using every opportunity as a learning opportunity, knowing each challenge will help him grow.

With all the talk and reference to self-awareness, I had to bring up a particular line that stuck out to me through several trips into After the Ends. On “Tek Time,” Jords raps, “If my hairline wasn't fucked, I'd grow dreads.” If you’re familiar with the artist, this line will come across as a surprisingly unsurprising revelation. In nearly every press photo, social media post, and video, Jords sports a hat. As it turns out, this decision isn't motivated by fashion; it’s because he’s self-conscious of his receding hairline. “If I don’t address it, somebody’s going to cuss me about it. If you own what you do, nobody can tell you shit.”

As the hour mark approached, our chat came to an end. Jords spent the last few minutes explaining his grand schemes for the future, only some of which he could elaborate on, but all of which dealt with putting power back into the hands of artists. “We should own everything that we do and enable other creatives to own what they do as well.” And those aren’t empty words. After the Ends was released independently under his own imprint. Refreshing to hear somebody talking game and following through, eh?

Before hanging up, I asked Jords if he’d like to add anything to our phone call. “It’s corny now," he said, "but I want to thank everyone.”  He then paused, thought for a moment and continued by admitting that even he can lose sight and become numb to the process. He confessed that he'll occasionally get too wrapped up in his work, and ignore his fans. “But recently my phone broke, so I haven’t been looking at social media or anything like that. But it’s shown me that you have to appreciate the process and appreciate everyone around you that’s been supporting you and has continued to send messages. If anyone reads this, I want them to know I do appreciate that.” 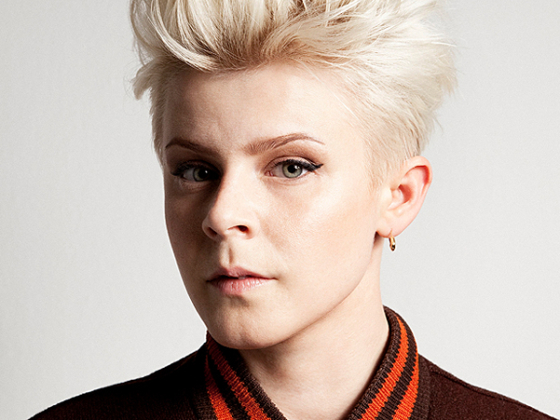 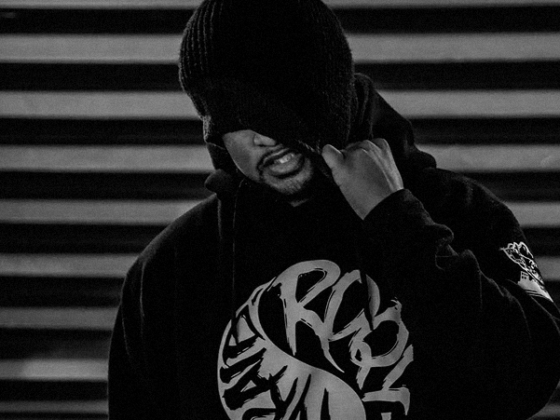